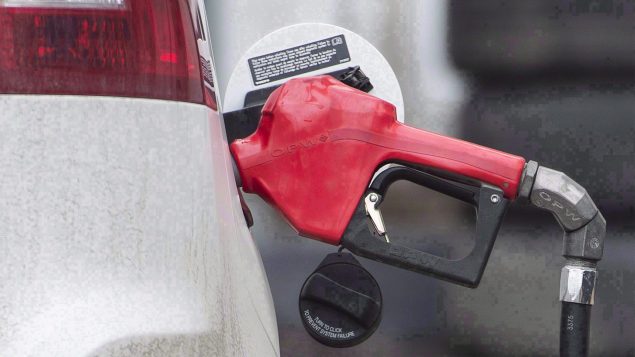 A gas pump is shown at a filling station in Montreal on April 12, 2017. Statistics Canada said on Wednesday, Feb. 17, 2021 the annual pace of inflation heated up in January as gasoline prices rose for the second consecutive month. (Graham Hughes/THE CANADIAN PRESS)

Residents of New Brunswick, Ontario, Manitoba and Saskatchewan will be paying more for gasoline and heating fuel as of Monday as the federal government begins taxing carbon emissions in provinces that refused to impose their own emission pricing or whose programs were deemed insufficiently robust.

In the provinces that already have other carbon pricing measures, such as Alberta, British Columbia and Quebec, nothing changes, since they have models Ottawa has deemed acceptable.

Resident of the three northern territories – Nunavut, the Northwest Territories and Yukon – will begin paying a carbon tax starting July 1, 2019.

The Liberal government of Prime Minister Justin Trudeau argues that the federal carbon tax is needed to lower the country’s carbon emissions to allow Canada meet the greenhouse gas reduction targets it agreed to at the Paris climate summit.

Under the new scheme the federal government will be taxing energy companies that in turn are expected to pass on those costs to customers.

To compensate for the cost of living increase, the Liberal government has vowed to return every single dollar it collects in carbon tax to the people in the province in which it was collected.

The opposition Conservative Party has denounced the new levy as “a tax grab.”

Speaking to supporters in St-Georges, New Brunswick, Monday, Conservative Leader Andrew Scheer vowed that his first act as prime minister would be to scrap the carbon tax.

“The Canadians I talk to are not interested in paying higher gas prices,” Scheer said.

Ontario Premier Doug Ford has described the carbon levy as a “job-killing” tax that will increase prices on everything. He has warned that it could cause a recession – a claim economists dispute.