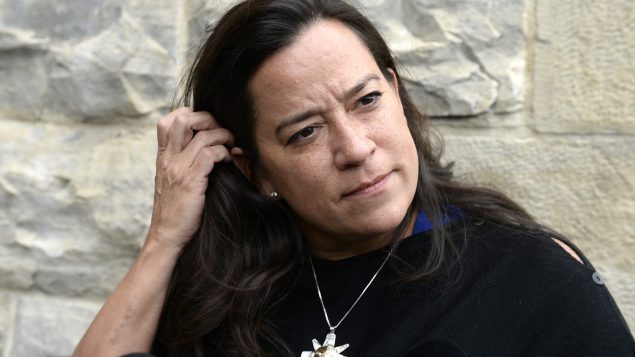 Former justice minister Jody Wilson-Raybould was booted out of the Liberal caucus Tuesday despite writing a passionate plea to her party colleagues defending her stance in a political scandal that has hobbled the government of Prime Minister Justin Trudeau.

Trudeau expelled Wilson-Raybould and former Treasury Board president Jane Philpott from the Liberal caucus, saying that trust with the two former cabinet ministers has been irreparably broken.

“The trust that previously existed between these two individuals and our team has been broken, whether it’s taping conversations without consent, or repeatedly expressing a lack of confidence in our government or me personally as leader,” he said.

“It’s become clear that Ms. Wilson-Raybould and Dr. Philpott can no longer remain part of our Liberal team.”

I have just been informed by the Prime Minister of Canada that I am removed from the Liberal caucus and as the confirmed Vancouver Granville candidate for the Liberal Party of Canada in the 2019 federal election. More to come…

I ran to be a Member of Parliament for the purpose of improving people’s lives. Nothing will stop me from continuing in that pursuit. More details here: https://t.co/zSoLgR62j8

Earlier in the day Trudeau’s former right hand man released a series of documents designed to poke holes in Wilson-Raybould’s claims that she was moved to a less prestigious cabinet position because she stood up to pressure from the Prime Minister’s Office to intervene in a criminal case against Canadian engineering and construction giant SNC-Lavalin.

Wilson-Raybould resigned from cabinet in February following an explosive report by The Globe and Mail newspaper.

It alleged that she was moved to the less prestigious veterans affairs portfolio in January because she refused to bend to PMO pressure to override the director of public prosecutions and offer SNC-Lavalin a remediation agreement instead of a criminal trial on corruption charges tied to Libya contracts.

‘I’m not the one who tried to interfere’ 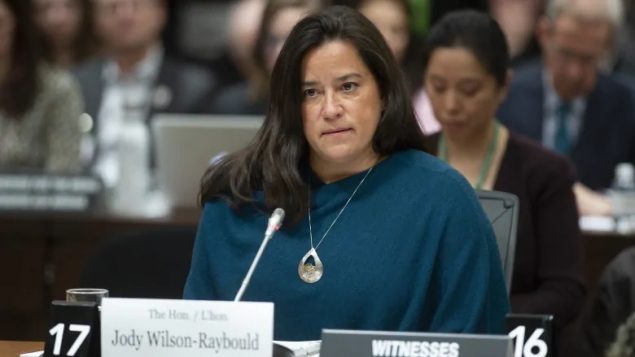 In her testimony to the House of Commons Justice Committee last month Wilson-Raybould, the first Indigenous Canadian to hold the position of justice minister and attorney general, said she felt inappropriate pressure from the PMO and other officials to intervene in the SNC-Lavalin case.

She also reiterated her belief that her demotion to veterans affairs minister was retribution for her principled stance in protecting the independence of the office of the public prosecutor.

Last week she also released a recording of her conversation with the former Clerk of the Privy Council about the SNC-Lavalin affair as another proof of the pressure she faced.

The seemingly unending political scandal has seriously undermined Liberal chances of re-election in the upcoming federal elections later this fall.

In her letter to her Liberal colleagues, Wilson-Raybould wrote that she understands their anger and frustration.

“I am angry, hurt and frustrated because I feel and believe I was upholding the values that we all committed to,” she wrote. “In giving the advice I did, and taking the steps I did, I was trying to help protect the prime minister and the government from a horrible mess.”

She also defended her actions on the SNC-Lavalin file.

At the same time Gerry Butts, the prime minister’s former principal secretary, tabled with the parliamentary justice committee dozens of pages of text messages and a transcript of a conversation between himself, Trudeau and Wilson-Raybould that took place one week before the Jan. 14 cabinet shuffle.

The transcript of that call, which took place while Wilson-Raybould was vacationing in Bali, confirms that the B.C. MP told the prime minister she believed she was being shifted out of justice “for other reasons.”

Trudeau told her the shuffle would not be happening if Scott Brison hadn’t resigned as Treasury Board president.

In a short interview with CBC News Tuesday Wilson-Raybould said she sees no contradiction in her assertions that she was shuffled to veterans affairs because of SNC-Lavalin and her statement that she believed Trudeau when he assured her that she was being shifted out of justice for other reasons.

“I don’t know how those versions are inconsistent,” Wilson-Raybould told CBC News.

She, however, refused to answer a question about why she recorded the conversation with former Clerk of the Privy Council Michael Wernick without informing him about that.

Read the text messages and transcript submitted by Gerald Butts to the Commons justice committee: