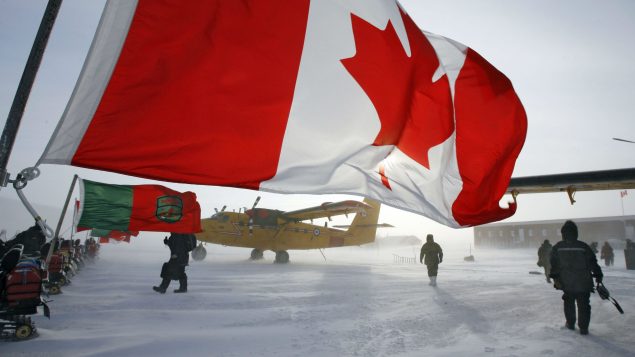 A Canadian flag in Eureka, in Canada’s eastern Arctic territory of Nunavut in 2007. A report this week gives recommendations to Canada on everything from geopolitics and international law to international security. (Jeff McIntosh/The Canadian Press)

The Standing Committee on Foreign Affairs and International Development presented its report on the Arctic to Canada’s House of Commons on Wednesday, and northern experts are praising the recommendations on managing the country’s evolving relationships with Russia and China in the North.

The report,  “Nation-building at home, vigilance beyond: Preparing for the coming decades in the Arctic,” stressed the importance of Canada’s continuing to work with Russia through the Arctic Council on environmental, safety, transportation and human development issues, but urged the government to work more closely with NATO to “…deepen the Alliance’s understanding of Russia’s military intentions in the Arctic and to consider the most appropriate and measured response.”

Russia has made heavy investments in reviving its Soviet-era Arctic infrastructure, including military, in recent years as maritime traffic increases along the Northern Sea Route and oil and gas projects are established in the Far North. 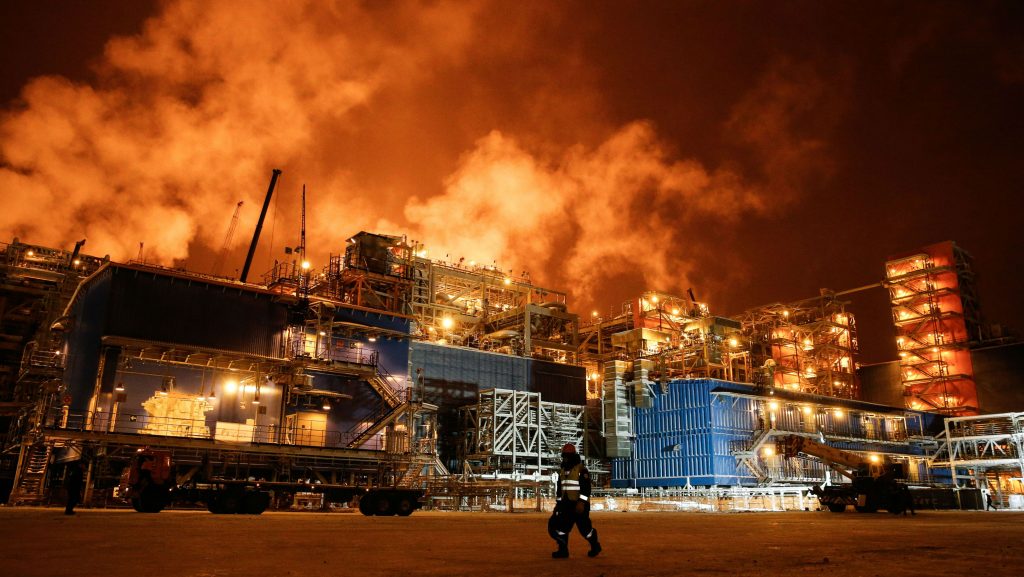 The Yamal LNG plant in the port of Sabetta on the Kara Sea shore line on the Yamal Peninsula in Arctic Russia. The country is making huge business and infrastructure developments in its Far North and creating closer ties with China on Arctic projects. (Maxim Zmeyev/AFP/Getty Images)

The committee also called for greater engagement with China to better understand that country’s growing interest in the Arctic.

China is already an observer country at the Arctic Council but raised eyebrows in 2018 when it released its first ever White Paper on the North where it described itself as a `”near-Arctic state.”

“Russia and China are two actors that have garnered a lot of attention, and even some alarmism again, when it comes to the Arctic, but this report focuses on constructive engagement,” said Whitney Lackenbauer, Canadian Research Chair at Trent University in Ontario, in a phone interview. 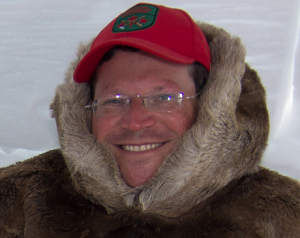 “Canada was very hesitant to have NATO adopt an explicit Arctic position for worries that it would unnecessarily provoke Russia,” says Trent University’s Whitney Lackenbauer. “I think this report reaffirms a political appetite to reengage.” (Courtesy Whitney Lackenbauer)

“On China, we need to be cognisant of some of the risks associated with China’s engagement in the region like security and safety issues when it comes to things like environment and business development in the Arctic, but I like the report’s focus on deeper engagement with China and not jumping ahead to assuming that China is this massive sovereignty risk in the Arctic.”

Indigenous partnerships – ‘Vigilant foreign and defence policies are not enough’

“Canada’s challenges in the Arctic are not limited to security and defence,” the report said. “There is also the national imperative of ensuring vibrant communities. Yet, the Canadian Arctic continues to suffer from an infrastructure deficit. The needs are extensive and well-known. The absence of needed infrastructure is inhibiting the economic development of the North, perpetuating a sense of precarious isolation, and maintaining the cost of everything at a prohibitively high level. 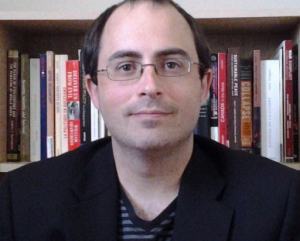 “The recommendation for an annual Arctic report to Parliament is much needed,” says the University of Ottawa’s Mathieu Landriault. “It can be challenging to figure out Canada’s comprehensive approach and actions in the Arctic region, and a report will clarify that,” he said. (Courtesy Mathieu Landriault)

“In choosing to tackle such issues in a report of the Foreign Affairs Committee, a direct line is being drawn between Northern and Indigenous empowerment and the assertion of Arctic sovereignty. As the title of this report makes clear, vigilant foreign and defence policies are not, on their own, enough. That approach must be combined with nation-building at home, pursued from the basis of meaningful partnerships.”

Mathieu Landriault, director of the Montreal-based Observatoire de la politique et la sécurité de l’Arctique (Observatory on Politics and Security in the Arctic) and a lecturer at the University of Ottawa, says the report’s focus on issues around governance, active occupation and management of the Arctic Region, instead of the ‘who owns what in the Arctic’ debate that dominated for so many years, signals an important maturing of Canada’s positioning on Arctic questions.

“For a long time there were two overarching narratives; either an “Arctic scramble” for resources or an “Arctic struggle” for  territory,” he said in a phone interview from Gatineau, Quebec.  “I think this report did a good job at tampering that down. A lot of the sovereignty section is focused on Indigenous and Inuit occupancy and more meaningful partnerships with northerners. That’s an important direction.” 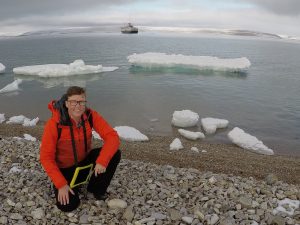 Among the reports recommendations are for Canada to develop a co-management framework for Arctic Canadian waters that would see Inuit in a leadership role with the federal government, as well as increasing Inuit representation in the Canadian Coast Guard.

Jackie Dawson, an Arctic shipping expert, co-scientific director of Arctic Net and an associate professor at the University of Ottawa said the report’s focus on northern communities was one if its strengths.

“You can’t create a  strategy in the South for the North, you have to start on the ground. And they actually spoke with northerners.”

Headlines have long trumped a shipping boom in Canada’s Arctic as ice melts and previously inaccessible waterways become navigable. However, maritime traffic in the Canadian Arctic is still dwarfed by shipping numbers in the European Arctic.

Although the report stresses that shipping numbers in the Canadian Arctic are still relatively modest, Dawson said the report underplays the risk the modest increase in shipping has in places like the Arctic.

“An accident in the Arctic is not that same as an accident in Vancouver,” Dawson, also a climate scientist, said in a phone interview from Ottawa.

“It’s factually true that ship numbers aren’t significantly increasing, but the numbers of kilometres travelled by those ships has tripled since 1990. And these increasing kilometres in Arctic travel are creating an exponential risk that’s not captured in the report  – and that growth is going to continue.” 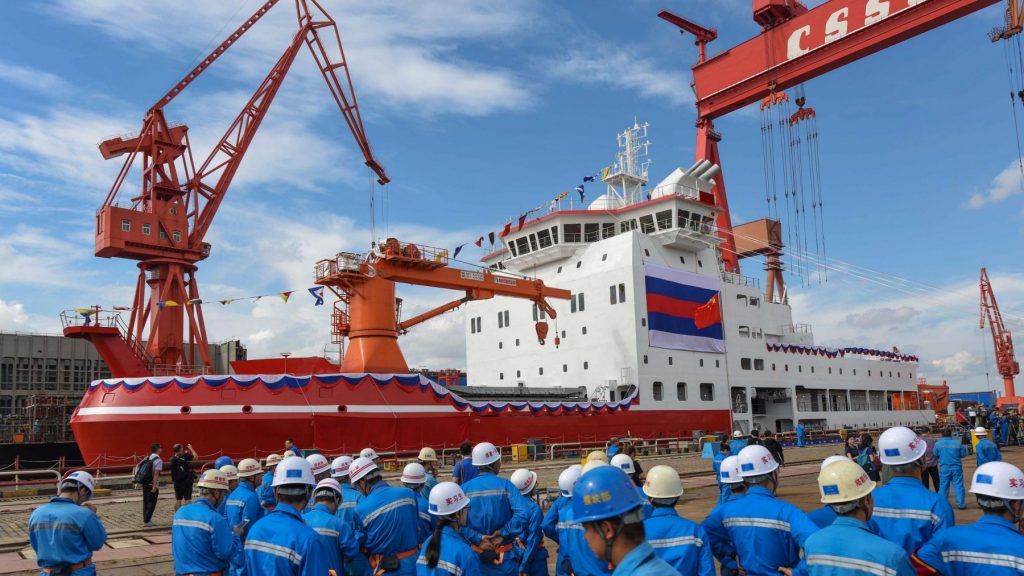 Xuelong 2, China’s first domestically-built icebreaker, during a launch ceremony at a shipyard in Shanghai on September 10, 2018. (STR/AFP/Getty Images)

The report stresses that despite now-open waterways, unpredictable ice conditions can make them still to dangerous to navigate. But Dawson says Canada needs a more forward-looking approach to keep up with countries like Russian and China.

“We talk about ice conditions being dangerous but if you look at the kinds of icebreakers China is building, and all the technological advances we’ll be seeing elsewhere in the coming years, soon this won’t be factor anymore. Canada urgently needs a national focus on Arctic infrastructure and technology and I would have liked to see more on that.”

Lack of focus on science and technology

Climate change is the main catalyst for increasing world interest in the North. And experts who spoke with Eye on the Arctic said they were surprised by the lack of emphasis on global warming and science in the report.

“We need to know more about our Arctic than the rest of the world knows about our Arctic but now that is not the case,” Dawson said. “We have fantastic science but there’s a disconnect between Polar Knowledge Canada, Arctic Net and government science being done.

“This is on us – we as a science community need to do better. But we also need mechanisms to facilitate this vision. I would have liked to have seen a recommendation on this in the report.”

With only four recommendations on science and climate change section from the committee, Landriault says it was a missed opportunity to amplify the critical role research plays and will continue to play in the changing North.

“This was such a thin section for me,” he said. “There should have been more attention on how science can play more of a leading role in building coalitions and alliances and how Canada can put in place a robust ambitious program to fight climate change and global warming.

“Even if we look at things like the fishing moratorium and the push to gather more scientific evidence to map the Central Arctic Ocean, science is the critical element, but I didn’t see anything about that here.

“It was disappointing and a missed opportunity.”

The House of Commons Standing Committee on Foreign Affairs and International Development is a permanent bi-partisan group that studies foreign policy, international relations and humanitarian assistance.

In producing the report they received written briefs and talked to government officials, Indigenous leaders and academics. The also gathered testimony in Canada’s eastern Arctic territory of Nunavut and the Northwest Territories.

Besides English and French, the House committee report is available in Indigenous languages spoken in the North: two Inuit language dialects, Inuktitut and Inuinnaqtun; as well as two First Nations’ languages, Gwich’in and Dogrib (Wiiliideh).

Finland: Nordic leaders stand united as they sit with Putin in Russia, The Independent Barents Observer