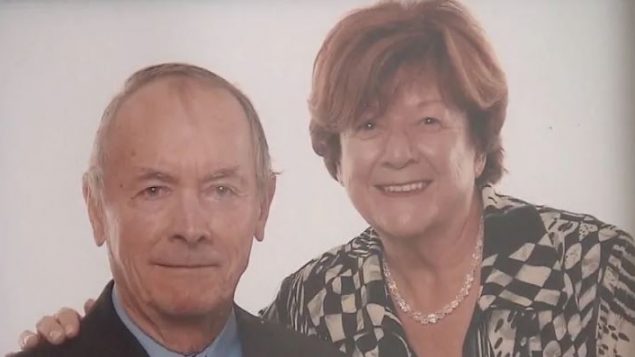 Marc Gagné, 80, and Rita Fortin, 78, were from Saint-Côme-Linière, Quebec. Like thousands of Canadian "snow birds" they escaped to Florida during winter. (Radio-Canada)

Florida police have arrested a man in connection with the murder of two Canadian seniors in late March.

The Broward County Sheriff’s Office said in a news release Thursday that they arrested the suspect, a 28-year-old man, after police were called to respond to another robbery “involving an elderly male victim robbed at an ATM.”

Marc Gagné, 80, and Rita Fortin, 78, were found dead inside their mobile home in Pompano Beach, Florida, on March 22.

They were from Saint-Côme-Linière, Quebec, about 100 kilometres southeast of Quebec City.

Police said forensic evidence put the 28-year-old suspect at the scene of the crime. Investigators arrested him in jail. He is facing two charges for felony murder of first degree.

Police say he has a history of burglaries and grand theft and had been released from prison in February after serving a seven-year sentence.