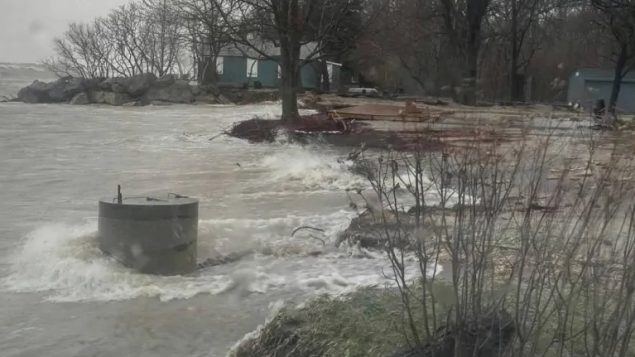 A windstorm in 2018 drives waves eroding the shore, The concrete well shown was surrounded by shore only shortly before the image and a small peninsula with a tree and vegetation disappeared. (submitted via CBC)

The small community on Pelee Island in the middle of Lake Erie, is home to a variety of wildlife, homes, and cottages. It’s under threat of slow erosion.

In 1972, a storm that swept across the lake, washed away five cottages and left the island flooded for weeks.

Since then efforts have been made to protect the shoreline, but conditions in the last several years have been taking their toll, especially since lake levels are at record levels. 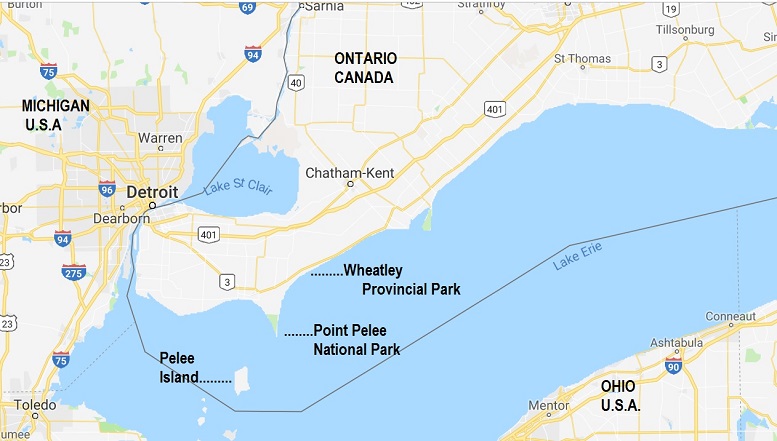 The stone armour wall put in place to protect the western shore has been washed away in several places, and the road to the ferry is under constant threat and repair.

Speaking about erosion from waves, island Mayor Ray Durocher is quoted in the Windsor Star saying,”We’re experiencing erosion almost on every side of the island depending on which way the wind is blowing”. 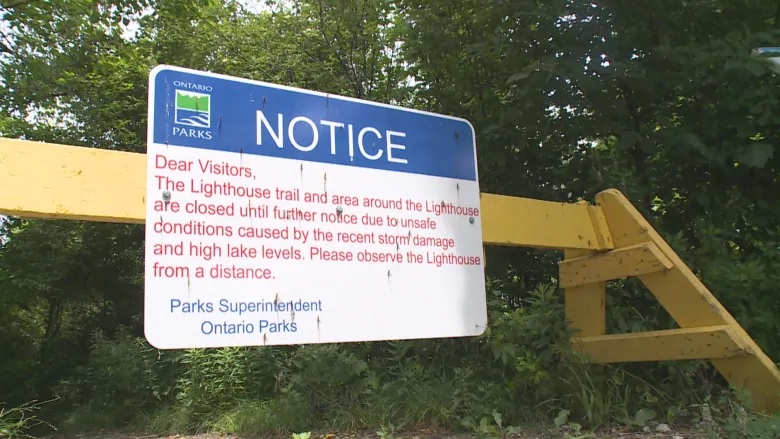 The 1833 lighthouse on the northern tip of the island is inaccessible after some of the shore is now under water.after a 2018 storm (Chris Ensing-CBC)

The mayor said millions of dollars in repairs to the stone breakwall are needed which is beyond the means of  the small tax base of some 235 year-round residents. However,  $50,000 in federal funding has been approved under the National Disaster Mitigation Program for a new project to develop a shoreline protection mitigation plan.

Pelee Island is not the only area at risk. Many areas along the Canadian shoreline of Lake Erie are being eroded. A resident near Wheatley Provincial Park said he has lost about 1.5 metres of land, while areas of the park have lost up to 15 metres of shoreline. 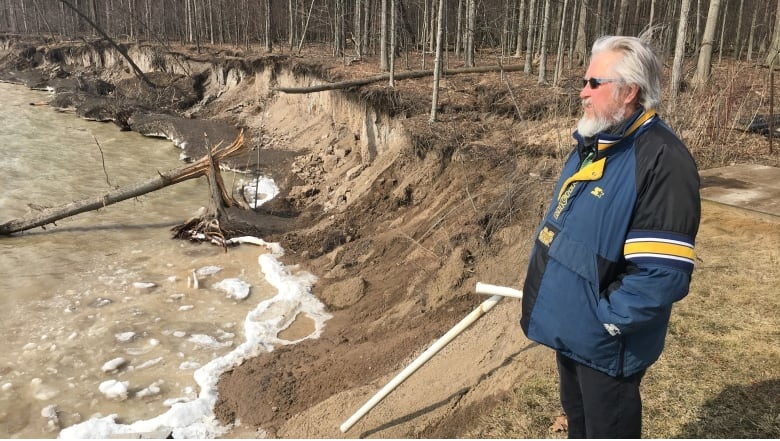 Steve Withers who lives near Wheatley Provincial Park on the L. Erie shore says he’s lost about 1.5 metres of his property due to shoreline erosion. (Dale Molnar/CBC)

Not only is there threats from big waves in summer storms, but also from a lack of winter ice which usually protects shoreline during winter storms.