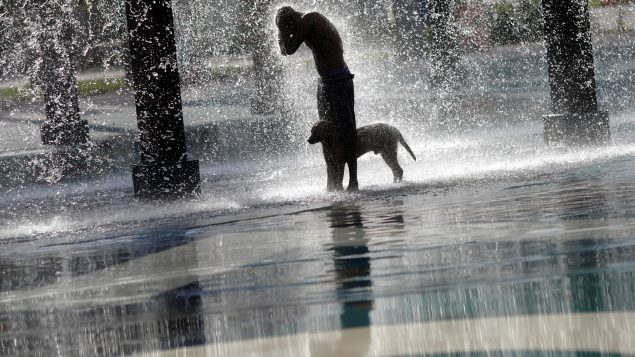 A man refreshes himself and his dog at a fountain in Madureira Park in Rio de Janeiro, Brazil March 19, 2019. Record-warm temperatures were registered in parts of Australia, southeastern Brazil, central Asia, the southern Atlantic and southwestern Indian oceans and the Barents, East China and Tasman seas in the first quarter of 2019. (Ricardo Moraes/REUTERS)

April 2019 was 2nd hottest on record for the globe

Despite cooler-than-average temperatures in much of Canada and the north-central United States this winter and spring, April 2019 was the second-hottest April since meteorologists began keeping reliable records in 1880, according to the latest data released by NASA.

The average global temperature in April was 0.9 C above the 20th-century average of 13.7 C, making it the second-hottest April in the 140-year record behind April 2016.

This comes after a “sweltering” March 2019, the second-hottest March on record for planet Earth, after March 2016. 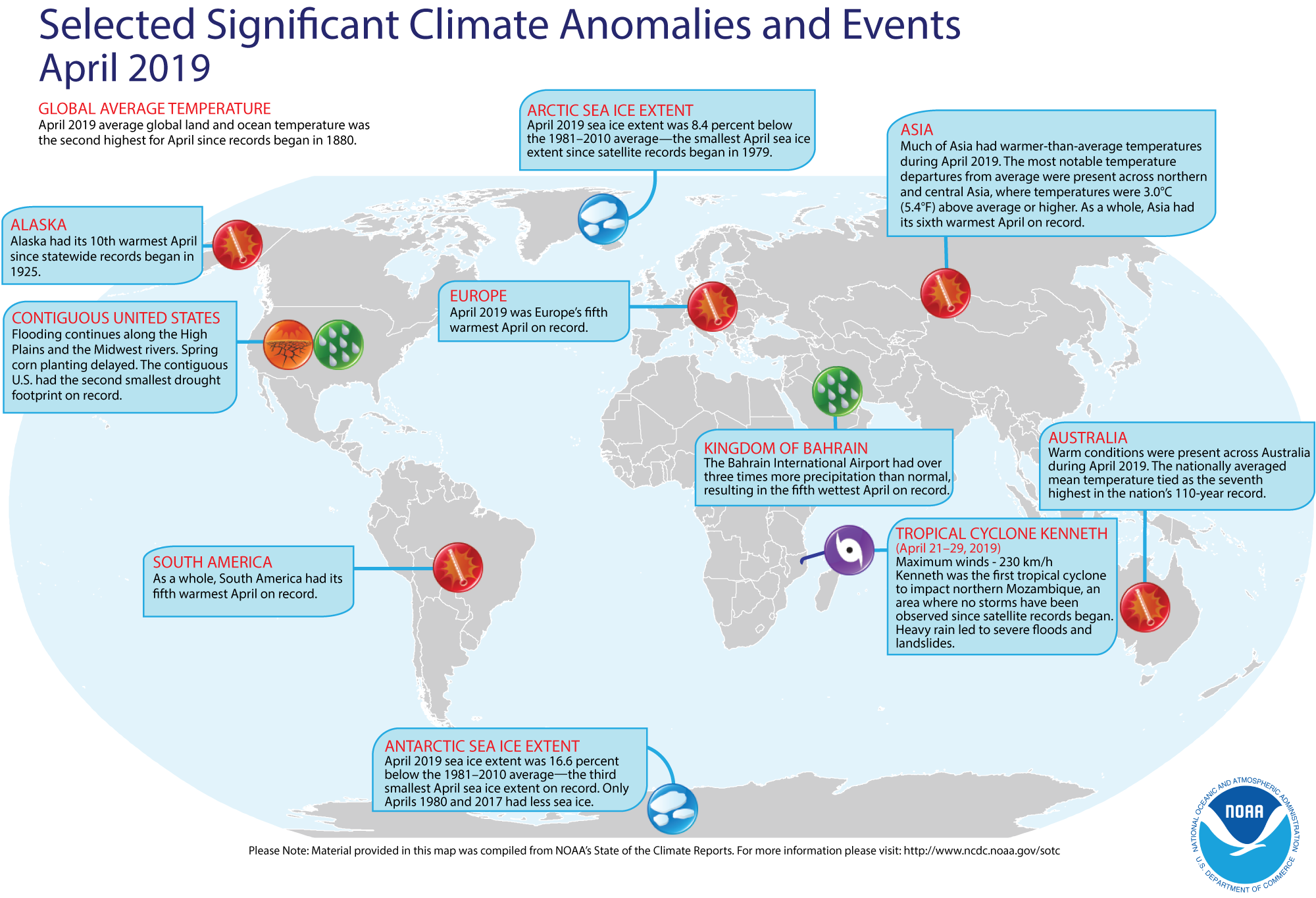 The period from January through April produced a global temperature 0.9 C above the average of 12.6 degrees. The record-warm temperatures for the fourth-month period were registered in parts of Australia, southeastern Brazil, central Asia, the southern Atlantic and southwestern Indian oceans and the Barents, East China and Tasman seas.

Sea ice shrinks at both poles

The Arctic region wasn’t spared either, as sea ice coverage shrunk to a record low for the month.

Average Arctic sea ice coverage in April was 8.4 percent below the 1981-2010 average – the lowest for April on record.

Arctic sea ice extent for April 2019 averaged 13.45 million square kilometres, according to the National Snow and Ice Data Center (NSIDC) in the U.S.

The Antarctic sea ice extent was 16.6 percent below average, the third smallest for April on record.

With files from NOAA