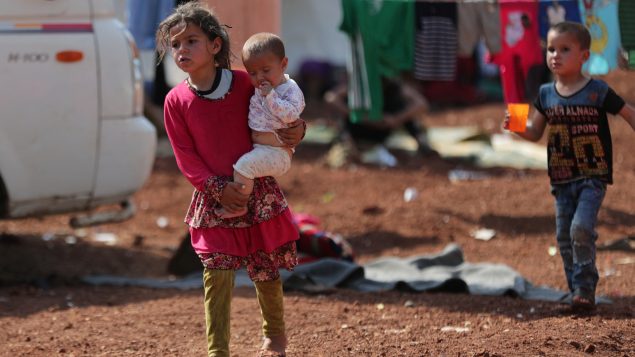 Canada is deeply concerned by the continuing violence in northwestern Syria, officials with Global Affairs Canada said in a statement Friday following reports that bombings by Syrian government forces damaged two schools and a health facility in the rebels’ last stronghold.

Over the last weeks, more than 220 civilians have been killed and 300,000 people have been displaced, Canadian officials said.

“The deliberate targeting of civilians, medical facilities, hospitals, schools, first responders and humanitarian workers by the Assad regime and its allies is appalling and violates international humanitarian law,” the statement said.

“‎Reports that chlorine may have been used as a weapon on May 19 are extremely troubling.”

Canada calls on all parties to abide by their commitments to de-escalate the violence in Idlib, adhere to their human rights obligations, and allow for full, safe and unhindered humanitarian access, it added. 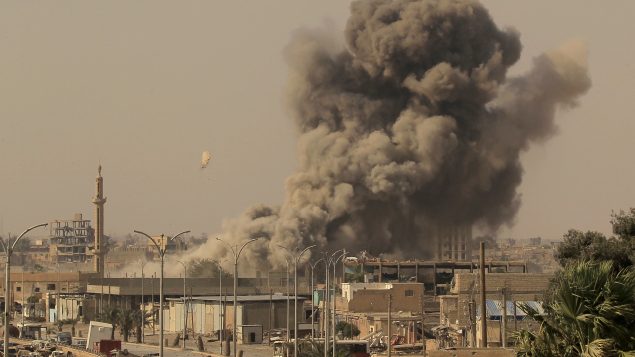 Russia has rejected Western criticism of its actions in northwestern Syria and denounced “the West’s policy of double standards and the selective approach to the humanitarian aspects of the situation in Syria.”

Russian Foreign Affairs spokesperson Maria Zakharova told reporters on Thursday that Western countries draw attention to the civilian casualties allegedly caused by Russian and Syrian forces while ignoring the plight of civilians in operations led by the United States and its allies in northeastern Syria.

“Thus, we have noted the reports by British NGOs that say that over 13,600 people, of which 3,800 are civilians, including 972 small children, have died in the air strikes by the U.S. and its allies in the provinces of Hasakah, Raqqa, Idlib, Deir Ez-Zor and Aleppo from September 2014 to present,” Zakharova said.

“Moreover, in the first quarter of 2019 alone, over 1,200 people, predominantly civilians, died in the coalition’s massive air strikes on Baduz al-Faukani in Deir ez-Zor.”

She failed to note, however, that according to the same British NGO, Airwars, over 4,500 Syrian civilians have died as the result of Russian bombing campaigns since September of 2015, when Russia entered the war at the request of the government of President Bashar al-Assad. 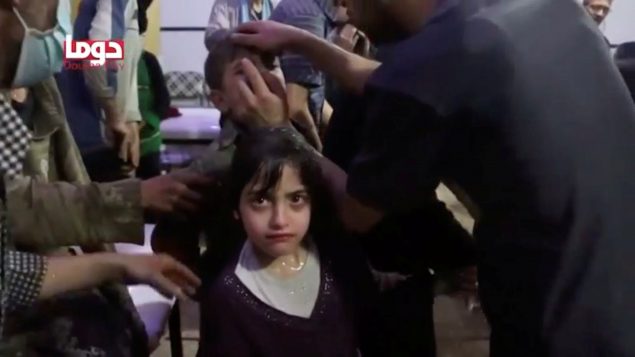 A girl looks on following alleged chemical weapons attack, in what is said to be Douma, Syria in this still image from video obtained by Reuters on April 8, 2018. Russia has accused the White Helmets of staging the entire incident. (White Helmets/Reuters TV via REUTERS)

Zakharova dismissed the reports of the May 19 chlorine attack as “another staged performance by the militants.”

Russian officials claim that the main opposition force in northwestern Syria, Hayat Tahrir al-Sham, is nothing more than a rebranded offshoot of al-Qaeda.

Fighting has raged in the last 72 hours in the region, where insurgents launched a counteroffensive earlier this month, trying to regain territory lost to government forces and successfully hit a power station in a government-held town.

The area is among the last controlled by anti-government rebels in Syria’s eight-year civil war. 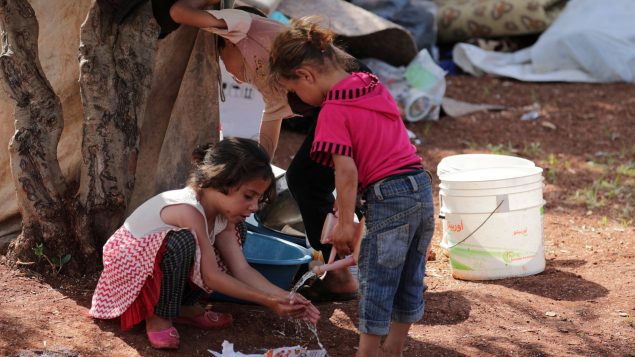 A displaced Syrian girl from the al-Ahmed family washes her hands in an olive grove in the town of al Atmeh, Idlib province, Syria, May 16, 2019. (Khalil Ashawi/REUTERS)

The Syrian Observatory for Human Rights said ground clashes have subsided but government warplanes carried out more than 60 raids on various parts of southern Idlib, part of the rebel stronghold that spans the province and nearby Hama.

One of the raids knocked out a health facility in Kfar Oweid village, the Observatory said.

Rights groups say that since the offensive was launched in late April, government strikes have hit at least 18 health facilities, including five identified to the government through the United Nations. Some of the facilities were targeted twice.

Syrian Electricity Minister Mohammad Zuhair Kharboutly said Thursday that al-Zara power station in Hama province was back online and linked up to the national grid.