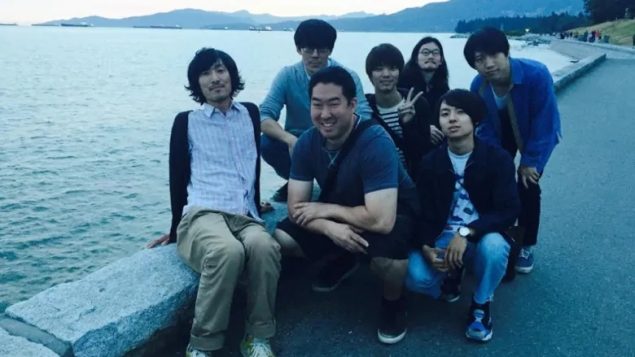 Dr. Steven Tanaka (centre) with representatives from the different bands performing on the Next Music from Tokyo tour of 2015. (Steven Tanaka)

Vancouver-born Steven Tanaka trained for years for a complex medical career to become an anesthesiologist. He practices at St Joseph Hospital in Toronto.  But one suspects that he secretly wanted to be a rock star.

In some ways he now is.

Dr. Tanaka spends much of his spare time as a promoter of Japanese indie bands in Canada.

For several years he has travelled to Japan to listen and select a handful of indie bands and then organises a tour for them in Canada, in fact he bankrolls the tours to the tune of tens of thousands of dollars of his own money, as well as booking venues, hotels, and promotion. The tours in Canada’s major cities of Vancouver, Toronto and Montreal are called “Next Music from Tokyo”.

Of the approximately $40-50,000 it costs him, he’ll get back only a few thousand in ticket sales, but says it’s worth it in terms of his own enjoyment of doing it, as well as that of the bands who otherwise would never get such a chance, and for fans who would otherwise never get to see the bands and their different styles of music.

Though he never picked up an instrument, and really only became interested in music as an adult, he became fascinated by the indie Japanese music scene a little over a decade ago during travel to the the country, which he does several times a year now  to scout new talent.

After several years of organising and promoting the young Japanese bands, he himself is extremely well-known in the Japanese music scene and often gets rock star treatment and gets to enjoy a bit of rock style life by partying with the band and the crowds.