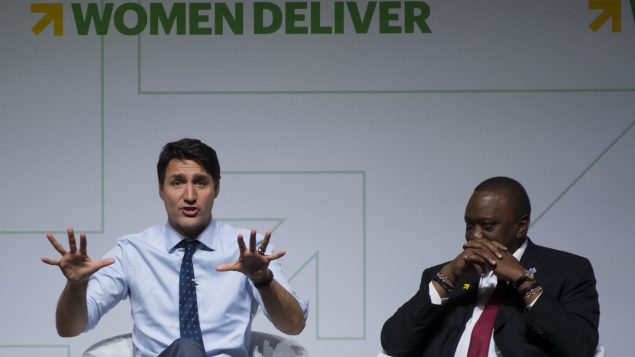 Trudeau pledges $1.4B for reproductive health services worldwide in 2023

Canada will increase its funding for women and girls’ health around the world to $1.4 billion every year starting in 2023, with half of this money dedicated to sexual and reproductive health rights, Prime Minister Justin Trudeau announced Tuesday.

Trudeau made the 10-year funding commitment in Vancouver at a major global conference on gender equality that Canada is hosing.

This pledge expands on the government’s 2017 commitment to invest $650 million over three years to address gaps in sexual and reproductive health globally.

The funding will help make sure women and girls around the world have access to the quality health services, including safe and legal abortion, and support women’s right to make their own decisions about their bodies, Trudeau said.

“All women, no matter where they live, should have access to the safe, quality health care they need,” Trudeau said in a statement. “By investing in sexual and reproductive health rights, and maternal, newborn, and child health, we can build a more just, equal, and prosperous world.”

Canada will step up and invest in respecting women’s rights while other countries are stepping back and playing politics with the issue, he added.

Trudeau has been vocal in criticizing what he called a “backsliding” on women’s rights in some American states that are severely restricting or outright banning abortion.

The announcement was welcomed by women’s rights and international aid and development groups.

“Today’s announcement is a win for everyone in the sector who have been advocating for continued funding to advance gender equality and improve health outcomes around the world,” said Marlen Mondaca, chief programs policy officer with Save the Children Canada.

The Canadian Council for International Co-operation (CCIC) said the commitment would “have a significant impact” towards empowering women and girls around the world.

“This progressive investment demonstrates Canada’s commitment to continued leadership in the areas of maternal, newborn, and child health, as well as sexual and reproductive health rights, in Canada and abroad,” said in a statement Nicolas Moyer, president and CEO of CCIC. “We are pleased to see this important contribution to fulfilling Canada’s Feminist International Assistance Policy.”

“Today’s announcement comes following a sustained initiative by Canadian civil society organizations to build a case for investing in strong Canadian leadership in support of women, adolescent and children’s health and rights around the world,” Moyer said.