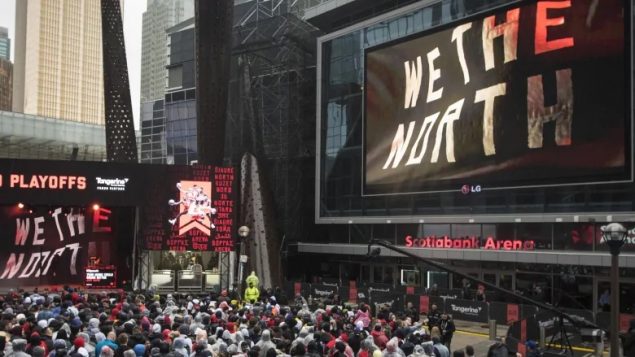 Canadian athletes at home and around the world are following the Toronto Raptors in the NBA playoffs. No one is completely sure of the long-term effects of the Raptors' title run. (Tijana Martin/The Canadian Press)

Basketball and Canada: a love affair heats up

The television ratings are boffo, there are reports that single tickets are selling for $100-thousand apiece and Jurassic Parks are springing up across the country and elsewhere–putting to rest any doubts that professional basketball is the game of choice in Canada right now.

As we told you last week, it’s been a long time–26 years–since any Canadian team has won a championship in any of North America’s major spectator sports. 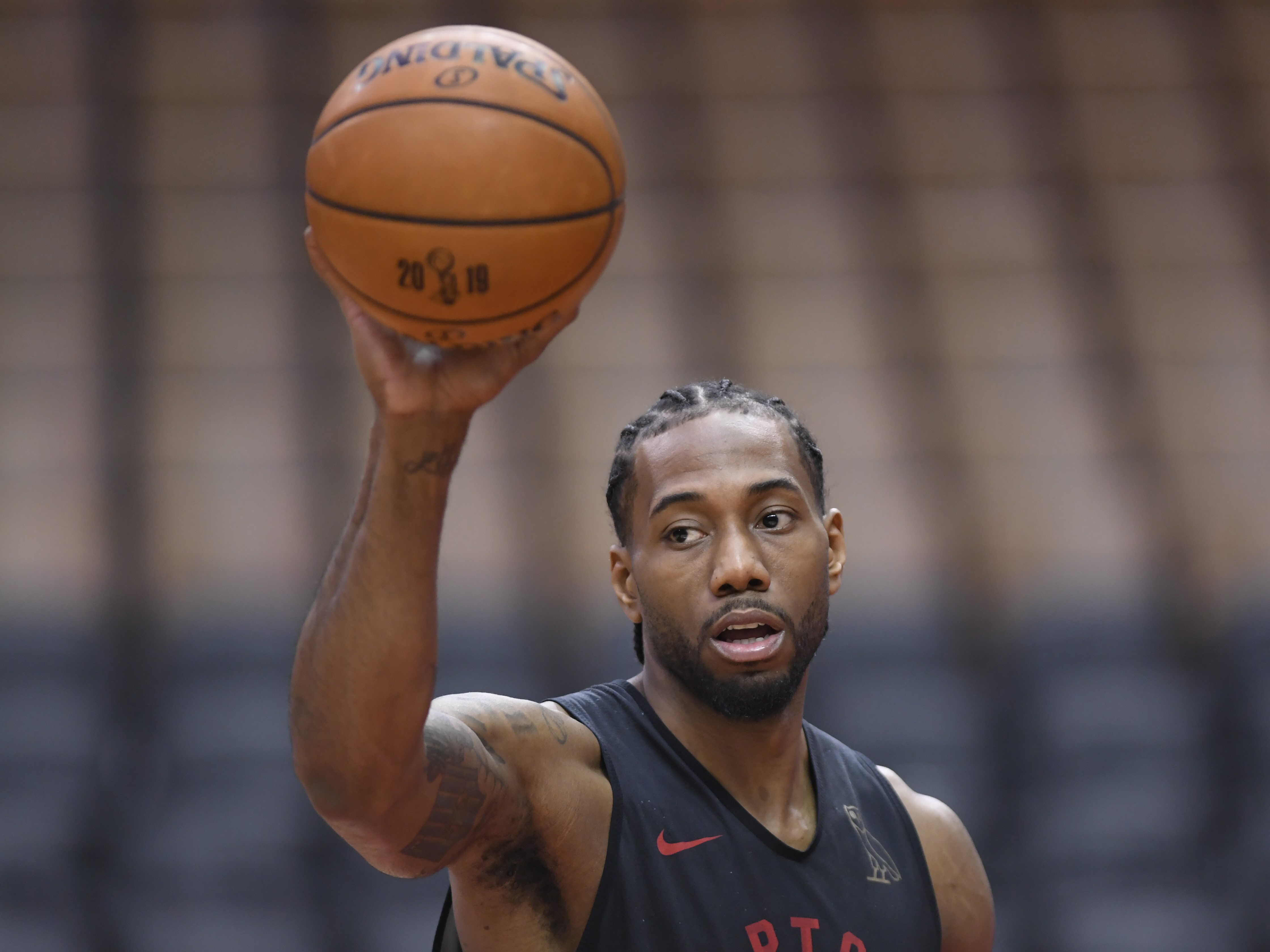 Toronto Raptors forward Kawhi Leonard during a team practice for the NBA Finals in Toronto last Saturday. The Raptors and Golden State Warriors are currently tied at one win each ahead of Game Three of the best-of-seven Finals on Wednesday. Leonard and his teammates have enthralled much of the country. (Nathan Denette/The Canadian Press)

The team they are playing, the Golden State Warriors, are the defending champs and this marks their fifth straight appearance in the Finals. (They have won three of the past four.)

The Raptors looked like world beaters in Game One and then let a big lead slip away in Game Two. 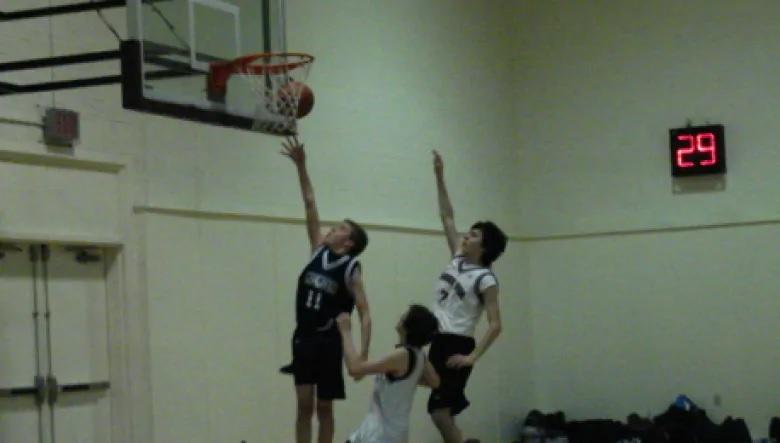 Basketball lovers in Canada are hoping the Raptors’ success in the NBA Playoffs will have a major trickle-down effect. (Submitted by Don Fitzgerald, cbc. ca)

The newly-enthralled can join the crowd that has watched the game grow over the past 30 years, especially in the Toronto region, which is filled with hot-shot young players whose eyes are set on the NBA.

There has even been some talk that it’s just a matter of time before basketball overtakes hockey as Canada’s favourite winter sport.

That, it must be pointed out, remains to be seen and let’s see what happens when (and if) a Toronto or Montreal NHL team makes in to a Stanley Cup Final.

For some perspective on where all this is headed, I spoke with Mike Hickey.

Hickey has been around the game since he was a kid on Long Island and around it in Canada since he first came to Montreal in 1971 to play at Sir George Williams University, a team he later coached with elan. 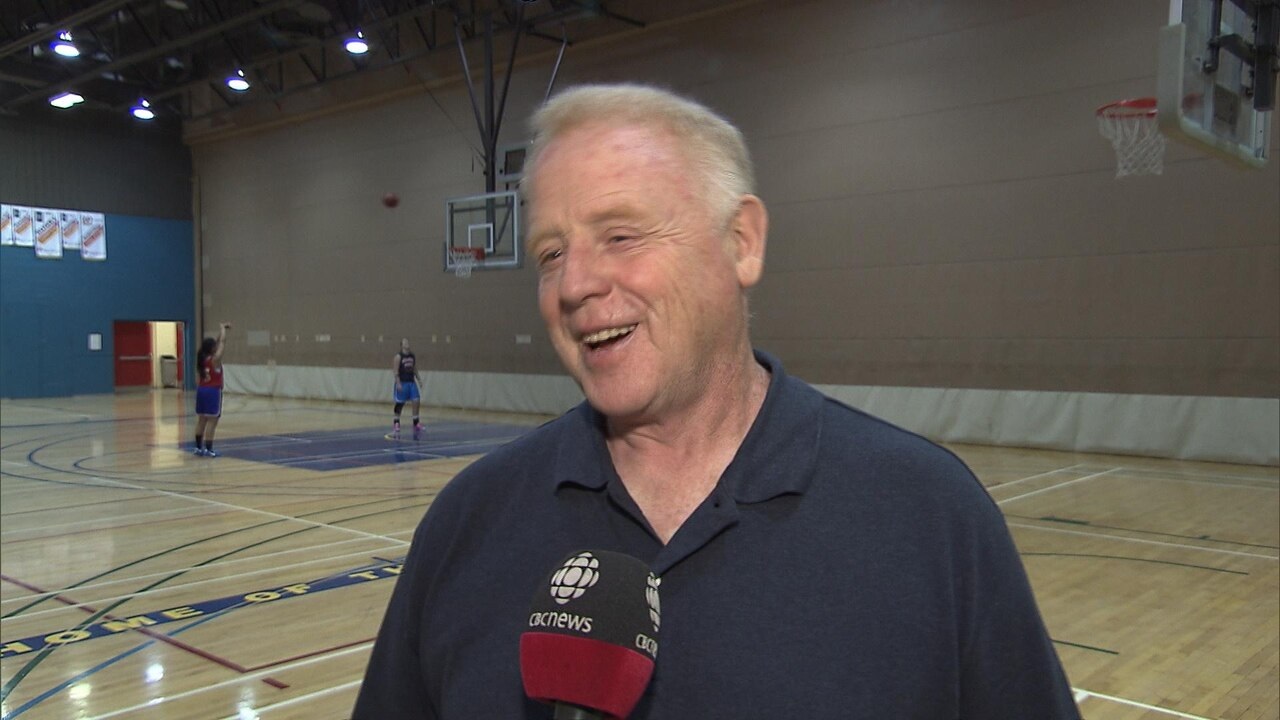 Mike Hickey has been involved in Canadian basketball since 1971. (cbc.ca)

He currently has two coaching jobs in Montreal–the women’s program at John Abbott College and at Lakers Academy.

He also serves as a guest coach at basketball camps and clinics across the United States and in his spare time is both an author and a journalist.