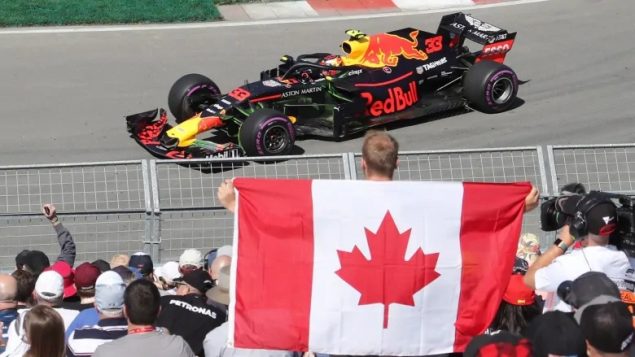 Red Bull driver Max Verstappen of Netherlands comes through the hairpin during Friday's first practice session at the Canadian Grand Prix in Montreal. He finished 3rd in the 2018 event won by Sebastien Vettel for Mercedes. (Tom Boland/Canadian Press)

The circus is in town! Parties, speed and noise as the F1 comes to Canada

The world has come to Montreal this week in the form of the Formula-1 Grand Prix, to be held this weekend on the Gilles Villeneuve track.

Some streets in downtown Montreal are already closed to traffic to allow for pre-race and race weekend events and the growing crowds who have come from the city, across Canada and the U.S., and around the world. 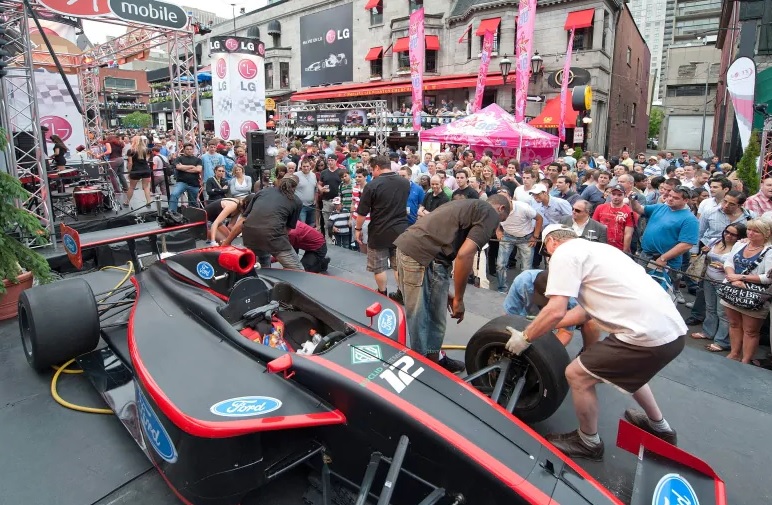 The weather has not been very welcoming so far this spring, being abnormally chilly, cloudy, and wet, however it seems the GP will benefit from spring’s very late arrival at last, with sunshine and temperatures in the mid to upper 20’s. Celsius. 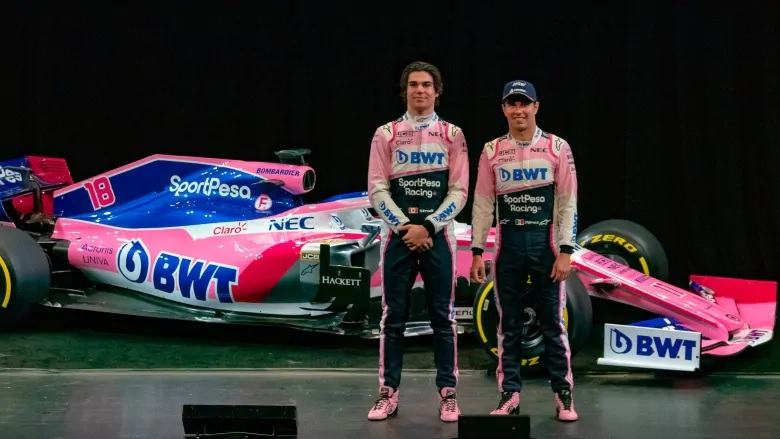 Drivers Lance Stroll of Canada, (left), and Sergio Perez pose with SportPesa Racing Point F1’s car at a press conference at the Canadian International AutoShow in Toronto. Canadians have big hopes for Stroll to do well at his “home” GP, although his best finishes so far have been two 9th places. (Ryan Mahle/CBC News)

The Montreal Circuit Gilles Villeneuve features long high speed stretches followed by slow tight turns. While Mercedes has been doing well this season because of the car’s ability in corners, it is thought that Ferrari with it’s horsepower and speed might give it the advantage. Mercedes driver Lewis Hamilton however had suggested that Mercedes might have a new engine for this weekend. Unlike some tracks in other cities, the Montreal track also allows for more opportunities for drivers to overtake, although with concrete walls, especially the often hit “wall of champions”, an error can be unforgiving.

Tickets for Sunday’s race range from US$170 to US$472 with many tickets sold out. For corporate and special tickets and locations, such as the Podium Club, Senna Club, or F1 Paddock Club, it’s already too late as the places ranging from $2,472 to $9,778 are sold out.