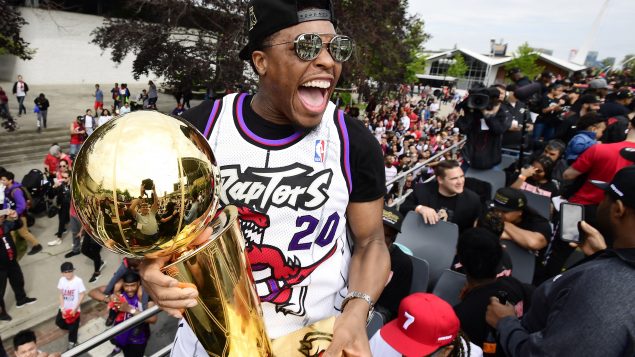 Tens of thousands gather in Toronto for Raptors parade

Sixteen players and their family members rode on five open-air double-decker buses, with the Larry O’Brien Championship trophy in tow, from Exhibition Place in the city’s west end to Nathan Phillips Square not far from Toronto City Hall.

However, the parade route was so packed with a sea of revellers wearing Raptors paraphernalia and waving flags with the team’s logo, it took the celebratory procession almost one hour to leave their starting point at Exhibition Place.

Preview (opens in a new tab)

After a nerve-wracking playoff run, the Raptors, the only Canadian NBA team, won their first league title in Game 6 over the Golden State Warriors on Thursday night.

Playing for an entire country, the Raptors dethroned the two-time defending champion Golden State Warriors with a 114-110 victory that reverberated across Canada at 59 Jurassic Park viewing parties in Toronto, Halifax, Vancouver, Winnipeg, Montreal and Ottawa, and countless bars and restaurants.

Maple Leaf Sports and Entertainment (MLSE), the corporation that owns the Raptors and is hosting the official championship parade and rally, said it expects up to two million people to take part.

Prime Minister Justin Trudeau was among the hundreds of thousands of fans who took some time off work or skipped classes to see the winning team.

Office workers and construction crews lined rooftops and highway overpasses to witness the historic occasion as the convoy inched its way along the parade route.

By noon, city authorities had warned that Nathan Phillips Square was at capacity and that massive crowds had shut down several downtown subway stations. 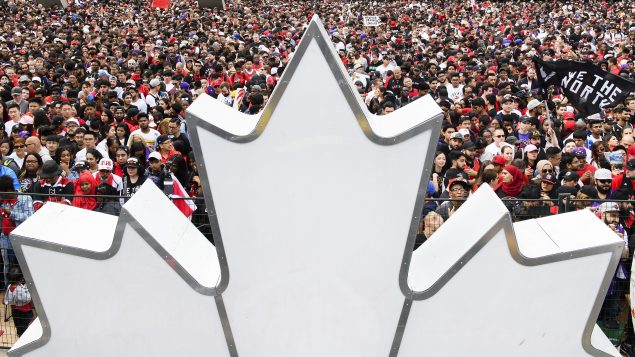 Thousands of fans gather to cheers on the Toronto Raptors during the teams championship parade in Toronto on Monday, June 17, 2019. (Nathan Denette/THE CANADIAN PRESS)

“Let’s go Raptors” and “We the North” chants rippled through the jubilant crowds on Monday as the convoy inched its way along the parade route.

Triumphant Raptors players showered fans with Champaign from atop the double-decker buses.

“Man, the last two days have been amazing: no sleep, a lot of celebrating and we’re going to keep going,” Leonard told CBC News. “Thank you Toronto! Thank you Canada! We did it!”

“We’re having trouble moving, it’s like a Jurassic Park following us as we go,” Miller told CBC News. “This is amazing, I can’t say enough about these fans. You know teams got cities behind them, there is a whole country behind us right here.” 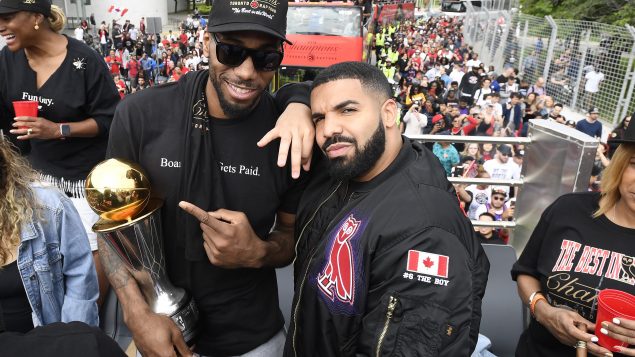 Ahead of the festivities, Toronto Mayor John Tory declared Monday as “We the North Day.”

“This victory is also for the passionate Toronto Raptors fans, who are the best in the league and filled Jurassic Parks in Toronto and across the country,” Tory said in his official proclamation. “This championship is the culmination of years of patience, support, devotion and belief. Toronto has proven that it is a basketball city and that the game thrives in The North.”