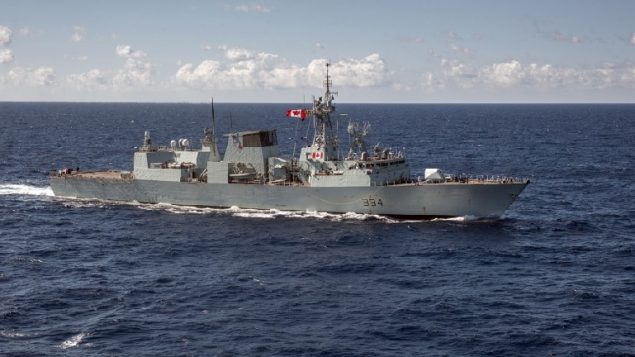 Canadian frigate HMCS Regina (shown in 2013) along with a supply ship sailed through the Taiwan Strait on Tuesday. (David Hooper-US Navy)

With Chinese and Canadian diplomatic relations running cold, Canada has sent a warship into waters China claims as its own.

It’s the first such move since relations took a serious nosedive after Canada arrested a Huawei executive on an extradition request from the U.S.

China has long claimed Taiwan as a part of China and the sea between as part of Chinese waters and insists foreign vessels need its permission to sail through. 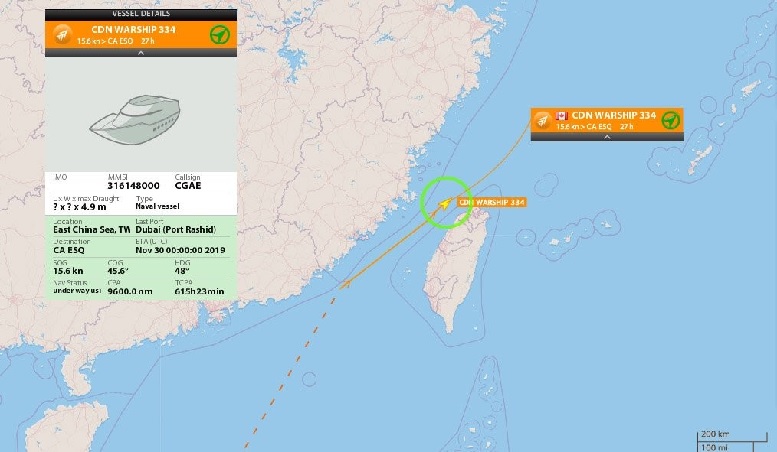 The route of HMCS Regina as it transited through the strait. Normally warships do not turn on their tracking signal, (Marine Traffic)

Guy Saint-Jacques, the former Canadian ambassador to China is quoted in the Globe and Mail saying, ““It sends the signal that Canada is aligning with the U.S. and with other countries like Australia and France that have sent ships to the Taiwan Strait – that freedom of navigation is important and that we don’t recognize Chinese claims to sovereignty in that part of the world.”

The two Canadian ships had been in Vietnam and were heading to Operation Neon mission to ensure U.N. sanctions are being enforced against N. Korea