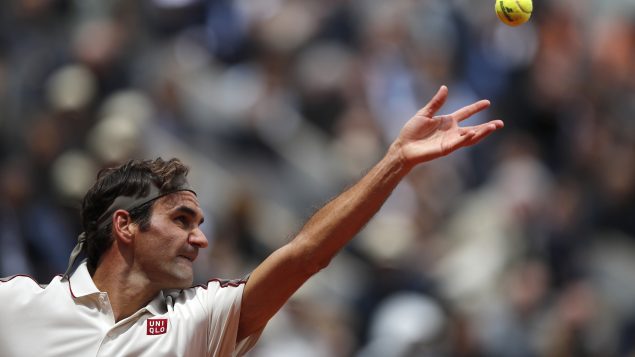 In this June 7, file photo, Switzerland's Roger Federer serves against Spain's Rafael Nadal during their semifinal match of the French Open tennis tournament at the Roland Garros stadium in Paris. Eight-time champion Federer is seeded No. 2 for Wimbledon, one spot ahead of Nadal, reversing their positions in the ATP rankings and creating a debate about whether the All England Club’s seeding system should be changed. Four Canadian men are joining Federer and Nadal in the main draw. (AP Photo/Christophe Ena, File)

Canadians at Wimbledon: a primer on what to watch for

One of the great pleasures of summer–likely no matter where you might be in the world–is drifting indoors to watch a bit of the premier tennis tournament anywhere.

That means superior athletes dressed in bright white outfits competing against one another on gorgeous green grass.

It’s all a total ball.

On top of all that, the competition is ferocious, though–for the most part–polite.

Tennis fans will have many questions answered by the time the finals unfold in two weeks. 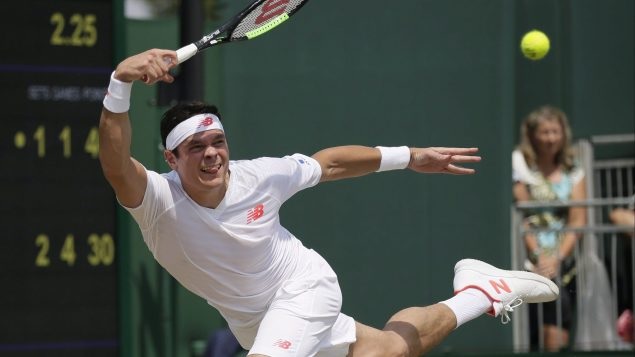 Milos Raonic, Canada’s top player, lost the Wimbledon final to Andy Murray in 2016 but injuries have slowed him over the past several years. He’s seeded No. 15 this year. Above, Raonic returns a ball to Dennis Novak of Austria during their 2018 singles match. (CP/AP-Tim Ireland)

Can the Big Three men--Roger Federer, Novak Djokovic and Rafa Nadal–continue to deliver lessons to all comers about how to play the game?

What of the Canadians?

There are four–the oft-injured Milos Raonic (the No. 15 seed), young hotshots Felix Auger-Aliassime (No. 19) and Denis Shapovalov (No. 29) and the back-from-a-long-injury rehab Vasek Pospisil (No. 73)–in the men’s main draw.

On the women’s side, the enigmatic Genie Bouchard is the only Canadian in the main draw, following the withdrawal of this spring’s tennis sensation, Bianca Andreescu.

Gabriela Dabrowski, an excellent doubles player, will be competing in the women’s and the mixed. 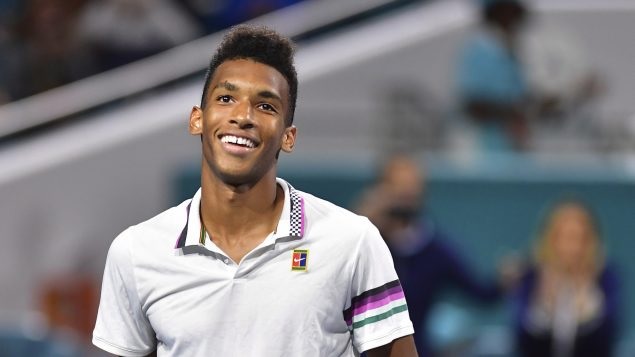 Most folks back home are likely rooting for is a Canadian catching fire and playing into the second week.

Stephanie Myles is as good as it gets when it comes to covering tennis.

She is currently editor-in-chief of the web site Tennis.Life, has written about tennis for Canadian Press and major newspapers across North America, and works as a broadcaster for the French-language RDS sports network

I spoke with her by phone in London on Thursday about what to watch for when play begins.