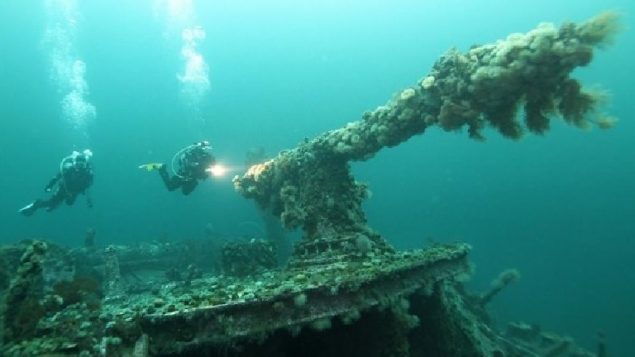 Divers explore the wreck of SS Saganaga, in the waters of Bell Island, one of four cargo ships sunk by U-boats in Conception Bay in 1942, with lives lost. (Rick Stanley,-Canadian Press)

In 1942, the war came to North America. Newfoundland at the time was still a British colony but was also an extremely important staging area for war material of all sorts before heading to England.
The scene was Bell Island in Conception Bay near St John’s. where on two separate occasions, German U-boats slipped into the bay and sank four iron ore cargo ships anchored there. 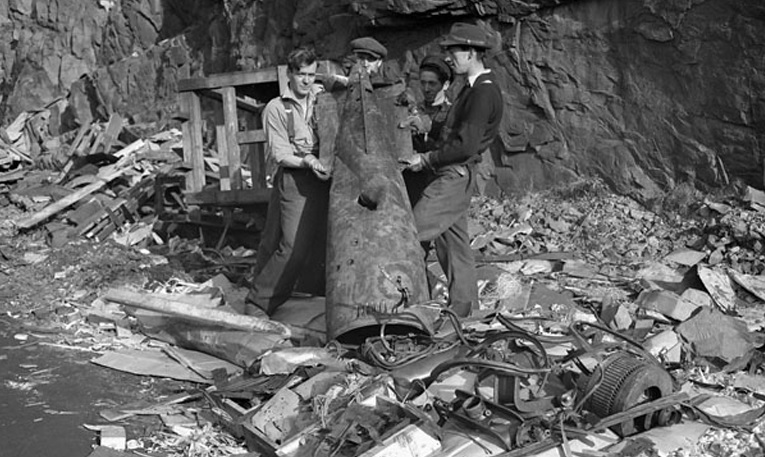 A portion of the torpedo which missed its ship target and exploded against one of the loading docks in the second U-boat attack in November 1942. ( LAC PA-188854

The ships would have carried iron ore from Newfoundland over to the steel mills on Cape Breton where they would be smelted into steel for the war effort. 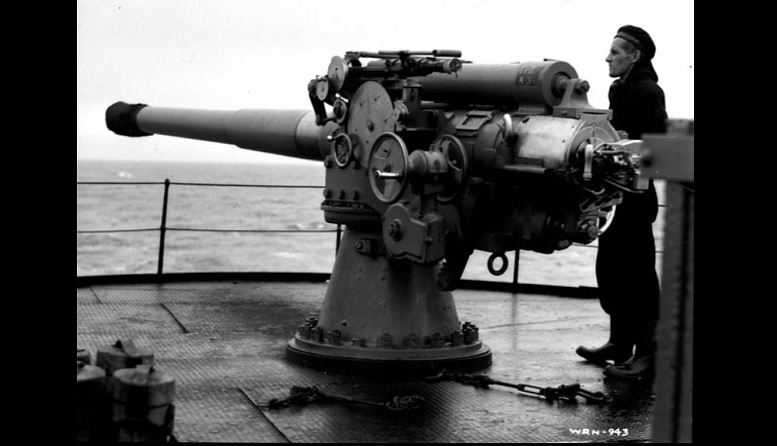 The ships had been armed with naval guns to defend against U-boat attacks on the ocean. In the attacks, some 70 men in total were killed, and the shells for the guns, approximately 50 for each ship, were still stored on board. 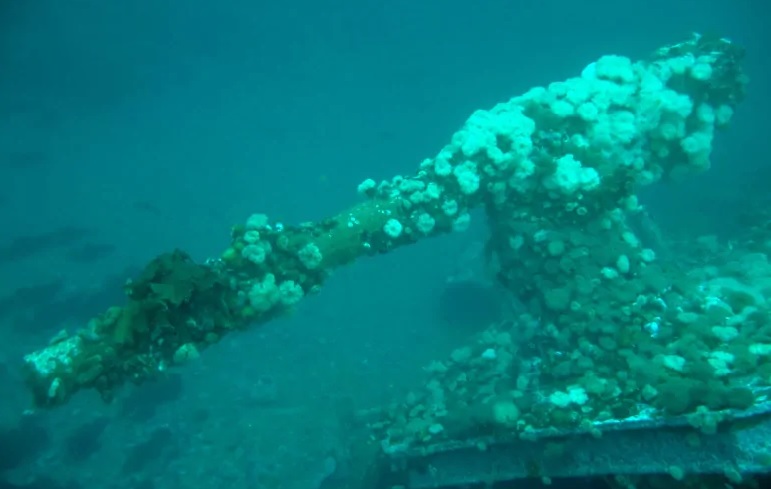 The defensive gun off the SS Saganaga encrusted with marine life. About 50 shells for the guns are thought to be still aboard each of the four ships sunk. SS Saganaga and SS Lord Strathcona were sunk on Sept 5, 1942 (Neil Burgess- submitted via CBC)

The site has long been a huge international attraction for recreational divers. Now however, there is concern that the shells are still dangerous and officials want to ensure there are no accidents, possibly from divers getting too curious. 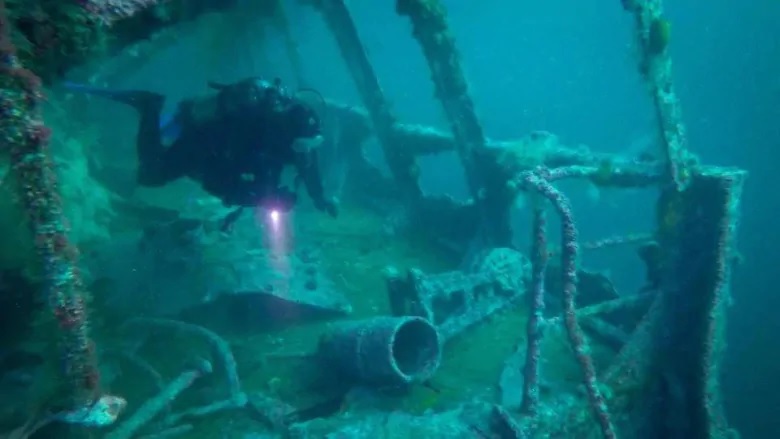 The wrecks have been popular sites for divers from around the world, but concern now is for the naval gun shells which are still on board (Ocean Quest Adventures via CBC)

Military divers this week will begin the dangerous task of finding the shells and bringing them to the surface where they will be taken to a safe site for detonation. 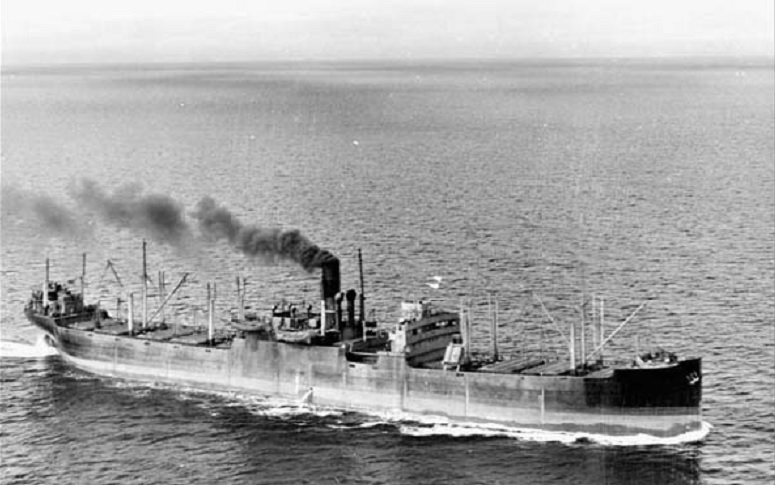 The SS Rose Castle show in 1942, one of the four ships sunk during the two attacks at Bell Island that same year. SS Rose Castle and the French ship PLM-27 were sunk in the November 2 1942 attack (Library and Archives Canada PA-143173)

The operation to recover the old naval shells is expected to run until July 24.