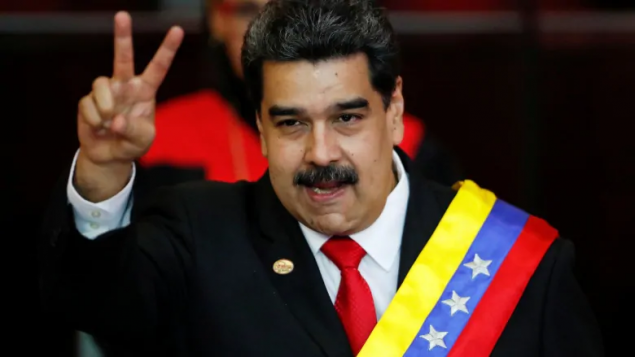 Global Affairs Canada is dancing around comments by the U.S. point man on Venezuela that Ottawa and Washington are joining forces in efforts to convince the European Union to take action against President Nicolas Maduro’s regime.

Elliott Abrams made the comments in an interview Thursday on CBC News Network’s Power and Politics following an Ottawa discussions with Canadian officials ahead of a meeting next week on Venezuela in Peru.

They came the same day President Donald Trump told reporters in Washington that he is considering a blockade or quarantine on Venezuela. He did not elaborate. 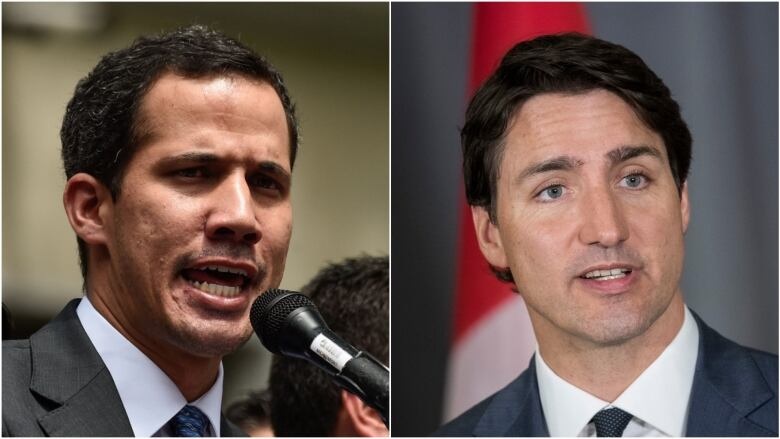 Prime Minister Justin Trudeau spoke with Juan Guaido in February about the need for countries to send a clear message about what the PMO termed ‘the illegitimacy of the Maduro regime.’ (Federico Parra, Drew Angerer/AFP/Getty Images)

“We both agreed that it would be really helpful if the EU would follow Canada and the U.S. in imposing sanctions on the Maduro regime,” Abrams said in the CBC interview.

“Europe is a kind of playground for people from the regime and their families–where their money is, they have houses there, they live the high life there–which is really disgraceful.

“So we strategized a bit about how, with the help of the Latin American democracies, to move the EU in that direction.”

Abrams said Canada and the U.S. also agreed to other concrete steps on Venezuela. He did not say what they were. 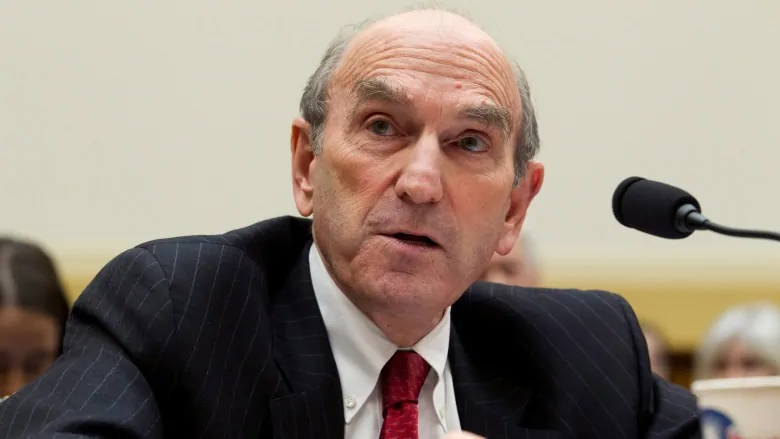 “Canadian government officials discussed how Canada and the U.S. can work with the broader international community to return democracy to the people of Venezuela,” she said.

“For some time, the Lima Group has been engaging its partners around the world in support of sanctions and other measures to pressure the Maduro regime,” said Harvey.

The Lima Group, made up of 14 countries, including Canada, has been working to support Venezuelan opposition leader Juan Guaido in his effort to wrest control of the country away from the Maduro regime.

Canada has said it believes Maduro’s re-election last year was fraudulent and has called for him to step down so Guaido, who several dozen countries now recognize as Venezuela’s legitimate interim leader, can take over.

Canada “temporally” shut down it embassy in Caracas in June.

It has not reopened.

With files from CBC, Global, The Guardian, Government of Canada