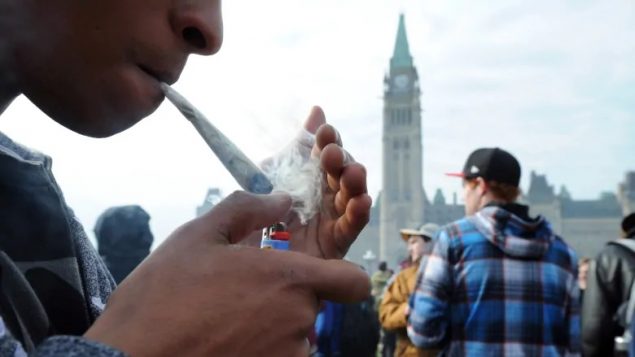 Canadians can now apply for pardons for simple cannabis possession through the Parole Board of Canada's website. (Sean Kilpatrick/THE CANADIAN PRESS)

Federal legislation to speed up and simplify the process of getting a pardon for criminal convictions related to simple cannabis possession went into force Thursday, said Justice Minister and Attorney General of Canada David Lametti.

Canadians convicted only of simple possession of cannabis can now apply to the Parole Board of Canada (PBC) for a pardon free of charge.

The federal government is waiving the $631 fee and waiting periods associated with other pardon applications, Lametti said.

Applicants will be eligible even if they have outstanding fines or surcharges associated with their conviction, as long as they have completed the rest of their sentence.

“Providing free, immediate access to pardons will allow those with criminal records for simple possession of cannabis to move forward with their lives, making it easier to get a job, an education, rent an apartment or volunteer in their community,” Lametti said in a statement.

“This is particularly significant for marginalized communities in Canada, who have been disproportionately impacted by the enforcement of previous cannabis laws.”

Public Safety Minister Ralph Goodale, who  said the previous legislation disproportionally affected visible minorities, Indigenous people, and those living in some of the most vulnerable neighbourhoods.

Goodale said it will “shed the burden and stigma” and break down barriers to jobs, education, housing or volunteer work.

According to a 2014 study, more than 500,000 Canadians have a criminal record for having pot on their person. Before legalization last Oct. 17, people convicted of simple possession could face up to six months in jail and a $1,000 fine.