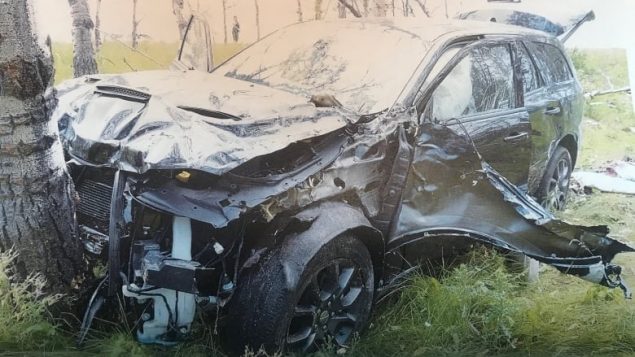 German tourist Horst Stewin was driving this rented SUV when he was shot in the head by a stranger in a passing vehicle along Highway 1A west of Calgary in the summer of 2018. (Court exhibit)

One year ago, Horst Stewin and his family were touring Canada to celebrate the man’s 60th birthday. They were touring Alberta as the man liked horses and the “western” lifestyle.

After taking some photos at the Morley rodeo grounds about 60 kilometres west of Calgary, they drove back onto the highway through Stoney Nakoda First Nation territory when their vehicle was overtaken by another and a shot fired into the Stewin’s rented black SUV.

The bullet struck Stewin in the head, causing him to lose control of the vehicle which veered off the highway and hit some trees. The man has been left with life-altering brain injuries.

A teenager from the First Nations reserve was arrested some three weeks later and charged with aggravated assault and other charges. An attempted murder charge was withdrawn. 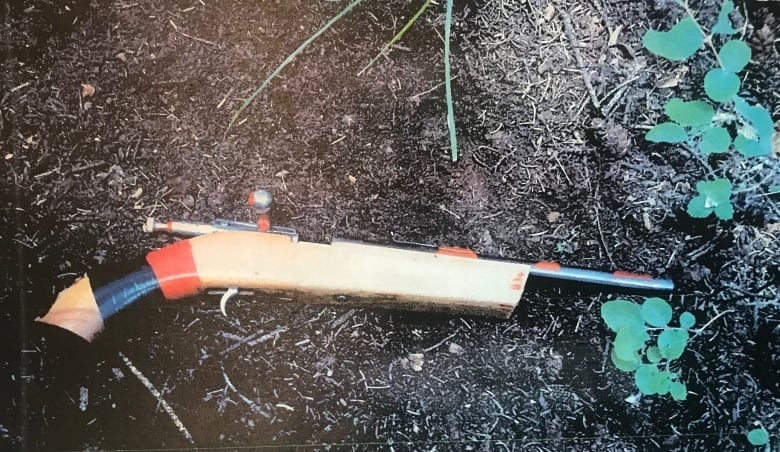 The German man was shot in the head with a .22cal bullet which fractured into 8 small pieces in his brain. This illegally cut down .22cal gun was was buried in a wooded area by one of the people who had been in the vehicle with the accused. (Court exhibit)

At the first trial in July, conflicting testimony was given by people in the shooter’s car who had been drinking vodka and smoking meth. The alleged shooter, who can’t be named as he was 16 at the time, was in the back seat.  The driver said he wasn’t aware the youth was going to shoot, but a female passenger in the back seat said the driver told him to shoot.  Stewin’s wife said the shooting came from the front seat.

Other information also suggested the shooting may have been a case of mistaken identity, the driver allegedly believing the black SUV was being driven by a man who had attacked his brother.

The driver is reported to also have said that he “wouldn’t go down” for the shooting. Sometime between the shooting and the arrests, the driver and another man allegedly beat up the 16 year old but no explanation was given for the beating.

Closing arguments in his trial will be heard today in Calgary.