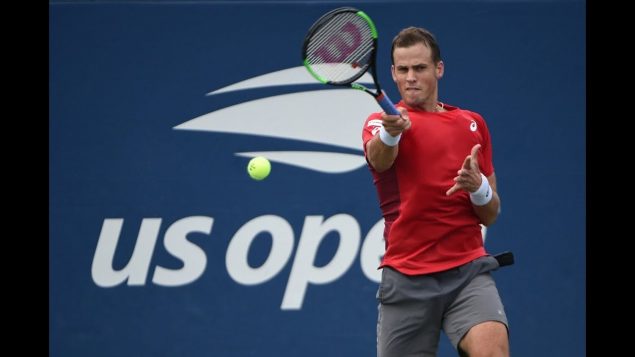 Canada's Vasek Pospisil delivers a forehand in his upset win over Karen Khachanov at the U.S. Open on Tuesday. It was a day when Pospisil was not to be denied. (YouTube)

Vasek Pospisil delivers a lesson in character at the U.S. Open

Saw an old friend of mine on television yesterday.

Do I know him?

Sure do, and a whole lot better now. 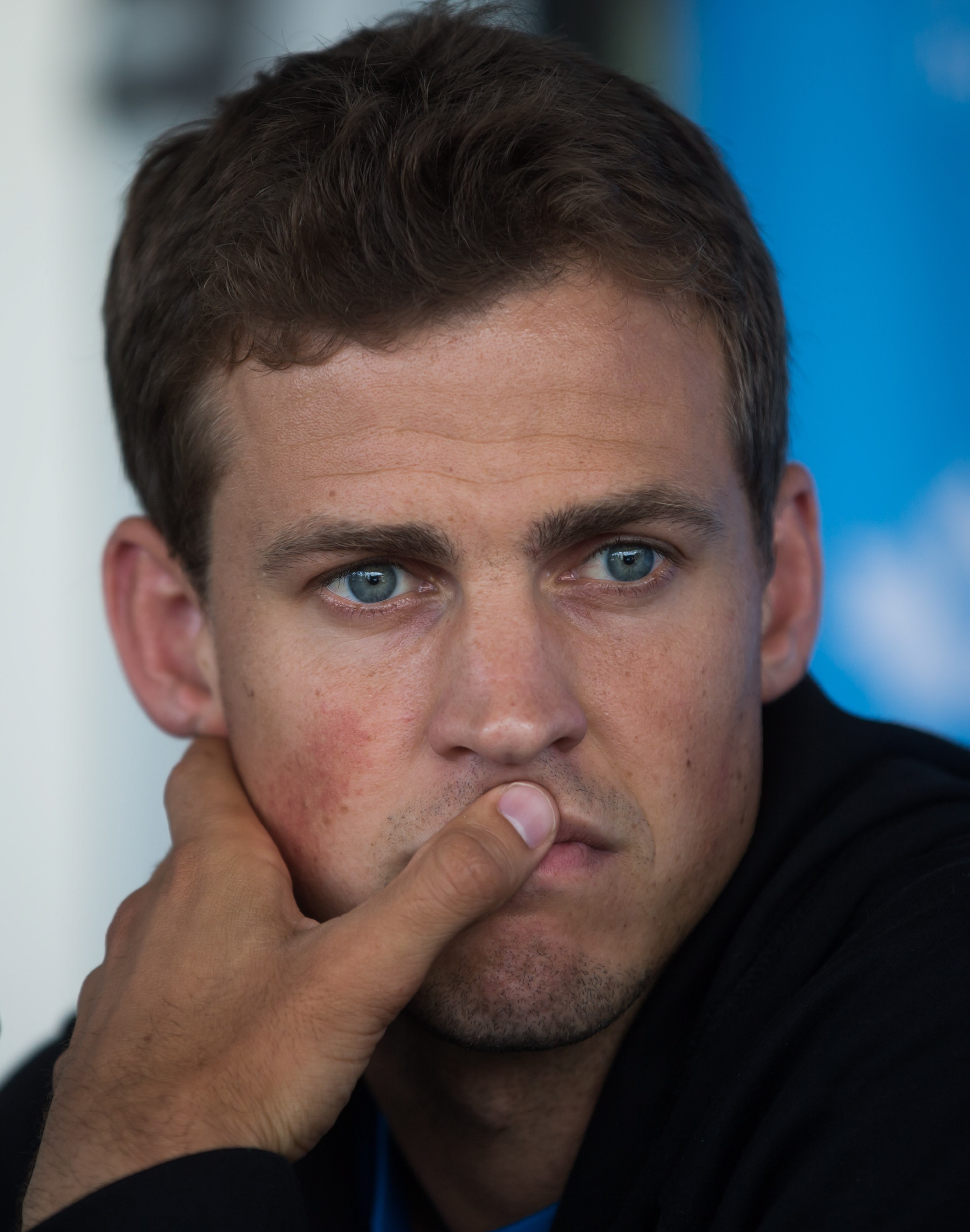 Pospisil, seen in Vancouver earlier this month, has a lot to ponder these days as he comes back from injury and takes a more active role in fighting for players’ rights. (Darryl Dyck/Canadian Press)

Yesterday at the U.S. Open in New York, Pospisil reminded me–again–what character is all about.

It’s something I’ve learned over the years covering sports, but it sometimes slips my mind–until somebody plants a giant smack on the side of my head.

One upon a time, Vasek Pospisil was a comer–getting as high at No. 25 in the world, winning a Wimbledon men’s doubles title, competing as a finalist in a pretty big tournament in Washington D.C. against a guy he came up with, Milos Raonic.

But injuries have taken their toll and over the years, his star has faded.

Pospisil stepped on to the court having played just two top-tier matches since October, both of them losses to hotshot Canadian Felix Auger Aliassime.

His opponent: No. 9 seed Karen Khachanov of Russia, 23-years-old, and a pretty tough hombre. 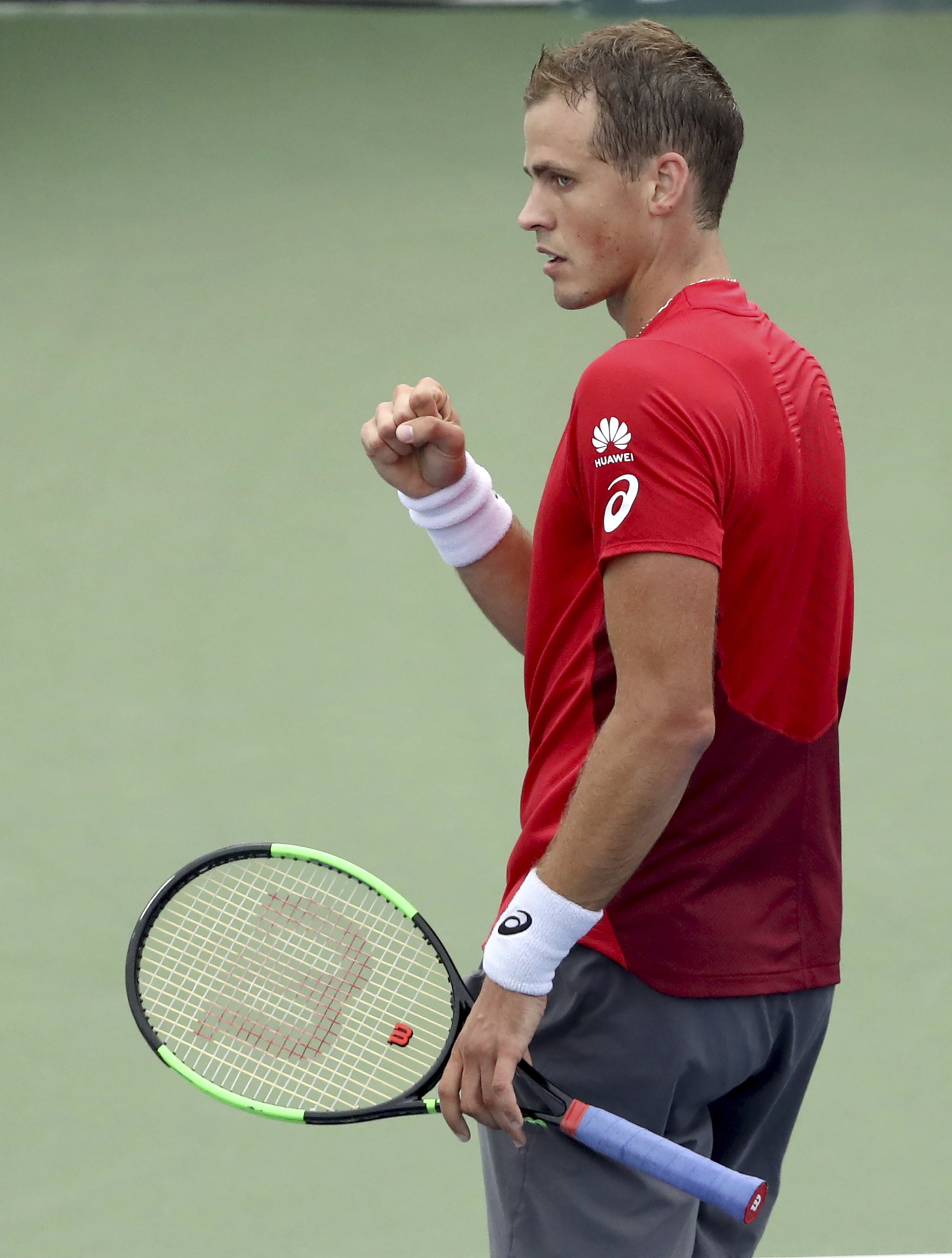 You want tough? You want nerves of steel? You want a will of iron?

That was Pospisil yesterday, all of a sudden like the guy a lot of people were talking about over a half-decade ago.

It was the first fifth-set victory for Pospisil since he had three on his way to a quarter-final result at Wimbledon in 2015.

It sure would have been lovely to have been there.

Myles, the editor-in-chief for tennis.life, was covering the match for Canadian Press.

I spoke by phone with her this morning.