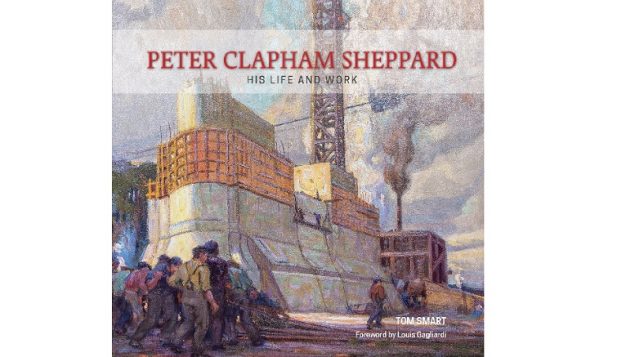 Art: the amazing Canadian artist you never heard of

Canada has produce a great many world class artists, but which have consistently been overlooked by critics. Only recently have some, such as Tom Thomson and the Group of 7 begun to be recognized internationally for their amazing talent.

Still that leaves many who are clearly world class, but relatively unknown outside a few limited Canadian arts experts

One such superb talent was that of Peter Clapham Sheppard.

A stunning new book chronicles and highlights the life and work of this incredibly talented artist. Tom Smart is the award-winning author of this and several other critical biographies, catalogues and books on Canadian artists.. Having worked in art galleries and museums across the country, he is currently the Director and CEO of the Beaverbrook Art Gallery in Fredericton, New Brunswick.

This large coffee table style work published by Firefly Books is a celebration of rediscovery of an outstanding Canadian artist.

Not only was Sheppard (1882-1965)  an amazingly talented painter, but even more surprising that he is so little known is that he played a leading role in the creation of Canada’s national school of art. 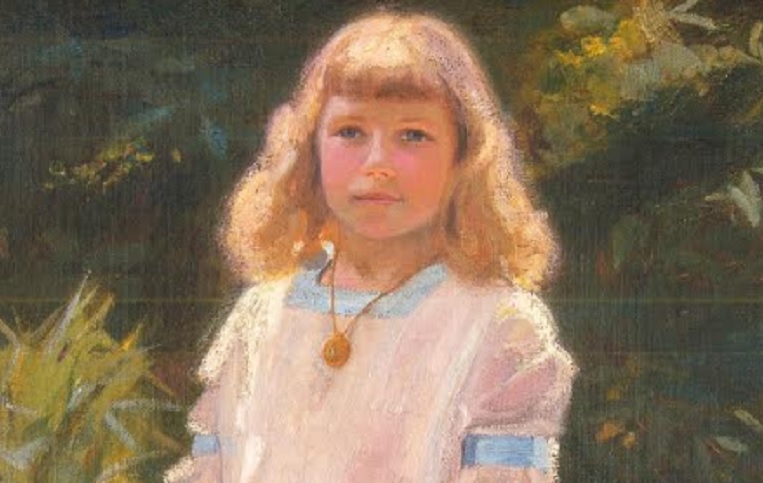 A close-up portion of the full length portrait entitled “In the Garden” c-1912, oil on canvas. The painting showing his mastery of detailed portrait painting, although he also produced more figurative portraits.

A leading commercial illustrator, draughtsman, and lithographer his ability with exacting detail in such work is remarkably contrasted with his ability for interpretation of scenes in his prolific artwork.

Unlike many who developed a particular style, Sheppard’s work shows that he could master any style he chose, from portraits, to landscapes, to industrial subjects, oils, pencil, and watercolour.

A contemporary of the now world famous Group of 7 who are known for powerful interpretations of Canada’s wilderness and nature, a subject he himself was also drawn to producing his own superb works. However,  he was also fascinated with inner cities,  run-down old buildings surrounded by the vast skyscrapers thrusting up in the new cities around them. 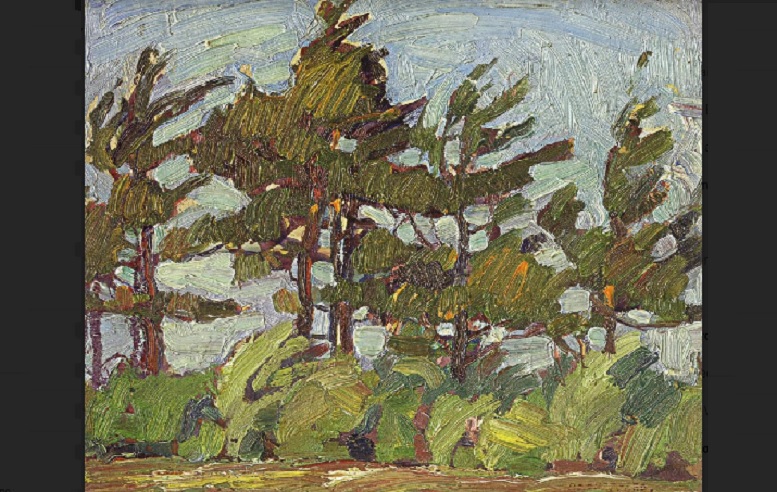 Another example of his mastery of any style he chose, here somewhat in the style of the Group of 7, is “Pines, Windy Day, Georgian Bay” c-1029 oil on board, It is one of several of his nature and wilderness paintings

He felt this was a rebirth amidst the destruction of the First World War, but tinged with the nostalgia for the past.

He also was captivated by ships and the busy city harbours of Toronto, Montreal and New York, major cities where he produced much of his work, again as a modernist looking toward the future. Yet his work also touches on the lives of the working class. 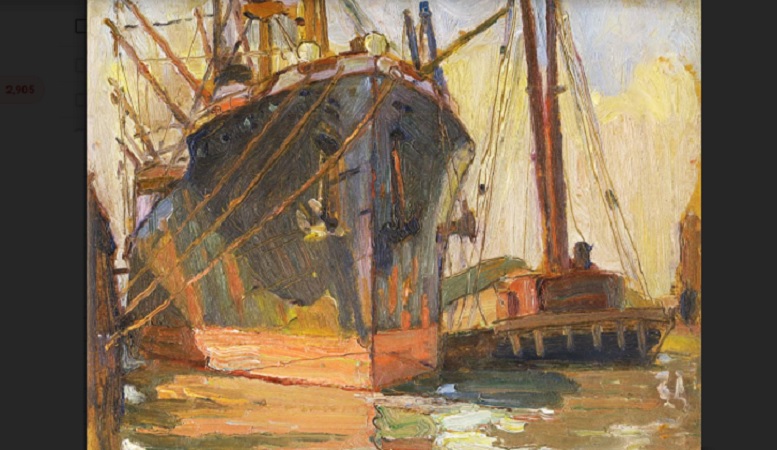 Sheppard was also intrigued by ships and the busy harbours, here showing one of several such themed works, this is “Freighter” 1922 oil on board

Incredibly this talented artist ended his life in poverty and has been largely forgotten.

Tom Smart hopes this over 200 page book with its multitude of wonderful colour reproductions of Sheppard’s artworks, and a detailed look into his life, will help restore the artist to his rightfully deserved place of recognition.