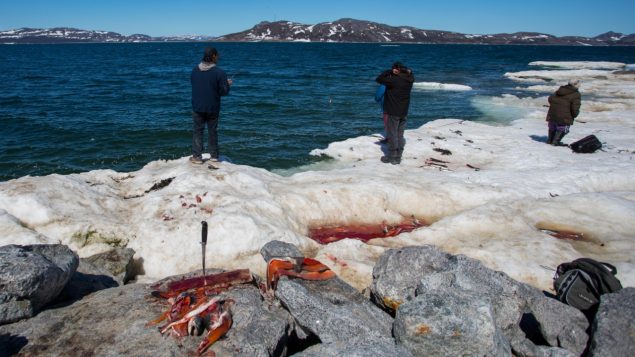 Fishing in Nain, a community of 1,125 people in the Inuit region of the atlantic Canadian province of Newfoundland and Labrador. Scientific knowledge gaps remain in this area of the Canadian coast line. (Courtesy Oceana Canada)

Scientific expedition winds up in Inuit region of Atlantic Canada

A 10-day research project between an ocean conservation group and the government of the Inuit region of Atlantic Canada wound up this week after a 10-day expedition to better understand the coastline in the region.

The Imappivut, (“Our Oceans” in Inuttitut) expedition got underway on August 18.

A 12-person science crew from Oceana Canada, along with Nunatsiavut government representatives and community members,  have been using underwater vehicles and cameras, as well as water sample testing, to do a mostly inshore survey to collect data on things like kelp forests, corals, sponges and open water areas surrounded by seasonal ice. 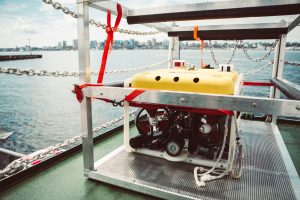 The Falcon, a 60-kg remotely operated vehicle (ROV), has a 300 metre depth rating and an arm for non-invasive sample collection. It was used on the expedition to explore the Nunatsiavut coastline. (Monica Phung/Oceana Canada)

Nunatsiavut is the Inuit region of the atlantic province of Newfoundland and Labrador.

Robert Rangeley, Oceana Canada’s director of science, says the exchange of local knowledge, along with the collection of scientific data, is an important step in understanding this understudied area of Canada – especially in an area of rapid environmental change and global warming.

“This area is so, so important, but so little is known about the undersea world,” Rangeley said in a telephone interview with Eye on the Arctic from the research vessel on Monday. “Scientific research has tended not to be inshore. That’s why we partnered with the Nunatsiavut Government to try to fill some of these knowledge gaps.”

“In areas with a changing ocean environment and other threats, we have to understand what’s there so we can manage and protect and look after the conservation values of these areas.”

Now that the expedition has been completed, the data will be analyzed and then shared in the hopes of informing planning and ocean conservation in the region. 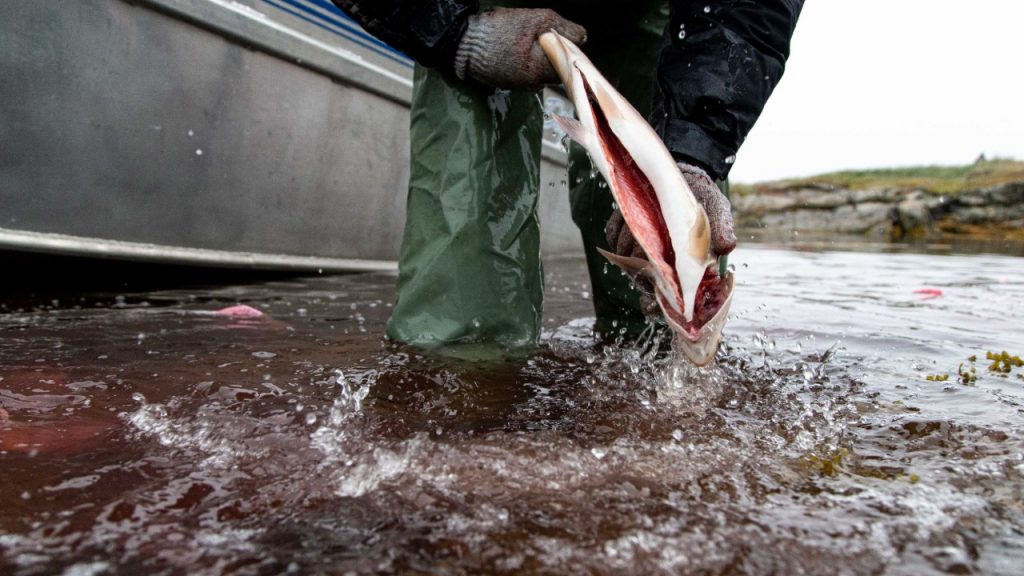 Arctic char being cleaned in the ocean in Hebron, a Moravian Mission closed in 1959 in what is now Nunatsaivut. When it comes to Arctic research, “The science and the human element are inseparable,”says Robert Rangeley, Oceana Canada’s director of science. (Courtesy Oceana Canada)

The Nunatsiavut Government said they weren’t able to reach their representatives on the expedition before publication of this story. But Rangeley says he hopes the information from the expedition can help inform future planning decisions and that further surveys will be planned in the future.

“We want to make sure there’s a direct line to those making the decisions so we can provide them with the information on which they will manage their oceans for conservation,” Rangeley said. “The science is important, but people and the partnerships are just as important.” 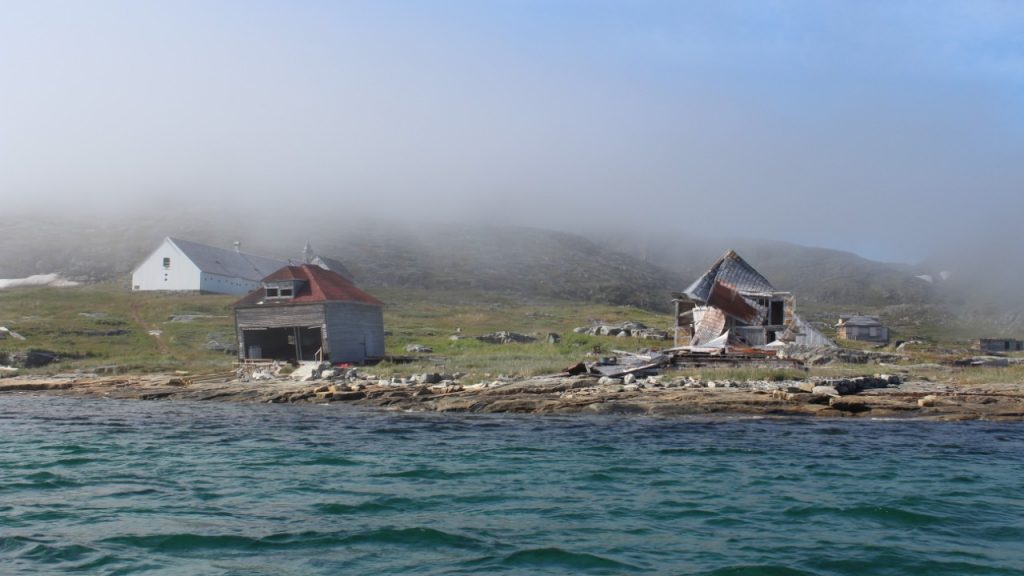 Hebron is a former Inuit community and Moravian mission. Labrador Inuit also had family fishing camps, cabins and traditional hunting areas around Hebron for hundreds of years, prior to the arrival of Europeans. Its residents were forced to relocate to other communities on the coast in 1959. Besides underwater sealife, the expedition team also saught to identify archaeological materials while looking underwater in Hebron Harbour. (Michelle Davies/Courtesy Oceana Canada)

For more on Nunatsiavut, sealife and the importance of collaboration between science and indigenous knowledge, listen to Eye on the Arctic‘s interview with Oceana Canada’s Robert Rangeley:

Besides Canada, the group has offshoots in Europe, Chile, Belize, Philippines, Brazil, Peru and Mexico.

Iceland: Iceland glacier lost to climate change to get memorial ceremony this month, Eye on the Arctic

Russia: First icebreaker to reach the North Pole ends her days in a scrapyard, The Independent Barents Observer