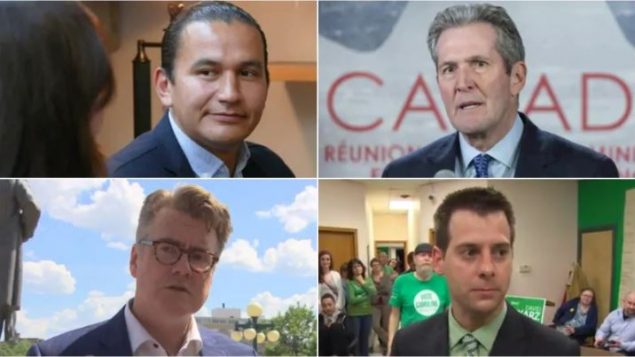 Voters in Canada’s western province of Manitoba are casting their ballots today in a provincial election that has the incumbent Progressive Conservatives seeking a second majority government.

Polls opened at 8 a.m. CT in the province’s 42nd general election. Eligible voters have until 8 p.m. to vote.

PC Leader Brian Pallister called the election a year early, three years into his first mandate as premier of Manitoba.

In 2016, Pallister led the PCs to a landslide victory over then-governing provincial New Democratic Party, picking up 40 of the 57 seats in the provincial legislature.

Pallister set out to cut provincial sales taxes, reduce budget deficits and took on the federal government over the carbon tax introduced by the Liberal government of Prime Minister Justin Trudeau.

Now Pallister is pledging to create 40,000 jobs, improve supports for victims of domestic violence and tackle the methamphetamine crisis, as well as bring more tourists to the province and create more flexible grocery store hours.

The NDP, which had governed Manitoba from 1999 to 2016, are Pallister’s main opponents. The left-of-centre party led by broadcaster and musician Wab Kinew, has campaigned on the promise of banning mandatory overtime for nurses, increasing the minimum wage to $15 and upgrading infrastructure. The NDP is also promising to cap tuition fees and slash the price of electricity for Manitobans.

The provincial Liberal party, led by Dougald Lamont, is promising to invest in French education, improve health-care access and bring in a $15 minimum wage, as well as cut crime and take bold action on climate change. The Liberals, who held only four seats at the time of dissolution, are hoping to make major inroads.

The Liberals are also facing competition from the Green Party of Manitoba, which garnered more than 5 per cent of votes in 2016 but failed to elect any Members of the Legislative Assembly (MLAs).

Green Party Leader James Beddome campaigned on the promises of setting up a guaranteed basic income program and scrapping the education property tax, as well as developing a province-wide compost program and increasing the carbon tax.

The right-of-centre Manitoba First party is the only other party apart from the PCs, the NDP and the Liberals that had a sitting MLA. However former Conservative Member of Parliament (MP) Steven Fletcher has announced that he is jumping back into federal politics and will run for the newly created People’s Party of Canada.