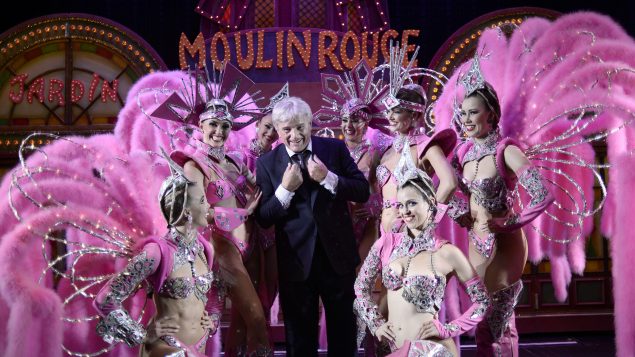 Jean-Jacques Clerico, owner and great great son of the founder of the Moulin Rouge poses with dancers on Oct. 1, 2014 at the Moulin Rouge cabaret in Paris. (Stephane de Sakutin/AFP/Getty Images)

Do you think you have what it takes to be part of the world’s most famous cabaret?

Then the folks at Moulin Rouge want you to show them what you got.

The world-famous Paris cabaret, which will celebrate its 130th anniversary on Oct. 6, is holding auditions in Toronto, Montreal and Vancouver this week.

Cabaret’s artistic director, Janet Pharaoh, and resident choreographer Erik Sorensen are looking for male and female dancers who have a strong background in classical dance and meet specific height criteria. 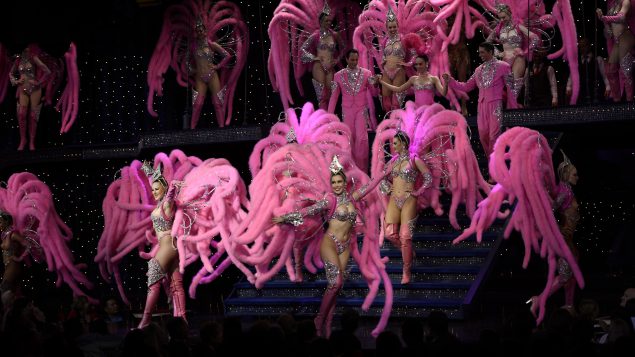 If chosen, the Canadian dancers will have only a month to learn their new dance routine before joining the current show Féerie with its multinational team of 60 artists coming from more than a dozen countries.

According to the cabaret’s website, Féerie is a dazzling show featuring “a troupe of 80 artists, including 60 Doriss Girls recruited world-wide ; 1000 traditional sumptuous revealing costumes of feathers, rhinestones and sequins, made in the most famous Parisian workshops; amazing sets in shimmering colours, uniquely designed by Italian artists ; outstanding international acts,” and a giant aquarium.

The show attracts more than 600,000 spectators from around the world annually.

The first audition was held in Toronto at Canada’s National Ballet School.