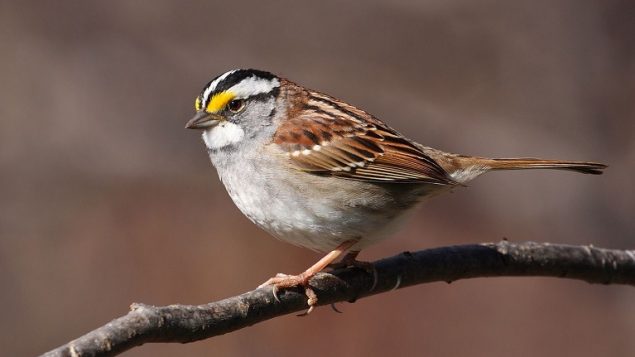 White throated sparrows like this were studied for the effects of a common neonicotinoid insecticide which could end up in their diet of seeds. Its believed this may explain in part a serious decline in songbirds (Wiki commons- Cephas)

Songbird populations around the world have been in steep decline in recent years and scientists have been searching for reasons. In North America the populations of more than 75 per cent of songbirds and other seed–eating birds have declined considerably since the late 1960’s.

A just-released study by researchers at two Canadian universities, the University of Saskatchewan, and York University in Toronto, found negative effects on small birds from imidacloprid, one of the commonly used family of insecticides called neonicotinoids.

Often blamed for a steep loss in bees and other pollinators, this is another bit of mounting evidence of “neonics” negative effects on birds.

Lead author, Margaret Eng, a post-doctoral fellow in the USask Toxicology Centre said the white-crowned sparrow suffered weight after consuming even just a few coated seeds. This delayed their migration which in turn could compromise their chances at reproducing and even their survival.  In a U Sask media story, “We show a clear link between neonicotinoid exposure at real-world levels and an impact on birds”. 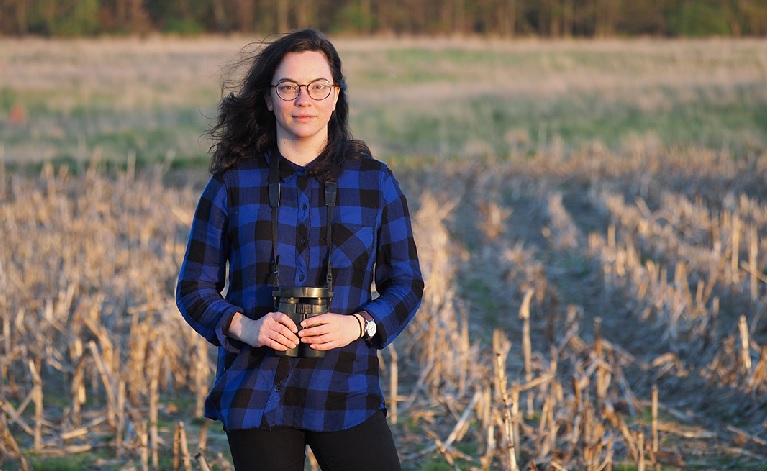 The study was conducted by lead author post-doctoral fellow Margaret Eng of the University of Saskatchewan Toxicology centre, ecotoxicologist Christy Morrisey of U Sask, and  biologist Bridget Stutchbury of York University Toronto. The findings were published in the September 13 edition of the journal Science, under the title, “A neonicotinoid insecticide reduces fueling and delays migration in songbirds” (abstract HERE)

Wild sparrows were captured at a southern Ontario stopover in spring migration during planting season and in three phases, were fed either a tiny, or a medium dose of the treated seeds, or none at all.  Small tracking devices were attached and the results studied. 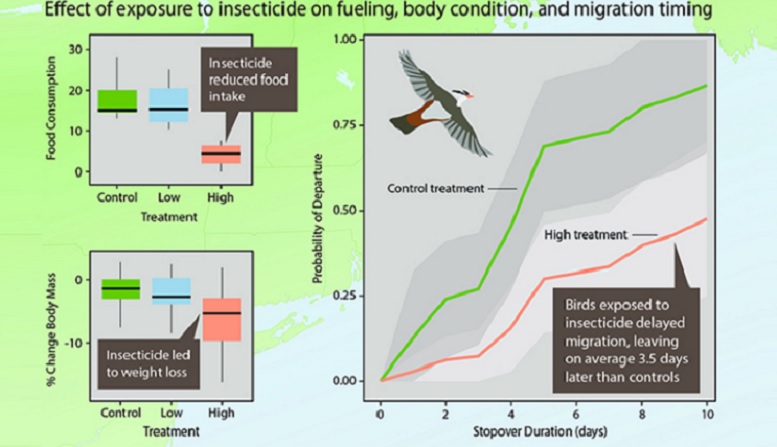 Because of the widespread use of the neonics throughout North American birds could suffer repeated exposure during migration. The study showed that while the birds recovered, the chemical which is similar to nicotine supresses appetite and become lethargic. Their migration was delayed by a few days while they regained weight. Those several days lost in migration might well mean losing a chance to breed, both in timing, and in energy levels after arrival at breeding grounds.

The neonicotinoids are coated on almost all corn and canola seeds in Canada and on many soybean seeds as well, and are also very widely used in and on crops in the U.S as well.

The EU banned neonics in 2018 because of the harm to pollinators.

Health Canada is proposing to phase out agricultural use of neonics over concerns to bees and pollinators, and traces accumulating in water bodies near farmland where population of insects such as midges and mayflies were being reduced with a subsequent negative effect on birds depending on that food source.  A final decision is expected later this year.