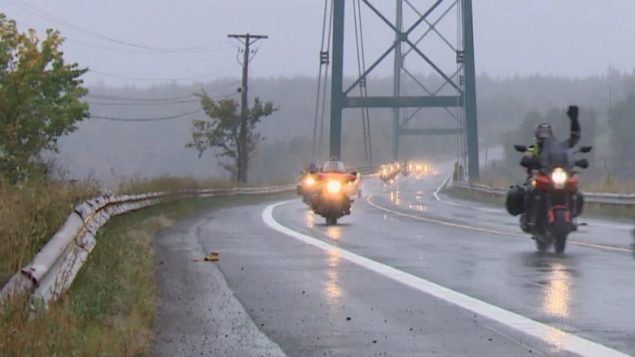 A group of Canadian female motorcyclists “passed the baton” on to American women bikers yesterday as part of a world motorcycle relay. Yes there is an actual baton in the relay, but it’s not a race at all, but rather part of a fun international awareness campaign

It was day 210 of this worldwide event and the rain in New Brunswick didn’t stop the women bikers from completing the final segment of the relay ride across Canada after getting the baton the day before from Quebec riders. The Canadian leg started in British Columbia. 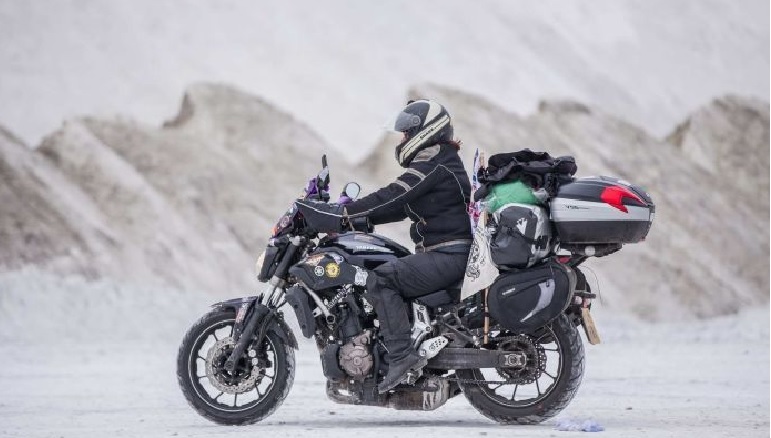 The world relay idea came from the U.K’s Hayley Bell, 27 as a way to raise awareness in the industry that women are an untapped and growing segment of the motorcycle and related products market.

In a statement on the WRWR website she writes, “I wanted to ignite a global sisterhood of inspirational women to promote courage, adventure, unity and passion for biking from all corners of the world and do something that’s never been done before to this scale. My aim is to WOW the industry into realizing the global market for women in Motorsports and to inspire women world wide. Going into motorcycle stores and seeing a lack of choice, combined with stereotypical pink and being told “there just isn’t the market for women”, highlighted to me just one small element of a much bigger picture around women in Motorsports”. 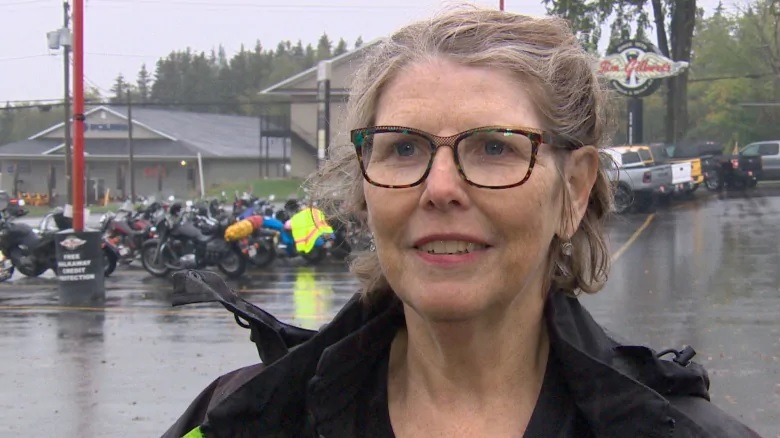 Organiser of the New Brunswick leg, Catherine Lawrence only starting riding in her 50’s and was hooked. She said the event has been exciting and empowering (CBC)

The worldwide relay started in Scotland in February and has seen thousands of women riders take part in segments through the UK, Europe, Asia, Australia, and New Zealand before heading to Canada.

The relay now continues across the U.S before heading to Mexico, Central and South America, and then to Africa.