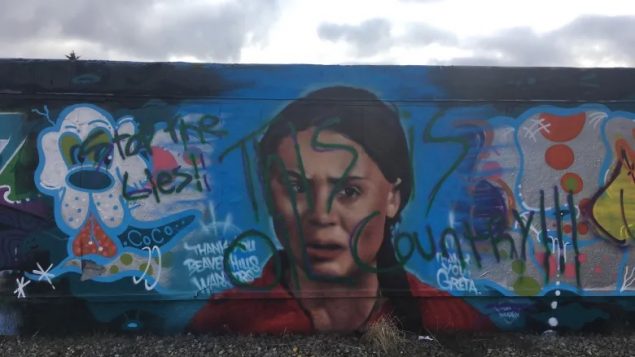 A freshly-painted mural of climate change activist Greta Thunberg in Edmonton, Alberta was defaced Sunday less than two days after she participated in a Fridays for Future rally at the steps of the oil-rich province’s legislature.

The painting depicting the 16-year-old Swede against a bright blue background was initially spray-painted in downtown Edmonton by local artist AJA Louden on Friday. 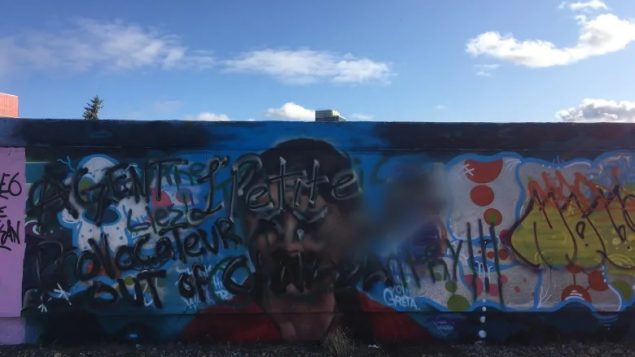 A newly painted mural of Thunberg was further defaced on Sunday morning. CBC has blurred a derogatory term that later appeared on the mural. (Andreane Williams/CBC)

The eyes of the portrait were later blacked out and a slur and a message telling Thunberg to leave Canada were written over the mural in French.

On Sunday morning as a CBC journalist was shooting video footage of the mural, a man identifying himself as James Bagnell walked up to the wall with spray paint and began painting “Stop the Lies. This is Oil Country” over the image of Thunberg’s face. 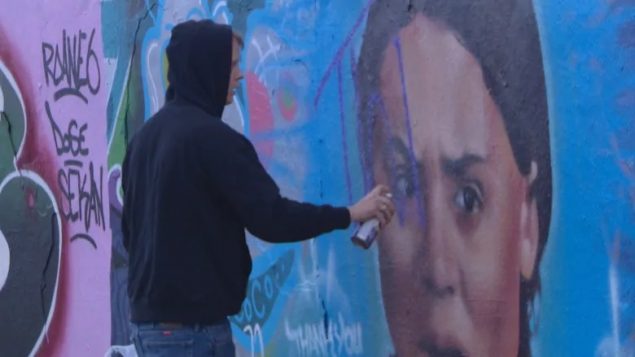 “This is Alberta. This is oil country. My father has worked in the oil industry. We don’t need foreigners coming in and telling us how to run our business, support our families, put food on our tables,” Bagnell said.

When a CBC crew returned later Sunday to shoot more footage, a different man was defacing the mural–this time calling Thunberg a derogatory term and telling her to get out of the country, 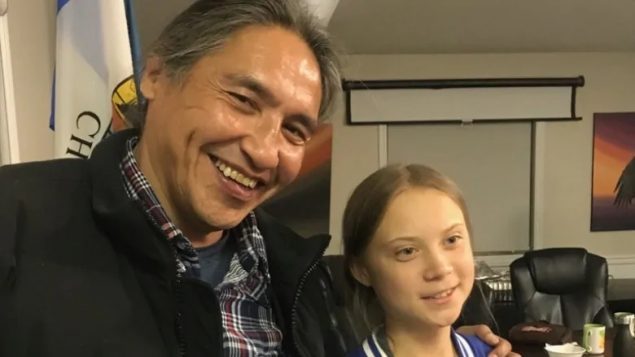 He declined to be interviewed.

After participating in the Friday’s rally, Thunberg travelled to Fort McMurray, where she met with leaders of the Mikisew Cree and Athabasca Chipewyan First Nations