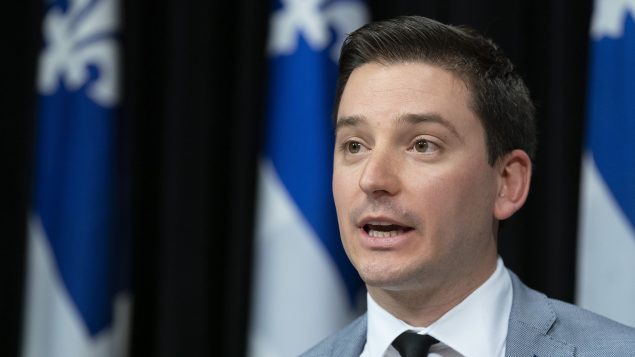 Quebec Minister of Immigration, Diversity and Inclusiveness Simon Jolin-Barrette speaks at a news conference at the legislature in Quebec City on March 28, 2019. (Jacques Boissinot/THE CANADIAN PRESS)

Bowing to public pressure, the Quebec government announced Wednesday it is backtracking on certain changes to a popular immigration program that allows foreign students and people working in the province a fast-track toward permanent residency in Canada.

Quebec Immigration Minister Simon Jolin-Barrette announced he would include a grandfather clause for people who were admissible to the Quebec Experience Program (QEP) before the changes came into effect on Nov. 1.

Created in 2010, the program fast-tracked the process of receiving a permanent resident status in Canada for foreign students studying in Quebec, as well as people working in the province for more than a year on temporary permits.

Accepted applicants received a Quebec Selection Certificate, which is the first step toward becoming a permanent resident in Canada under Quebec’s provincial immigration program, within 20 business days. That process normally takes two to three years when applying from outside the province.

But on Nov. 1, the Coalition Avenir Québec government of Premier François Legault cut about 300 fields of study from the list of ones eligible for the program. The list of eligible programs now includes seven doctorate programs, 24 masters, 65 bachelors and 59 collegiate diplomas.

The move left thousands of people hoping to settle in Quebec without a clear path towards permanent resident status, and eventually to Canadian citizenship, and was widely criticized.

A group of tearful students appeared at the National Assembly Tuesday, pleading the government to reconsider.

The next morning, Jolin-Barrette announced he would create an acquired rights clause, also known as grandfather clause, to allow them to complete the program.

But critics say there are still significant problems with the changes the CAQ government is making to the PEQ.

Later in the day on Wednesday the government faced an embarrassing loss in the National Assembly, after the opposition passed a motion calling on the CAQ to cancel its controversial immigration reforms.