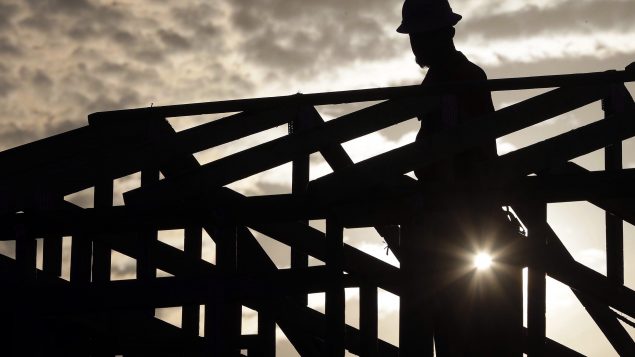 Statistics Canada says the employment was mostly steady in October, with the economy losing 1,800 jobs, a number small enough that the overall unemployment rate remained at 5.5%. (Matt York/THE CANADIAN PRESS/AP)

The number of people working in Canada dipped slightly in October as the manufacturing and construction sectors lost jobs, while the unemployment rate held steady at 5.5 per cent.

Statistics Canada said Friday the economy lost 1,800 jobs in October, following impressive gains of 54,000 jobs in September and 81,000 in August.

“Last week, the Bank of Canada emphasized that its future policy decisions will depend on resilience of the Canadian economy, particularly in consumer spending and housing,” said Josh Nye, senior economist at RBC Economics.

“A healthy labour market is key to both and there is little sign of deterioration in today’s report with the unemployment rate remaining low and wage growth continuing at a strong pace.”

In October, employment increased in British Columbia and Newfoundland and Labrador, and was little changed in the other provinces, Statistics Canada said.

The manufacturing sector lost 23,000 jobs, mostly in Ontario, while the construction sector lost 21,000. Employment in the “other services” industry also fell by 18,000.

The losses were offset in part by an increase of 20,000 jobs working in public administration (partly related to hiring of election workers for the federal election) and 18,000 in finance, insurance, real estate, rental and leasing.

“We continue to see employment in Canada as cooling off over the final quarter of the year to bring the volatile job growth readings more in line with GDP and hours-worked numbers,” said Royce Mendes, director and senior economist with CIBC Capital Markets.

“If, as we expect, November sees a reversal of some of the gains tied to the election, it will be another step in that direction, and nudge the Bank of Canada closer to the rate cut we expect to see in January.”