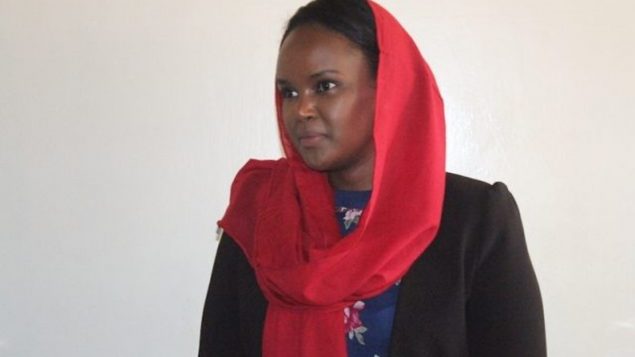 Almaas Elman was reportedly killed by a stray bullet that struck her car near the Mogadishu airport on Wednesday, Nov. 20, 2019 (Africanews.com)

Almaas Elman, who is both a Somali and Canadian citizen, was killed while travelling by car in a “secure area around the airport,” security officials told Africa Radio.

It appears that she was hit by a stray bullet that penetrated her car, Africa Radio reported but the exact circumstances of Elman’s death remained unclear on Wednesday.

“Our deepest thoughts and sympathies are with the family and friends of the Canadian citizen who died in a shooting in Somalia,” Angela Savard, a spokesperson for Global Affairs Canada, told Radio Canada International in an email.

Multiple sources now confirm that Almaas Elman, a civil society activist and former diplomat at Somali embassy in Kenya was killed as a result of gunshots in Halane area. She was a young rising leader; deepest condolences to her mother Fartun, her sister @IlwadElman and fireinds.

Consular officials in Nairobi, Kenya are in contact with local authorities to gather additional information, she added.

Elman along with her sister Ilwad and their mother Fartuun Adan was running the Elman Peace and Human Rights Centre in Mogadishu.

The foundation, named after the two sisters’ father,  Elman Ali Ahmed, a peace activist, who was killed in Mogadishu in 1996, works with vulnerable women and former child soldiers in the war-torn East African nation.

Their work had earned them multiple international humanitarian awards and nominations, including Ilwad Aman’s nomination for the 2019 Nobel Peace Prize.

The centre could not be reached for comment on Wednesday