Long Pond, near Windsor, Nova Scotia, is up for sale. The pond is billed as the birthplace of hockey, and hosts the annual Long Pond Heritage Classic outdoor event with enthusiasts and professional hockey legends from N America and abroad, Shown here is the Jan 30, 2016 event. (Andrew Vaughn- The Canadian Press)

Birthplace of hockey can be yours for C$1.38 million

Canada is of course, hockey mad.  It’s been that way since, well, before Canada was a country, and it is all believed to have started on a large pond near Windsor Nova Scotia. Indeed “Long Pond” is believed to be the so-called “cradle of hockey” where the game of hurley evolved into hockey in the early 1800’s* 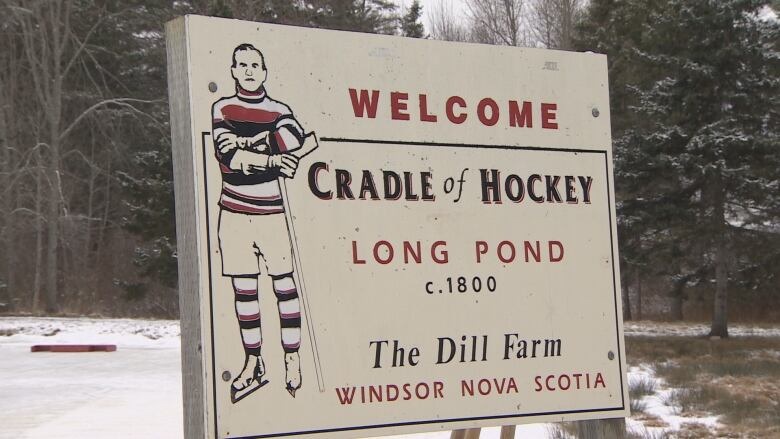 The actual pond and tow adjoining plots of land totalling 10 hectares are for sale at C$1.38 million (CBC)

It’s also where for almost 30 years, the annual Long Pond Heritage Classic is played as a charitable fund raising event where small teams of enthusiasts from Canada, the U.S, and overseas, often wearing hockey jerseys from the past, get to choose from several professional hockey legends to play on their team. It has become a huge annual event in the nearby town of Windsor. 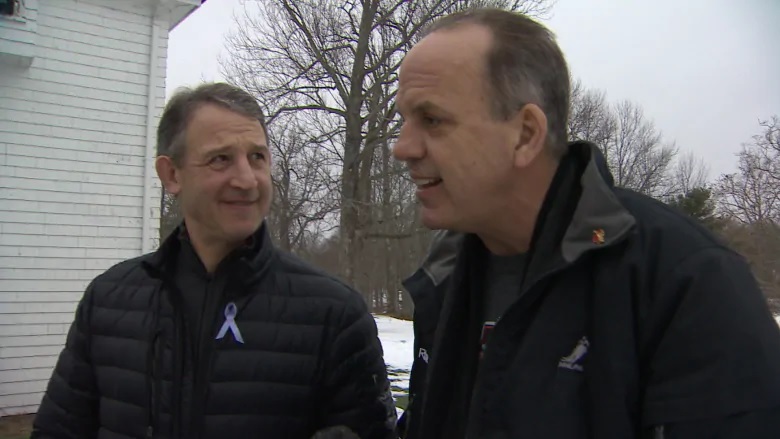 Former hockey stars are special guests at the “classic” and enthusiasts get to have them join their teams for the fund-raising event, names like Bobby Orr, and Guy Lafleur. Shown here In 2016 are (L) Rich Sutter and (R) Rich Natress (CBC)

Now Long Pond and the surrounding 10 hectares are for sale. With the deal goes the name Long Pond which has been trademarked since 2005.

The property is being sold by owner Danny Dill and his brother Andrew.  Although the plots have been in the Dill family since 1878 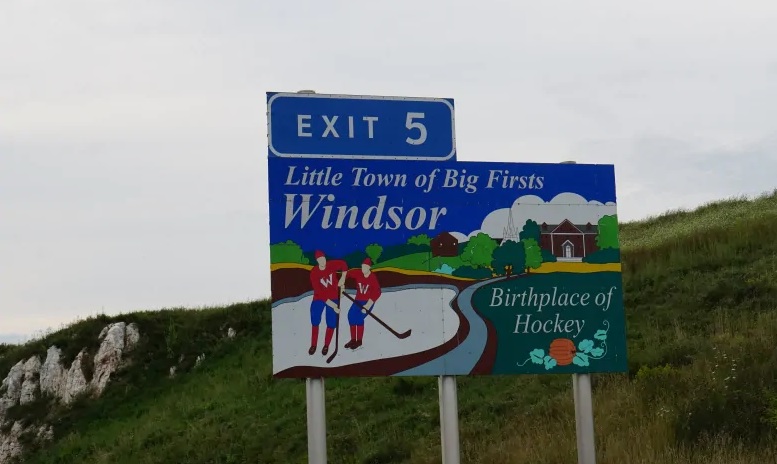 Danny says the hockey aspect has been taking far too much of their time. They want to focus on their farming business including the growing of world record giant pumpkins which had been developed by their father, the late Howard Dill who was also a hockey fan and began collecting memorabilia since the 1940’s and created an ad hoc hockey museum.

Danny Dill says he hopes a buyer will create a sort of hockey tourist attraction similar to a national hall of fame and museum type of venture.

The town of Windsor agrees but does want to put limits on the type of development that may take place there. 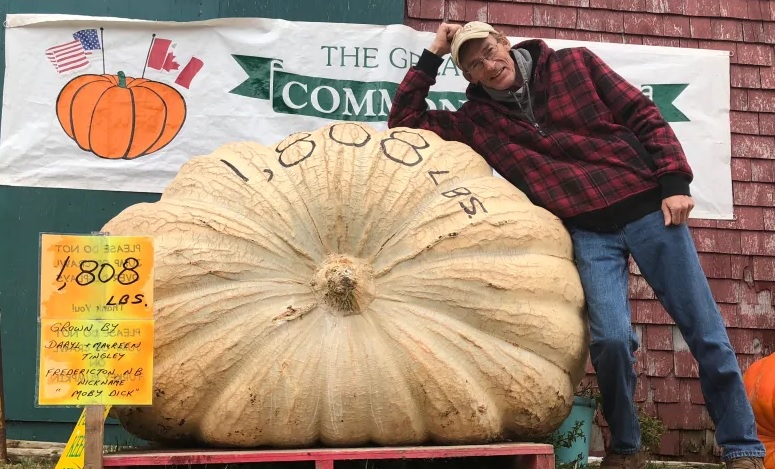 Begun by the late Howard Dill, Dan Dill continues to grow pumpkins including record winning giants, at the farm with his brother Andrew. They also supply several giants for the annual pumpkin regatta on Lake Pesaquid. (Mary-Catherine McIntosh-CBC)

*As to claims that hockey began in Montreal in 1873, or in Halifax in the 1820’s, or in the 1840’s in Kingston Ontario, the Dills scoff at the findings. There are printed references to hurley/hockey being played on Long Pond by boys from the nearby King’s College School in 1800-1816, and a recollection by another former student between 1816-1818