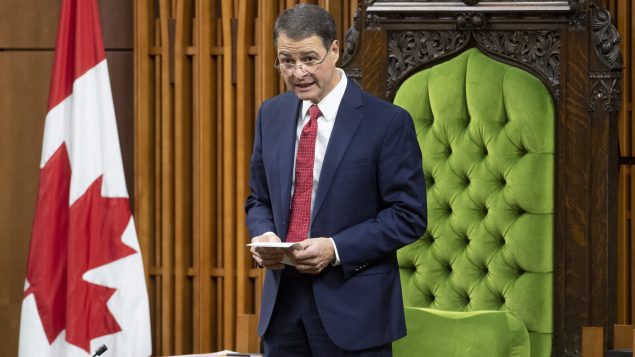 Liberal legislator Anthony Rota became the Speaker of House of Commons and the first Italian-Canadian to hold the position after beating four other Members of Parliament in a secret ballot election on Thursday.

After Prime Minister Justin Trudeau and Leader of the Opposition Andrew Scheer jokingly dragged Rota to the Speaker’s chair, per tradition, the Ontario MP thanked his colleagues for choosing him to preside over the lower chamber of Canada’s 43 Parliament.

“My promise is to be fair … to be nonpartisan, and to do my best in this House, at your service.” 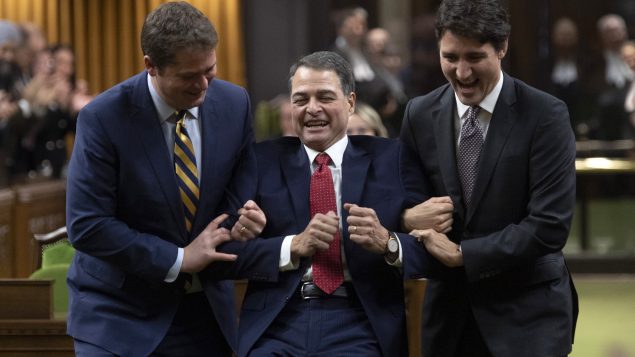 Prime Minister Justin Trudeau and Leader of the Opposition Andrew Scheer jokingly drag Liberal MP Anthony Rota to the Speaker’s chair after he was elected as the new Speaker of the House of Commons, in Ottawa, Thursday, Dec. 5, 2019 in Ottawa. (Adrian Wyld/THE CANADIAN PRESS)

“Our colleague, Anthony Rota, is widely recognized and respected as a skilled Parliamentarian,” Trudeau said. “With today’s vote, Members of Parliament have shown every confidence in his ability to oversee the House of Commons in a fair and impartial manner.”

Trudeau also thanked previous speaker Geoff Regan, who was one of the five candidates for the job – two Liberals, two Conservatives and one member of the New Democratic Party – but failed to get enough votes.

Rota, who represents the riding of Nipissing-Timiskaming in northeastern Ontario, choked up while talking about the honour of being the first Canadian of Italian descent to sit in the Speaker’s chair and gave a shout-out to his daughter, who was finishing her university exams today.

The Speaker’s duty is to be the impartial interpreter of the written and unwritten rules and traditions of the House of Commons, maintain order in the chamber, and defend the rights and privileges of MPs, including the right to freedom of speech.

It also comes with an apartment on Parliament Hill, an official residence at Kingsmere in Chelsea, Que., and an office budget of $1.2 million that includes up to $196,091 for hospitality and a car.