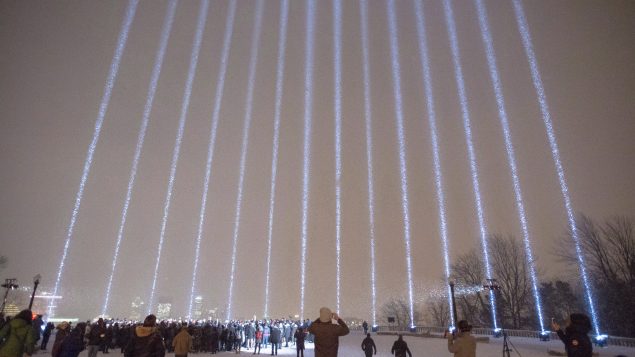 Fourteen lights shine skyward at a vigil honouring the victims of the 1989 Ecole Polytechnique attack, Thursday, Dec. 6, 2018 in Montreal. Several events are planned across the country today to mark the grim 30th anniversary of the Montreal Massacre. (Ryan Remiorz/THE CANADIAN PRESS)

Solemn ceremonies in Montreal and in cities across Canada are marking today the tragic anniversary of the deadliest mass shooting in Canadian history.

It was on this day, on a quiet afternoon on Dec. 6, 1989, that a young man armed with a semi-automatic rifle hidden in a plastic garbage bag walked into the hilltop campus of the Université de Montréal’s engineering school with vengeance in his heart.

After lingering at the registrar’s office of Ecole Polytechnique for about an hour, he entered a second floor classroom.

He ordered male and female students to separate, sending the men to the right and the women to the left.

He then ordered about 50 men to leave.

“I hate feminists!” the man shouted as he opened fire at the nine women still in the room, killing six of them and wounding three others. 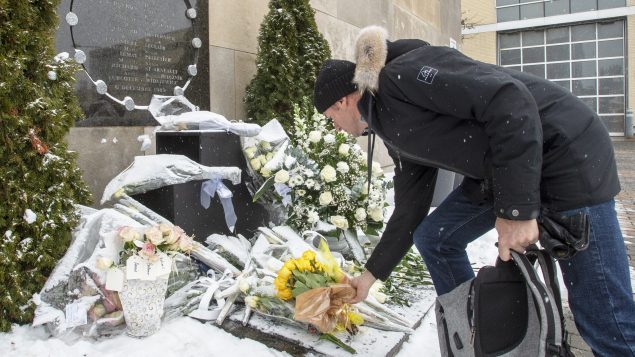 He then left the classroom, B-311, to continue his carnage in other parts of the building.

By the time he turned the gun on himself, seconds after he killed off his final victim with a hunting knife, the gunman had shot 28 people, killing 14 young women.

To mark their memory 14 beams of light — one for each woman — will illuminate the skyline of Montreal and cities across Canada this evening in memory of the women killed at École Polytechnique 30 years ago.

This year, 14 institutions from Memorial University of Newfoundland in St. John’s to the University of British Columbia in Vancouver are also taking part.

The names of each of the women will be said aloud, starting at 5:10 p.m. ET, the exact time the first shots were fired.

Thousands of people are expected to attend the ceremony, including the families of the victims, Prime Minister Justin Trudeau, Quebec Premier François Legault and Montreal Mayor Valérie Plante.