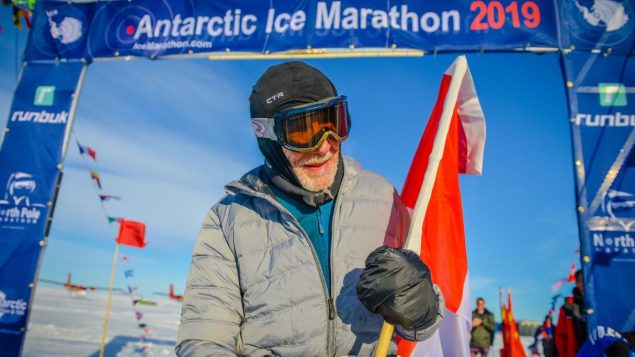 The 84-year-old veteran marathoner from Edmonton, Alberta, completed the 2019 Antarctic Ice Marathon, which bills itself as the world’s southernmost endurance race, in 11 hours 41 minutes and 58 seconds.

“It’s a fantastic achievement and one to inspire generations of athletes,” said in a statement on Facebook race director Richard Donovan.

An inspiration to all generations! 84-year-old Roy Svenningsen (CAN) completed the 2019 Antarctic Ice Marathon, becoming the oldest person in history to complete a marathon on the continent of Antarctica. #AntarcticIceMarathon #RoySvenningsen #legend @AntarcticIceMar pic.twitter.com/mVigWjXCco

Svenningsen, a retired oil executive who has run more than 50 marathons on five continents, is now a step closer to completing his personal goal of running a marathon on every continent.

Svenningsen ran his first marathon in Calgary in 1964. He posted his fastest time in Helsinki, Finland, completing the 42-kilometre distance in two hours and 38 minutes.

The Antarctic Ice Marathon takes place at 80 degrees south latitude, at the foot of the Ellsworth Mountains, at an elevation of about 700 metres. The runners face an average windchill temperature of -20C, and the possibility of strong Katabatic winds, according to race organizers.

Svenningsen wasn’t the only Canadian to take part in the race that brought together more than 50 athletes from 17 countries.

American runner William Hafferty finished first among men with 3:34:12, while Lenka Frycova of the Czech Republic became the fastest woman to complete the race at 4:40:38.