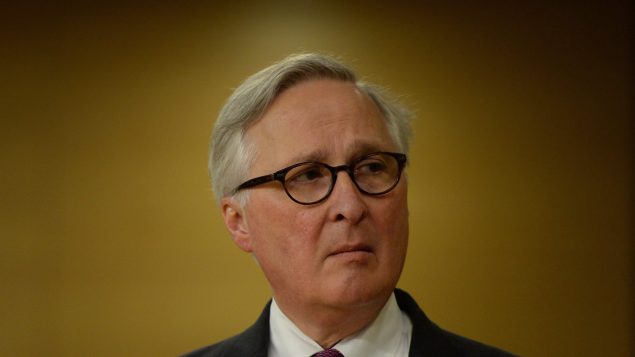 Richard Fadden, National Security Adviser to the Prime Minister, appears at Senate national security and defence committee in Ottawa on Apr. 27, 2015. Fadden, a former head of Canada's spy agency, says Canada needs to take a hard look at itself to ensure it is ready to face new threats. He was among many security experts urging rejection of China's bid to obtain a presence in the Arctic through purchase of the TMAC mine (Sean Kilpatrick/THE CANADIAN PRESS)

Does Canada need its own foreign intelligence service?

The world is undergoing fundamental change and Canada cannot rest on its laurels at a time of rising global threats, including the increasingly isolationist United States, dysfunctional Western allies and the emergence of China and Russia, cyber threats and terrorism, says Richard Fadden, former national security adviser to both Prime Minister Justin Trudeau and his predecessor, Stephen Harper.

I spoke with him at the Summit on Canada’s Global Leadership in Ottawa at the end of November in 2019. The event was organized by the Canadian Council for International Cooperation (CCIC), the Canadian Association for the Study of International Development (CASID), the Canadian Partnership for Women and Children’s Health (CanWaCH) and the Canadian Global Affairs Institute (CGAI).