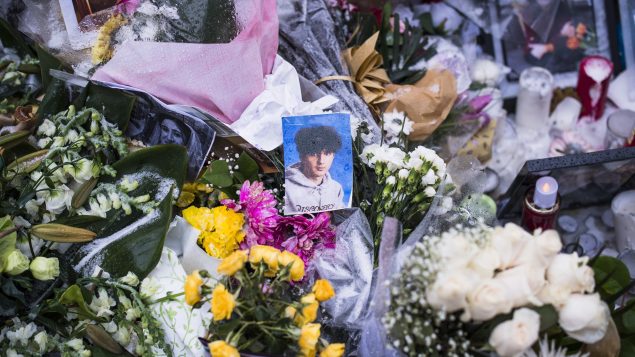 A photograph sits among flowers at the memorial for the Iran plane crash victims during a rally in solidarity with Iranian Protests takes place in Mel Lastman Square in Toronto on Monday. (Aaron Vincent Elkaim/Canadian Press)

Foreign Affairs Minister Francois-Philippe Champagne will lead a meeting of an international support group at London’s Canada House on Thursday for families of victims of the Ukrainian International Airlines jet crash in Tehran.

The International Coordination and Response Group for families of victims of PS752 was formed to ensure transparency and accountability following last Wednesday’s tragedy.

It includes participants from Ukraine, Sweden, Afghanistan and the U.S. 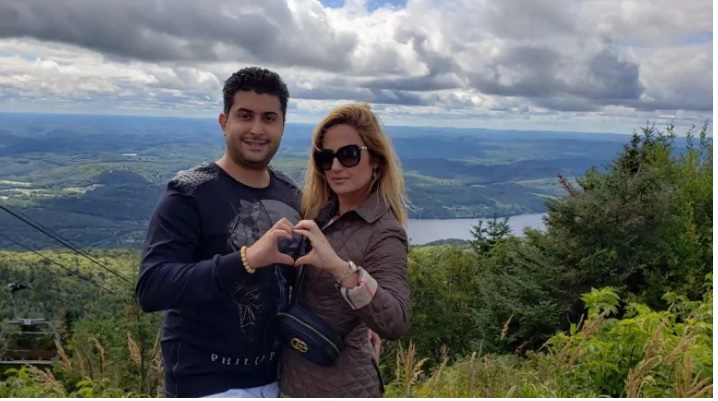 Iman and Parinaz Ghaderpanah died in the Ukrainian International Airlines Flight 752 crash. Their brother-in-law, Ramin Alaen, says they’ve planned a funeral for the couple in Toronto, though their remains will stay in Iran. (Submitted by Houtan Seirafian)

All 176 people aboard Flight PS752 perished, including 138 travelling to Canada.

On Monday, Champagne told reporters Canada is looking into what he called “disturbing” allegations that Iran is harassing family members of crash victims trying to repatriate loved ones’ remains.

Little is known at this point about how the repatriation process will play out.

Iran does not recognize dual citizenship, something that’s been an issue in past consular cases.

And the fact that Ottawa and Tehran do not have diplomatic relations further complicates matters. 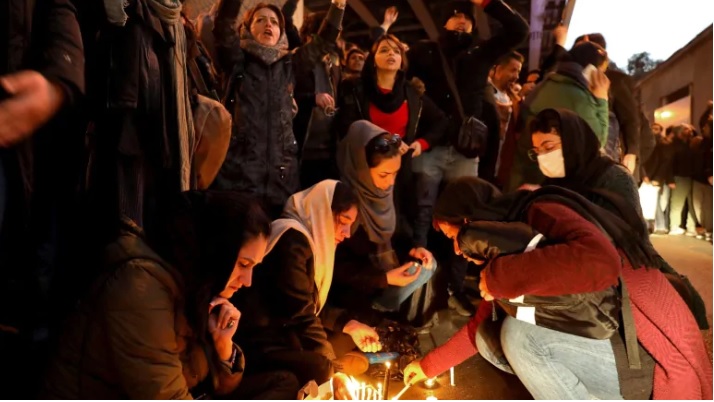 People gather for a candlelight vigil to remember the victims of the Ukraine plane crash at the gate of Amri Kabir University in Tehran on Saturday. (Ebrahim Noroozi/Associated Press)

The Boeing 737-800 was brought down by an accidental missile strike just hours after Iran launched air strikes against two military bases in Iraq where U.S. forces and some Canadians are stationed.

Prime Minister Justin Trudeau said on the weekend that he expects Iran to take full responsibility for the downing of the jetliner and indicated that he would press Iran to provide compensation on behalf of those killed.