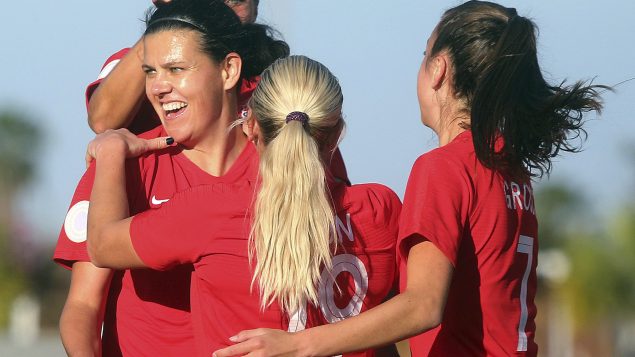 With 185 goals, Sinclair passed former United States women’s international soccer player, Abby Wambach, who had held the record up until yesterday with 184 goals.

“I’m a very proud Canadian, and when I first joined the National Team, I had goals and dreams and aspirations of passing Mia Hamm one day,”Sinclair said. “I obviously should have aimed higher, not knowing that Abby Wambach would have beaten her, but I never could have imagined reaching the totals that I have.”

Thank you to EVERYONE for all the messages…I’m slightly overwhelmed. Thank you to all my teammates, coaches, staff, friends and family.185 would not have been possible without you. pic.twitter.com/fP6vD43PUW

Mia Hamm was the previous record holder with 158 goals, until Wambach broke the record in 2013.

Sinclair scored goals 184, and 185 in a win against St. Kitt and Nevis in a CONCACAF women’s Olympic Qualifying Championship game.

After the record was broken, many took to Twitter to congratulate Sinclair on the accomplishment. Jon Herdman, the former head coach for Team Canada’s women’s soccer team, and current head coach of the men’s squad, congratulated Sinclair.

Sinclair made her debut for Team Canada as a 16 year old, nearly 20 years ago. Since then, she’s garnered a ton of recognition from her peers, and was recently named the Canada Soccer player of the decade.