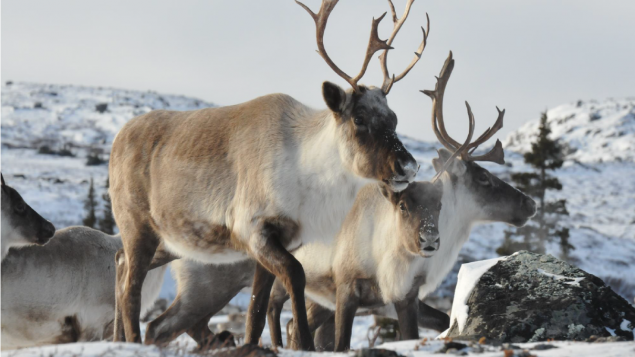 “Our people have been hunting caribou for generations. It’s really tough when you can see the animals right there and you’re not allowed to harvest but we have to do everything we can to let the herd recover,” says Gregory Flowers, the minister of Lands and Natural Resources in Nunatsiavut, in Atlantic Canada. (John Pisapio/Department of Fisheries and Land Resources, Government of Newfoundland and Labrador)

The Nunatsiavut Government of the Inuit region of Atlantic Canada is renewing their call for their land claims beneficiaries to respect the George River caribou hunting ban as the herd begins migration into the region’s traditional hunting grounds.

“This ban hurts, we know that,” Gregory Flowers, Nunatsiavut’s Minister of Lands and Natural Resources, told Eye on the Arctic in a phone interview.

“It’s really hard to restrain yourself from getting a fresh piece of caribou meat. Our people have been hunting caribou for generations. It’s really tough when you can see the animals right there and you’re not allowed to harvest but we have to do everything we can to let the herd recover.”

Indigenous peoples in both Newfoundland and Labrador, and the neighbouring province of Quebec, have become increasingly troubled over the years by the mysterious caribou herd declines.

The most recent census of the herd was completed in July 2018 by biologists from Newfoundland and Labrador and the neighbouring province of Quebec, along with Indigenous representatives from both provinces. 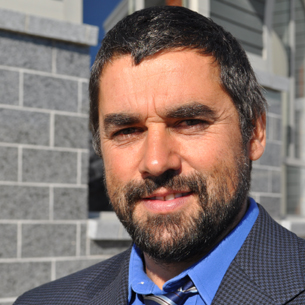 The herd was estimated at 5,500 animals.

The decline is having devastating impacts on Indigenous communities throughout the region were caribou meat and hunting are central to the culture.  In Nunatsiavut, it’s impacting everything from food security to culture to the transmission of the Indigenous culture from one generation to the next.

“We’re going to lose the knowledge of going back into the country,” Flowers said. “There’s a lot more to caribou hunting than just harvesting animals. There’s the preparation. There’s talk and buzz in the community. The travelling 200-300 km, or even further sometimes to pitch your tent and do everything that goes along with caribou hunting. It’s a cultural thing.

“In 1978, 1979 I went on my first caribou hunt and for a young man, and our young people today, that experience is being lost. And I  don’t want that for the future where we don’t know how to hunt caribou.”

The Nunatsiavut Land Claim agreement stipulates that any wildlife protection measures taken by the province of Newfoundland and Labrador or the Canadian federal government will be respected and it’s important for beneficiaries to remember that while the ban is in place, harvesting from the George River herd is illegal, Flowers said.

“If we hunt, we could be charged,” Flowers said. “But we just wanted to remind our beneficiaries that although we all want caribou, we have to look down the road five years, 10 or 15 years, so that we don’t do any more damage to the herd. ”

Indigenous cooperation on both sides of the provincial border

Seven Indigenous groups in both the province of Newfoundland and Labrador and the province of Quebec sit on the Ungava Peninsula Caribou Aboriginal Roundtable (UPCART), a body set up to help preserve and manage the herds. 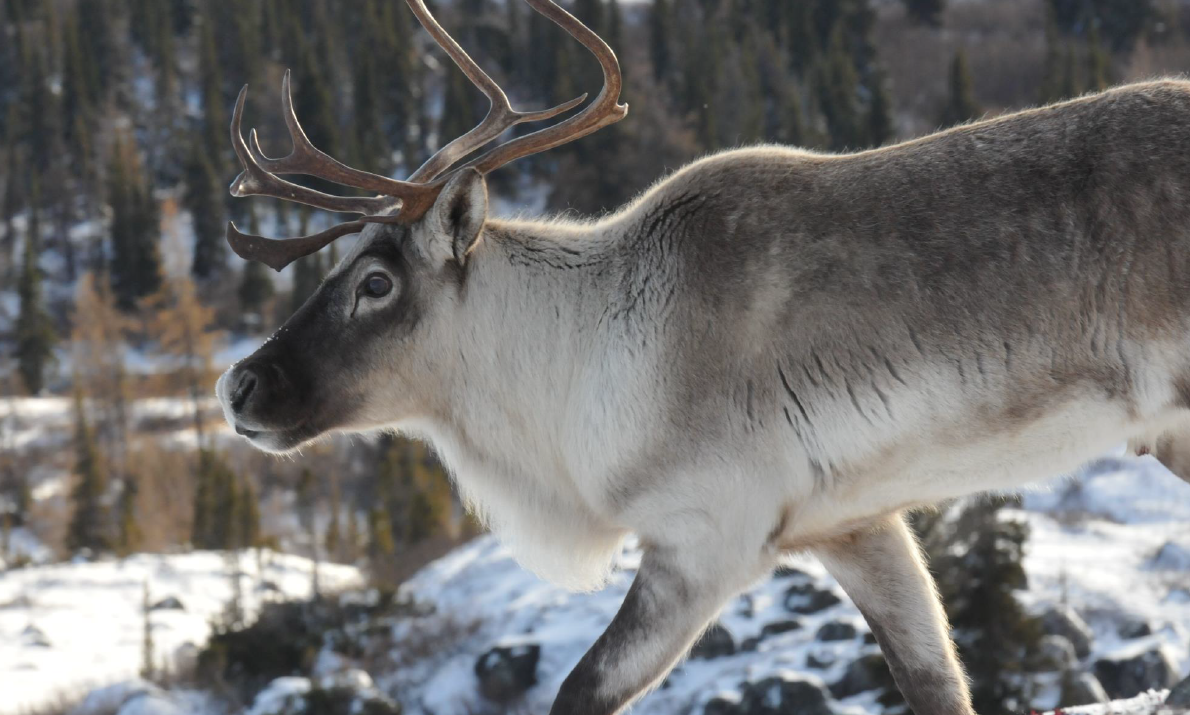 The George River harvesting ban isn’t just affecting food security, but also the transmission of hunting culture from one generation to the next, say Inuit in Labrador. (John Pisapio/Department of Fisheries and Land Resources, Government of Newfoundland and Labrador)

In 2017, UPCART signed an agreement to implement a long-term caribou management strategy that included an Indigenous sharing agreement, a research and monitoring plan, habitat management and environmental impact plan, a stewardship, education, and communication plan, and a social and economic plan.

In November 2018, the Grand Council of the Crees (Eeyou Istchee) and Cree Nation Government passed a resolution banning harvesting from the George River herd, including by beneficiaries of the James Bay Northern Quebec Agreement, a 1975 Indigenous land claim settlement that, among other things, outlines the hunting and harvesting rights reserved for Indigenous peoples.

In December 2018, Makivik Corporation, supported a resolution “voluntarily refraining from harvesting from the George River herd until the herd has recovered.”

Todd Russell, the president of the NunatuKavut Community Council (NCC), the governing body for the approximately 6,000 Inuit of south and central Labrador region, asked NunatuKavut hunters in January 2019 to stop hunting the herd …”until we are sure that the herds are healthy and well again.” 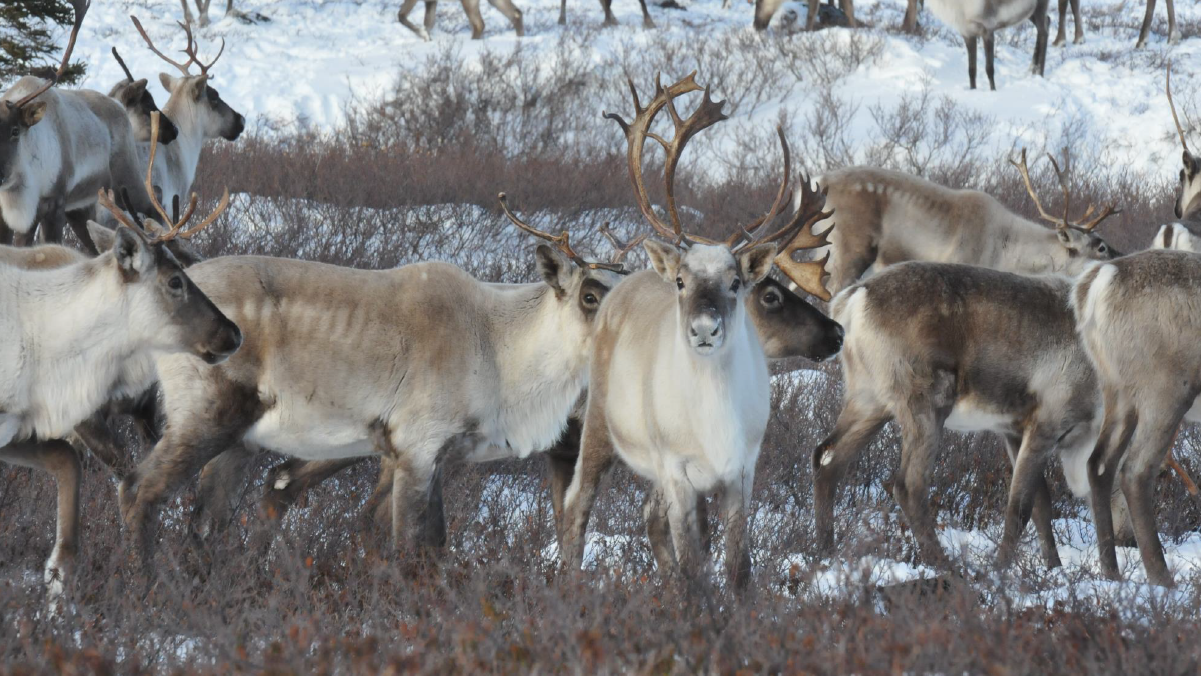 Although only recently appointed minister Flowers says upcoming priorities include seeing if there’s a way to let Nunatsiavut hunters harvest caribou from other herds in Quebec, or at least get caribou meat flown in from Quebec for special occasions.

“I think that would ease people’s minds,” Flowers said. “If we could at least have some caribou meat at least for ceremonial purposes or special events.”

In the meantime, Flowers says he hopes all Indigenous groups that depend on George River caribou continue to respect the ban, and that the province of Newfoundland and Labrador devote more resources to enforcing it,  until the herd recovers.

“We all have to, to the best of our ability, restrain from hunting the George (River caribou) and find other alternatives,” Flowers said. “We can’t just think about today if we want caribou for the future.”

Finland: The Arctic railway: Building a future… or destroying a culture?, Eye on the Arctic special report