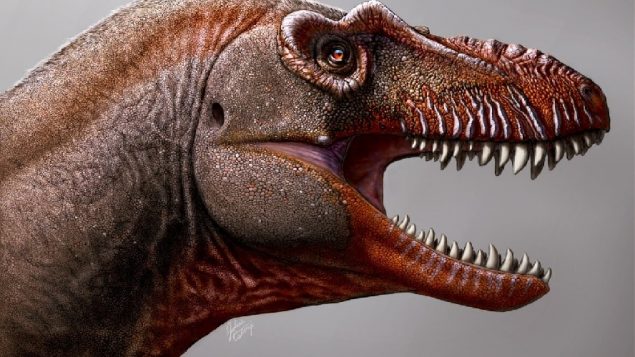 Living in Alberta millions of years before T-Rex, this 'new' and imposing tyrannosaur is the first new dinosaur to be discovered in Canada in 50 years. (artist- Julius Csotonyi)

A prehistoric ‘reaper of death’ discovered in Alberta

A new species of fearsome dinosaur has been discovered in Canada, the first in 50 years.

Some 79 million years ago, during the late Cretaceous period, a fearsome apex predator roamed what is now Alberta. At the time it would have been the swampy shore of a giant interior sea called the Western Interior Seaway that bisected the continent from the Arctic to the Gulf of Mexico

Although tyrannosaurus-like it is thought to be a separate species from T-rex which only appeared some 11 million years later.

The name of the new tyrannosaur- Thanatotheristes degrootorum- comes from the Greek god of death,Thanatos, and the Greek word for reaper or harvester, theristes. It was also named for the John and Sandra DeGroot, the Alberta ranchers, who originally found the fossil pieces along the Bow River in 2010. 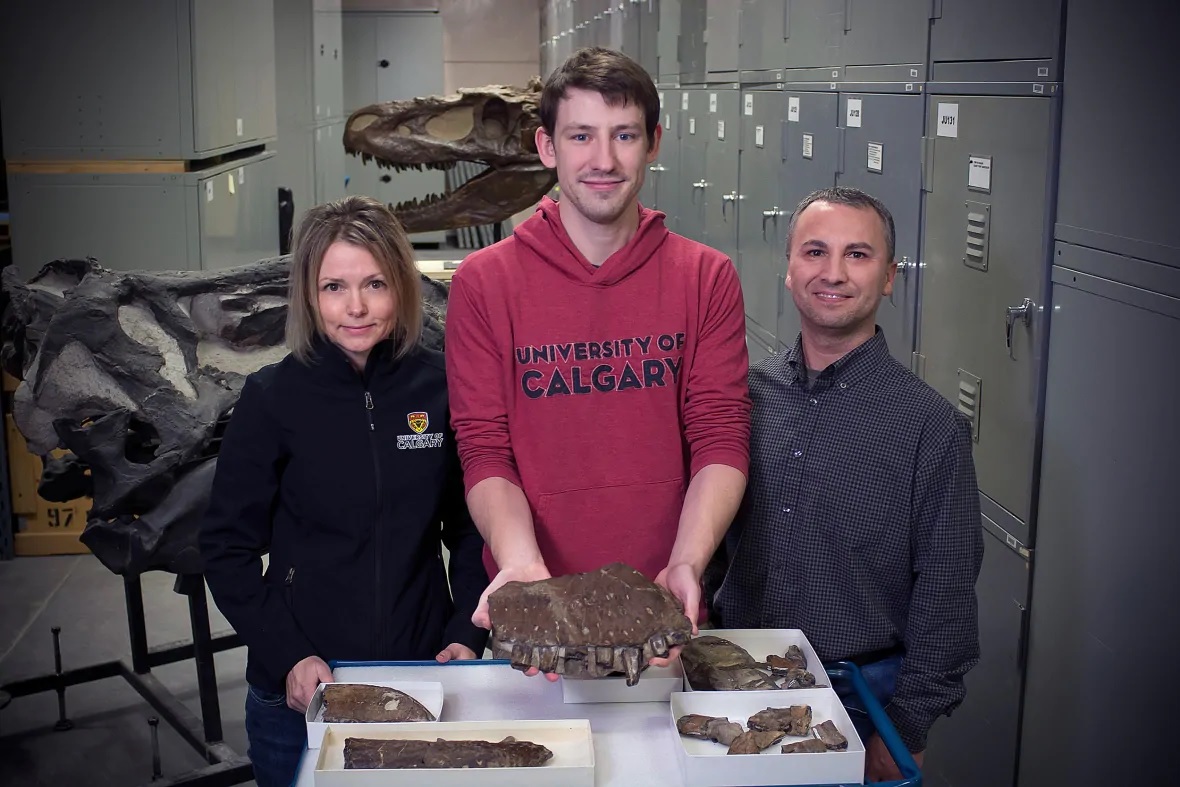 Darla Zelenitsky, Jared Voris and Francois Therrien, co-authors of the study, pose with the actual fossils of the species. Apparently the skull may have been complete at one time but parts were probably washed away by the river before these remains were discovered (Royal Tyrrell Museum of Palaeontology)

Those fossils sat in a drawer for years at the Royal Tyrell Museum until a Masters degree student, Jared Voris began to study it during research into a different species. He noticed that it had come from an area where no previous tyrannosaurs had come from and there were noticeable differences. This was confirmed by another specimen identified by Caleb Brown in 2018.

They estimate it would have been about 2.4 metres high at the hip, and about 8 metres long with an 80 centimetre skull. As the researchers noted, its presence would have caused panic among the other creatures in its range.