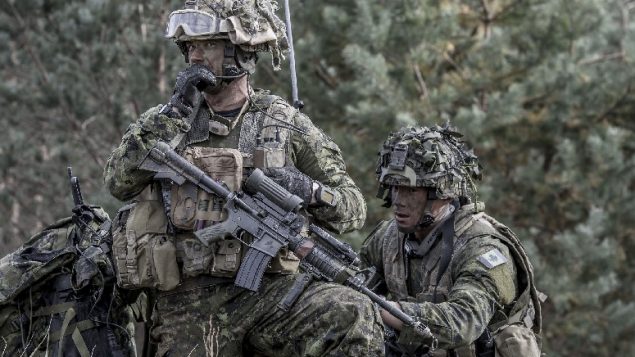 Members of the enhanced Forward Presence Battle Group Latvia wait for helicopters in the training area during Exercise TOMAHAWK Soaring at the Lielvārdes Military Base, Latvia on Oct. 3, 2018. (eFP BG ROTO 10 LATVIA Imagery/CAF)

A recent survey of attitudes towards NATO among member states and some non-members of the alliance should give Western policy-makers a serious pause, says a Canadian defence and security expert.

While NATO is generally seen in a positive light across publics within the alliance, many in member countries express reservations about fulfilling collective defence obligations under Article 5 of NATO’s founding treaty, a new Pew Research Center report finds. 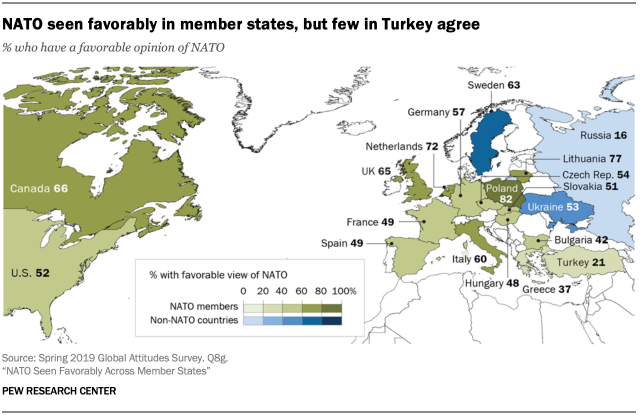 Canada has some of the strongest levels of support for collective defence obligations with 56 per cent of Canadians saying they would support the federal government dispatching the Canadian military to defend an ally against a potential attack by Russia. And two-thirds of Canadians have a favourable view of the alliance, according to the report. 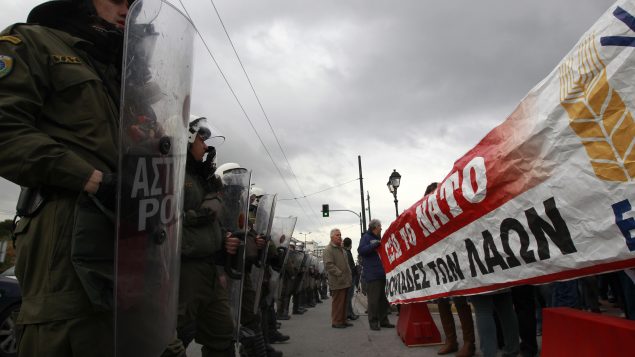 Rob Huebert, senior research fellow with the Centre for Military and Strategic Studies at the University of Calgary, says the relatively soft support for collective defence commitments by some member states shows the effectiveness of the Russian campaign to disrupt NATO and the detrimental effect of Trump presidency on the alliance’s cohesion.

“When you look at the way discord has been sown about the importance of Article 5, you can see clearly that amongst particularly the Southern Europeans – Bulgarians stood out, but also the Greeks and the Turks – the Russian effort has been quite successful,” Huebert told Radio Canada International in a phone interview.

“Because if it creates that feel that Article 5 is not an automatic element, well then the whole essence of the alliance is under threat.” 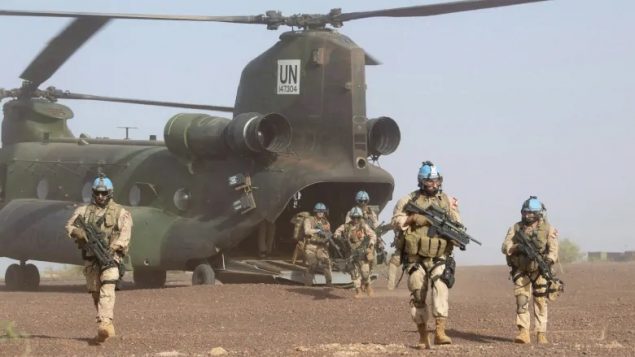 Canadian infantry and medical personnel disembark a Chinook helicopter as they take part in a medical evacuation demonstration on the United Nations base in Gao, Mali, Dec. 22, 2018. (Adrian Wyld/Canadian Press)

Also, despite the reservations many have about NATO’s Article 5 commitments, half or more in nearly every country surveyed agree it is sometimes necessary to use military force to maintain order in the world, the report says.

The report’s Canadian numbers defy the mythology that the Liberal government of Prime Minister Justin Trudeau is trying to propagate by presenting Canada as a “peacekeeping, peace-loving society,” Huebert said.

“When you see numbers like 71 per cent believe that military force must be utilised for the maintenance of international peace and stability, that flies in the face of the mythologies that the Liberals and to a lesser degree the Conservatives are always trying to say about Canada,” Huebert said.

“I think there is a very strong realist tendency within the Canadian public in terms of the recognition that there are some situations out there where military force has to be used.”