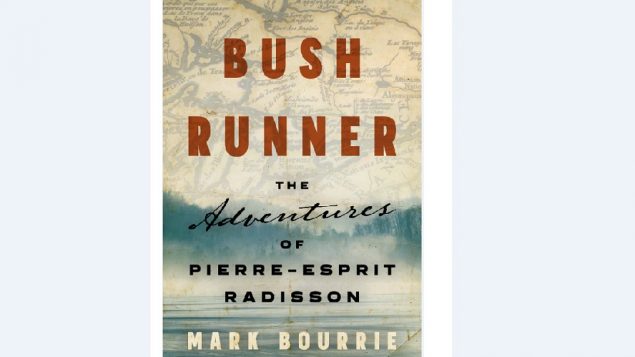 A book about the fantastic life adventures of a most colourful 17th century figure "Pierre-Esprit Radisson" who played a role in development and exploration of the "New World" The book won the RBC-Taylor $25.000 prize for non-fiction.

One of Canada’s most prestigious literary prizes has been awarded.

The $25,000 RBC-Taylor prize for non-fiction was given to Mark Bourrie.

Bourrie (PhD) is a journalist, author and currently lecturer in history at Carleton University, and Canadian Studies at the University of Ottawa. 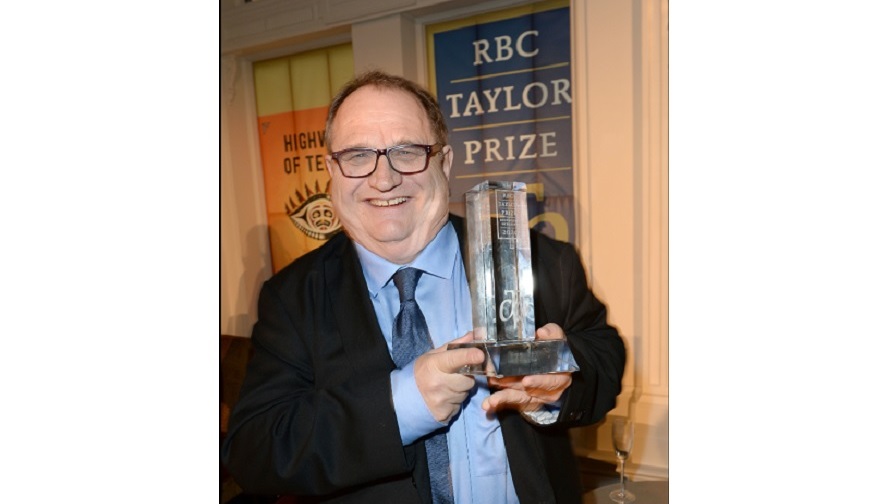 His book is about a most colourful historical character, Pierre-Esprit Radisson, who Bourrie describes as “an eager hustler with no known scruples” and as a murderer, salesman, pirate, adventurer, cannibal, and co-founder of the Hudson’s Bay Company.

Sourced from Radisson’s journals, Bourrie’s tale notes that the man who had explored and “discovered” much of North America, also ended up travelling much of world in a series of almost unbelievable adventures and incidents, while along the way he double-crossed the English, French, Dutch, and his adoptive Mohawk family alike, 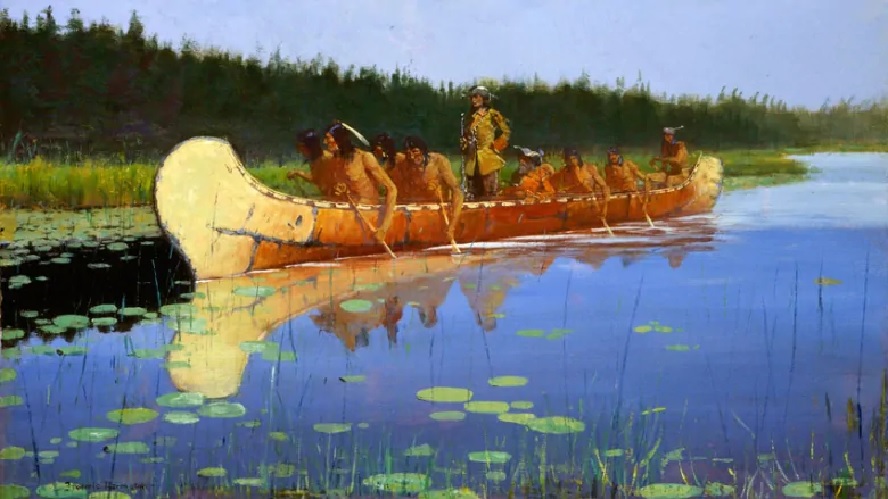 Oil painting of Pierre-Esprit Radisson and Médard Chouart, Sieur des Groseilliers by American artist Frederic Remington. ‘Our image [of fur traders] is of hardy voyageurs paddling gigantic birchbark canoes across the open waters … In fact, in the seventeenth century it was the Indigenous people who did almost all the work,’ writes Mark Bourrie. adding thatRadisson was a “hustler with no scruples” (VCG Wilson/Corbis via Getty Images)

The award was created in 1998 by the trustees of the Charles Taylor foundation to continue his interest in excellence of literary non-fiction. The first The RBC Taylor Prize was awarded in 2000 and continues to be awarded to the author whose book best combines a superb command of the English language, an elegance of style, and a subtlety of thought and perception. The ’emerging artist” award is to be announced shortly.

This year however marks the end of the RBC Taylor prize. In a press release announcing this year’s winner the Foundation announced that, “ after 20 years, the Trustees of the Prize announced the conclusion of the Prize, confident that the RBC Taylor Prize has helped to create long-lasting change for the perception of literary non-fiction in Canada.