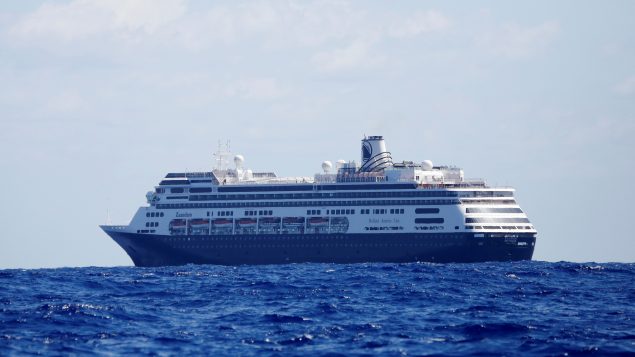 The cruise ship MS Zaandam which has been afflicted with coronavirus disease (COVID-19) is seen off the coast of Fort Lauderdale, Florida, U.S., Apr. 2, 2020. (Marco Bello/REUTERS)

Canadian passengers on board two Holland America cruise ships will be allowed to disembark in Florida on Thursday and will be flown back to Canada, U.S. President Donald Trump announced Wednesday.

Officials at Global Affairs said they are aware of 247 Canadians on board both ships.

Ninety-seven Canadian passengers and one Canadian crew member remain aboard the MS Zaandam, which was denied entry by several countries before Trump gave it clearance to dock in Fort Lauderdale.

In addition, 150 Canadian passengers have been moved from the Zaandam to its sister ship MS Rotterdam to provide some relief to the virus-stricken crew and passengers of the Zaandam.

Four passengers died on board the Zaandam due to an outbreak of COVID-19 aboard the luxury cruise ship.

Speaking to reporters on Thursday, Prime Minister Justin Trudeau said the government is looking at flying the passengers back to Canada on a chartered flight.

However, it’s not clear yet whether the federal government will quarantine the passengers at one of its facilities as it has done with passengers from two other cruise ships that had COVID-19 outbreaks aboard, or whether it will allow them to self-isolate at home.

“Anyone who returns from overseas needs to be quarantined for 14 days, needs to be isolated so that they do not spread COVID-19 in the population,” Trudeau said.

Canadian officials will ensure that all the passengers are properly isolated, Trudeau added.

‘The worst experience of our lives’ 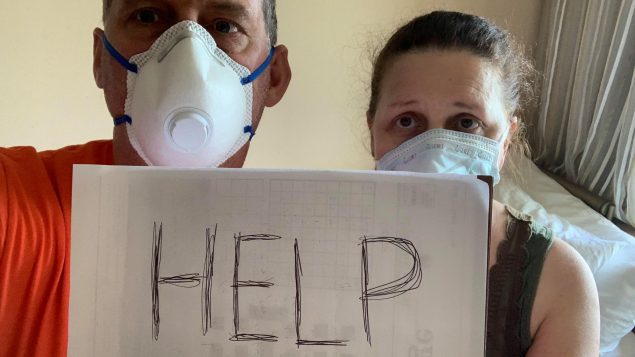 Passengers Chris and Anna Joiner sent a message to the Canadian government last week, asking for help while stuck on board the Zaandam, a cruise ship that recently experienced four deaths. (Submitted by Chris Joiner)

“I couldn’t begin to tell you how happy we are,” passenger Chris Joiner, 59, of Orleans, Ontario, told CBC News.

He and his wife, Anna are on board MS Zaandam, that has been sailing off the coast of South America and in the Caribbean for more than two weeks, looking for a place to dock.

The two sister ships are carrying 1,243 passengers, including the 247 Canadian passengers and one Canadian crew member. The Zaandam is scheduled to arrive at 3:30 p.m. ET on Thursday, while the Rotterdam is expected at 4 p.m.

Local officials previously resisted allowing the two ships to dock as the Zaandam has confirmed COVID-19 cases on board and several passengers in need of hospital care.

The Public Health Agency of Canada (PHAC) recommends that Canadians avoid all cruise ship travel due to the ongoing pandemic.