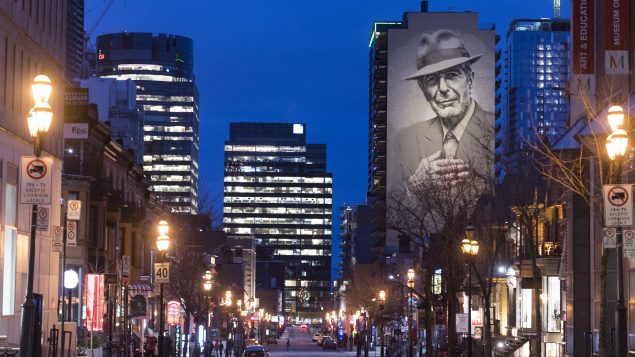 A mural of Leonard Cohen looks down on an almost empty Crescent Street in Montreal, Wednesday, Apr. 1, 2020. The world-famous bard and poet was one of the sponsors of the Montreal International Poetry Prize, launched in 2011. The biennial prize is seeking submissions for the 2020 competition. (Graham Hughes/THE CANADIAN PRESS)

The Montreal International Poetry Prize offers $20,000 for one poem

Have the long hours of lockdown-induced solitude, boredom, anxiety and longing fired up your creative energy?

Have you been pouring all that pent up creativity into poetry?

Then, perhaps, consider applying for the Montreal International Poetry Prize.

The biennial prize, which is now administered by McGill University’s English department, was founded in 2010 by McGill alumni and poet Asa Boxer, with the help of Peter Abramowicz and Len Epp. Its inaugural competition cycle in 2011 offered an award of $50,000. World-famous Montreal-born poet and bard Leonard Cohen was one of its sponsors.

Since then the prize has been given four times and has attracted submissions from 70 countries.

Organizers say the competition is meant to accent the creation of a new poem rather than prior achievements or celebrity status.

Ten jurors create a short list and then one judge picks the winner — judging is blind, with the names of the poets not known, Hickman said.

“They choose on the basis of what they see before them in the poem,” Hickman said. “It’s done without any awareness on the part of the jury who’s written these poems, so the spotlight falls on the individual crafted poem.”

The competition reaches out to poetry written in English all around the world, Hickman added.

“This whole project has made us think about poetry in different ways because we’re trying to tune ourselves and learn more about the way poetry is taken up as a language of experience around the world,” Hickman said. At the same time, the festival is also deeply rooted in Montreal’s rich poetic heritage, she added.