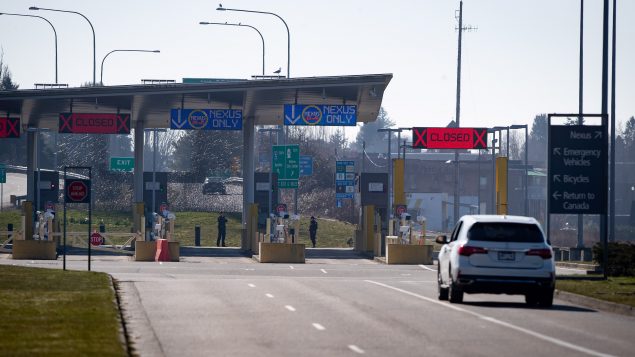 A British Columbia motorist approaches the U.S. port of entry into Blaine, Wash., at a very quiet Douglas-Peace Arch border crossing, amid concerns about the spread of the coronavirus in Surrey, B.C., on Wednesday, March 18, 2020. The Canada-U.S. border will be closed to non-essential traffic in both directions "by mutual consent," until at least Nov. 21. (Darryl Dyck/THE CANADIAN PRESS)

Canada is in no rush to reopen borders, says Trudeau

Canada will be “very, very careful” about easing restrictions on international travel, including all non-essential travel from the U.S., as countries around the world begin to relax travel bans aimed at slowing down the spread of the COVID-19 pandemic, Prime Minister Justin Trudeau said Tuesday.

Canada and the U.S. reached an agreement on March 21 to temporarily close the border to non-essential travel in both directions, while keeping it open to commercial traffic and essential workers such as airline crews and medical workers. It was extended on April 22 by 30 days and is set to expire on May 21.

“We’re going to be very, very careful about reopening any international travel, including in the United States, before we feel that it is time,” Trudeau told reporters during his daily briefing in Ottawa.

“Preventing transmission from outside of Canada into Canada, once we have controlled the spread within Canada, will be an essential part of ensuring that we don’t fall back into a second wave that could be as serious as this wave we’re going through, or even more so.” 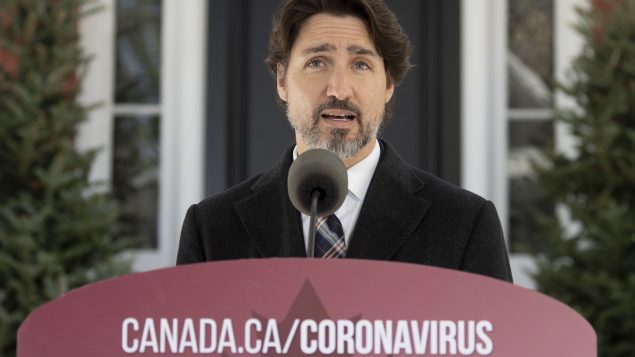 The federal government is focused on flattening the curve and decreasing the number cases of COVID-19, he said.

“Our priority needs to be keeping Canadians safe, and that is the spirit in which we have engaged in constant and constructive dialogue with the Americans to talk about shared interests, including the border,” Trudeau said.

“And I have no doubt we will have more to say in the coming days on how we continue to move forward in a way that keeps Canadians safe.”

Trudeau’s comments came as several provincial premiers have said that they oppose opening the border to non-essential travel from the U.S. until the situation there gets under control. 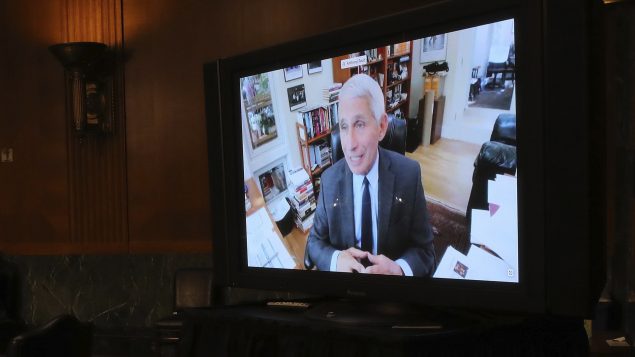 Dr. Anthony Fauci, director of the National Institute of Allergy and Infectious Diseases, speaks remotely during a virtual Senate Committee for Health, Education, Labor, and Pensions hearing, Tuesday, May 12, 2020 on Capitol Hill in Washington. (Win McNamee/Pool via AP)

Fauci’s testimony before a Senate committee came as more than two dozen states have begun to lift their lockdowns as a first step toward economic recovery.

“There is no doubt, even under the best of circumstances, when you pull back on mitigation you will see some cases appear,” Fauci told senators in an online testimony.

In fact, he said opening too soon “could turn the clock back,” and that not only would cause “some suffering and death that could be avoided, but could even set you back on the road to try to get economic recovery.”

Worldwide, the virus has infected nearly 4.2 million people and killed over 287,000 — more than 80,000 in U.S. alone. The death toll in Canada climbed over 5,000 on Tuesday with the total number of infections since the outbreak began topping 70,000.