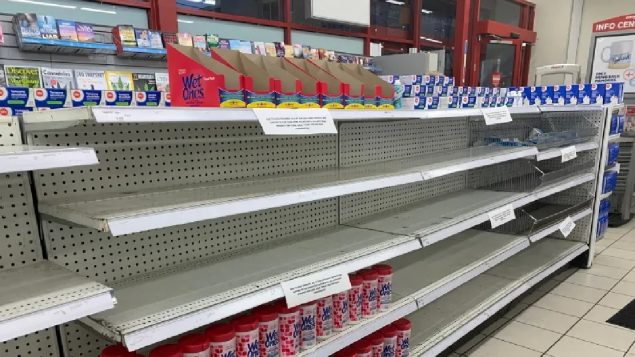 With heavy consumer demand for disinfectants which are generally considered essential during the health crisis, there may be a temptation to jack up prices just a little too high (Leanne Hazon-CBC)

Unfortunately, it is perhaps not to be unexpected that people and companies would try to take advantage of others concerns and profit from it.

While there have been cases of individuals bulk buying scarce products to create temporary shortages and resale at higher prices, it seems some businesses may be doing so as well. But, there are laws against it.

While there are hundreds of investigations and warnings to companies that have been handed out in several provinces, the Alberta company appears to be the first to have been chargec.

The Canadian Press has identified the company as CCA Logistics and the owner as Yan Gung. He is quoted by the CBC saying due to global competition his costs are higher to bring in the products in so he has to charge more to customers.

It is important to note, that the charges have not been proven in court.

Alberta, British Columbia and Saskatchewan were the only three provinces with specific legislation against price gouging prior to the pandemic.

With its declaration of a health state of emergency Ontario added rules on gouging related to the pandemic.

On March 26, Ontario Premier Doug Ford tweeted that Price gouging and reselling essential items that vulnerable people count on is UN-CANADIAN, it’s wrong, and we are putting an end to it! 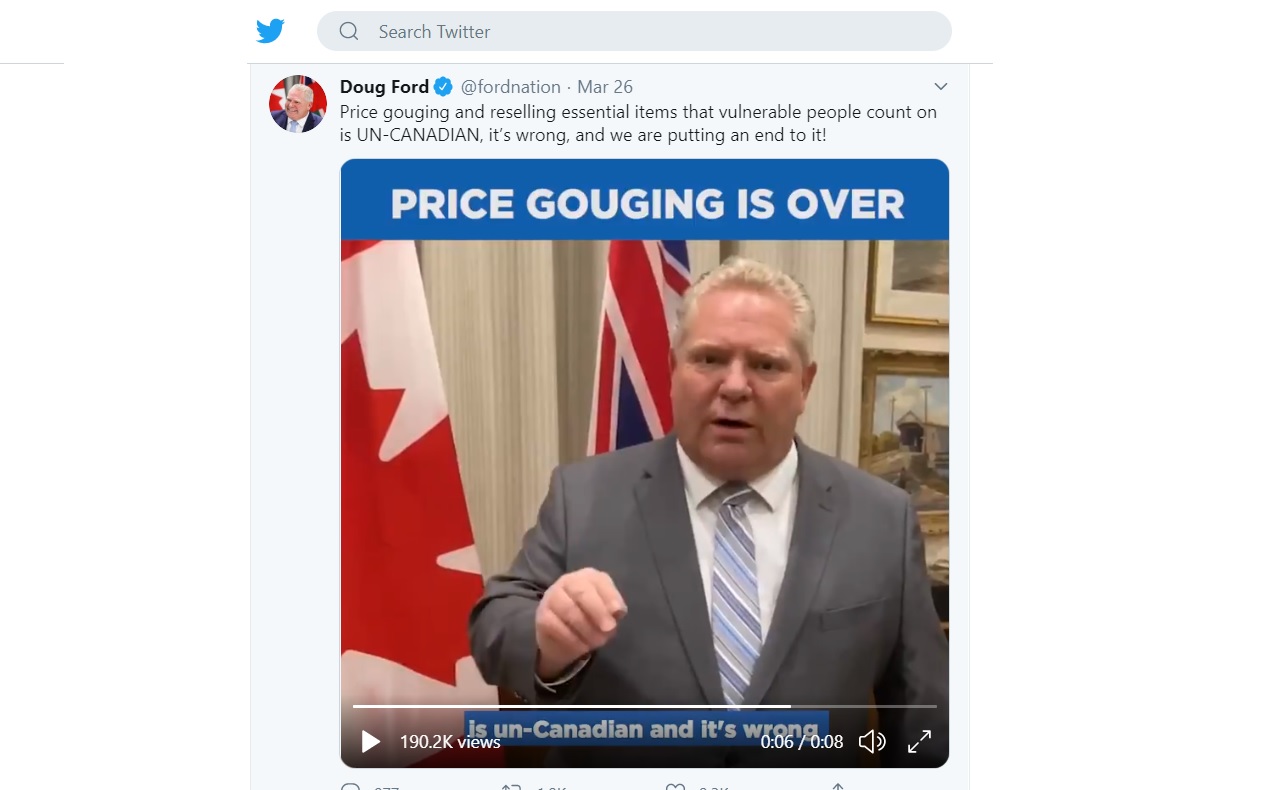 The rules prohibit selling of “necessary goods at unconcionable prices”. Such goods include

In Ontario, the Toronto Star reports government agencies had recieved over 22,000 price gouging complaints since the end of March with over 8.000 reviewed by the Consumer Protection service.  About 500 businesses have recieved warnings and  about 200 had been referred for police and local bylaw investigations.

Nova Scotia had enacted similar laws with its own Emergency Management Act, which specifically provides that no person “may charge higher prices for food, clothing, fuel, equipment, medical or other essential supplies or for the use of property, services, resources or equipment than the fair market value of the same thing immediately before the emergency.”

In all provinces where gouging is determined, fines can range from  the hundreds to thousands of dollars for individuals, $100,000 and up for corporations and directors, and may also include a prison sentence. The potential penalties differ from province to province but all can be can quite severe.