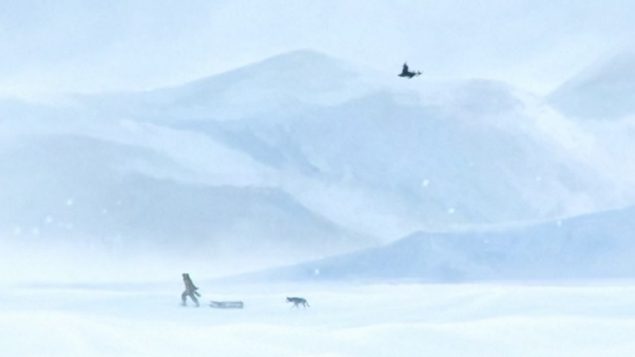 A starving hunter, his dog and a curious raven in a stark landscape in Giant Bear ( e-d films, Taggut Productions)

Canada’ major film awards event, the Canadian Screen Awards, handed out its ‘Genie” awards for the best in cinema, television and digital media last week. A merger of the previous Gemini and Genie awards for TV and film respectively, this was the 8th edition of the joint screen awards, considered the equivalent in Canada of the Oscars in the U.S, BAFTA in the U.K   AACTA in Australia and other national awards.

The tale of old Inuit legend combining 2D and 3D digital technology won the category of best short animation is a ‘David and Goliath’ type tale, based on a book and was four years in production before completion last year. 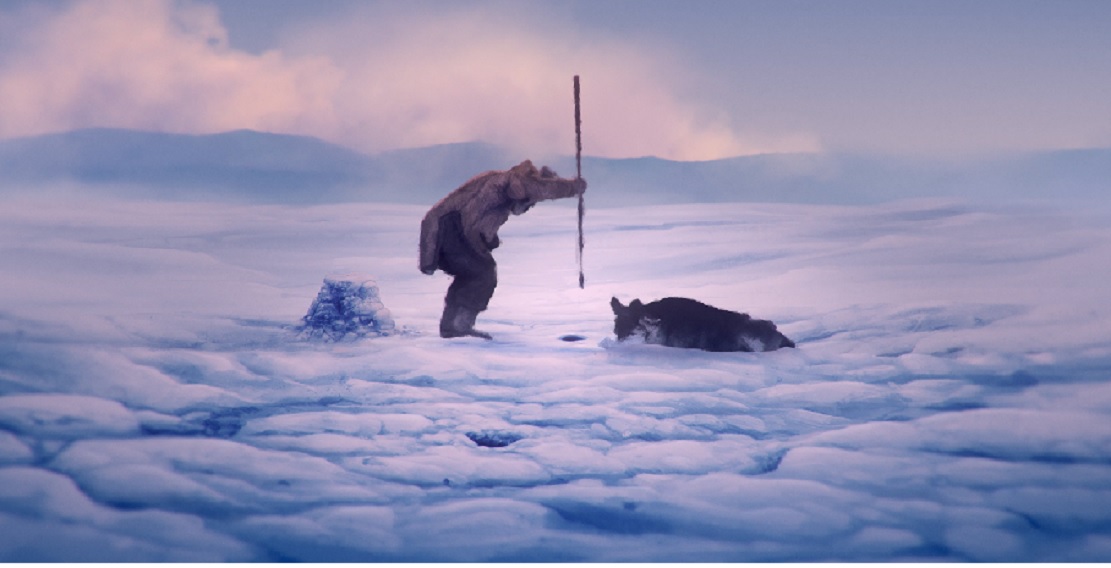 The hunter and his dog awaiting their prey at the breathing hole. ( Taggut Productions, e-d films)

It’s called “Giant Bear”, the tale of a starving hunter whose dogs are dying and who comes across a large breathing hole in the ice such as what seals would use. Instead of seals which meant food for him and his dog, eventually the hunter realizes it’s kept open by a giant bear sleeping below.

Co-produced with Iqaluit-based Taggut Productions, e-d films of Montreal created the ten minute short with game software and experimental processes involving illustrating directly into the software environments. It was also the result of consultations with historians and Inuit to ensure proper representations of artefacts like the sledge, knife, igloo and clothing.

The 12 minute animation tells the tale of survival in the harsh, lonely but starkly beautiful imagined landscape of a high Arctic winter and of a life or death struggle.