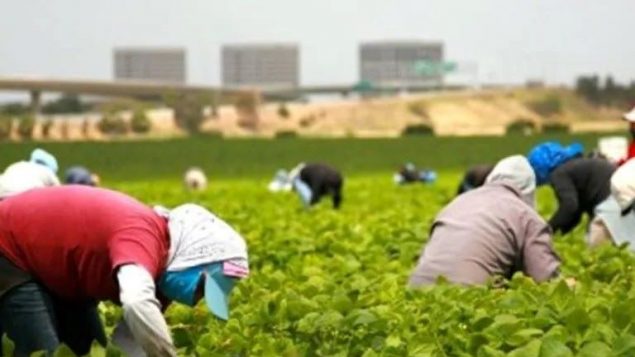 Authorities and health workers continue their efforts to cope with a spike of COVID 19 cases among migrant workers in south-central and southwestern Ontario.

The spike is the latest in a series of crises the industry has faced this year as a result of COVID-19.

Those include the federal government flirting with barring temporary workers, and the late arrival on farms of many of the workers because of quarantining regulations. 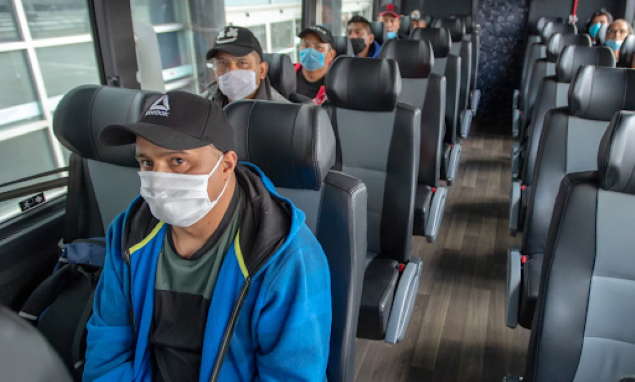 Migrant workers from Mexico maintain social distancing as they wait to be transported to Quebec farms after arriving at Trudeau Airport Tuesday April 14, 2020 in Montreal. (THE CANADIAN PRESS/Ryan Remiorz)

On Sunday, a farm operation in Norfolk County, south of Simcoe, became the latest agricultural facility in Ontario to declare a COVID-19 outbreak that has seen 85 migrant workers test positive for the virus in recent days.

The Haldimand-Norfolk Health Unit said five workers had been hospitalized and approximately 25 others who tested positive are showing symptoms of the virus.

The migrant workers are employed by Scotlynn Group in Vittoria, a major producer of sweet corn, watermelon, asparagus and pumpkins.

On Saturday, the Middlesex-London Health Unit (MLHU) said 11 people at Ontario Plants Propagation in St. Thomas tested positive for the virus, a day after seven of the farm’s migrant workers were confirmed to be infected with the disease.

Ontario Plants Propagation is a supplier that specializes in greenhouse vegetable plants. 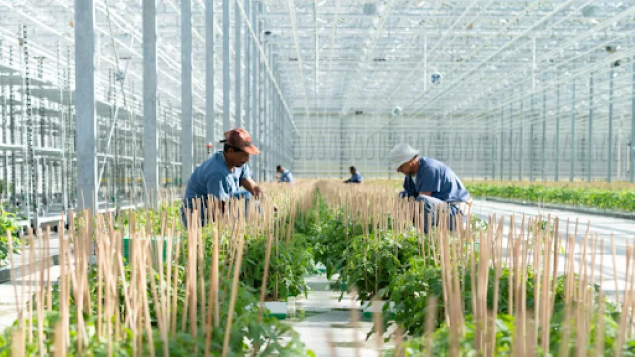 Last Monday, the Windsor-Essex County Health Unit said 33 of the 36 new cases reported were among workers in the agricultural sector — the highest number of new COVID-19 cases reported in a day since mid-April.

On Tuesday, the health unit reported another two workers had tested positive.

Authorities did not say where the workers were employed.

Approximately 70 per cent of migrant workers arriving in southwestern Ontario are Spanish speakers, according to the Migrant Worker Community Program (MWCP).

Authorities say Mexican officials are made available to speak to workers who are infected.

Under the Seasonal Agricultural Worker Program, some 60,000 people – mainly from Mexico and Caribbean countries – come to Canada every year to work on farms and at meat and fish processing plants.