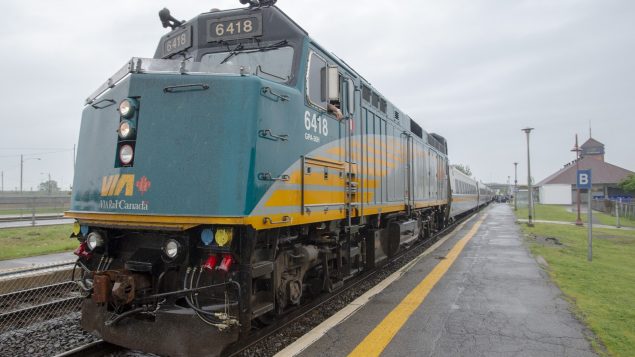 A Via Rail train heading to Toronto is seen at the Dorval station in Montreal on June 25, 2019. VIA Rail is temporarily laying off about 1,000 union workers due to the impact COVID-19 has had on the travel industry. (The Canadian Press/Ryan Remiorz)

VIA Rail temporarily lays off about 1,000 workers amid pandemic

Canada’s national passenger railway service VIA Rail is temporarily laying off about 1,000 union workers due to the impact COVID-19 has had on the travel industry, the company announced in a press release Wednesday.

The layoffs will take effect on July 24.

VIA Rail said that while they’ve seen some positive developments in service resumption, many of their routes remain interrupted. In March, the rail company had reduced its service due to the COVID-19 pandemic.

“Unfortunately, as we don’t anticipate ridership to be back to pre-COVID-19 levels in the foreseeable future, we have had to make difficult decisions to deal with the situation as we gain a better understanding of the impacts of the pandemic on our operations,” Cynthia Garneau, the president and chief executive officer, said in a press release.

This is the second time this year VIA Rail has had to temporarily lay off staff.

Back in February, the company temporarily laid off almost 1,000 workers due to rail blockades in support of the Wet’suwet’en hereditary chiefs’ opposition to the Coastal GasLink natural gas pipeline.

“The current year has been filled with unprecedented challenges,” Garneau said.