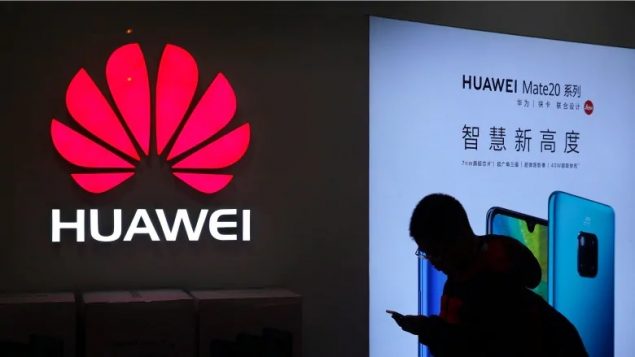 Canada is under pressure from its allies and 5 Eyes partners to ban China’s Huawei telecommunications firm from providing equipment for the coming 5G communications systems. It’s over alleged concerns about the security of the equipment and the company’s close ties to the Communist government.

While many other countries, most notably the U.S., have banned or dropped Huawei from development of their 5G network, Canada after two years is still studying the issue.

Canada is now the only member of the 5 Eyes international security network that has not banned or restricted Huawei’s access to developing a 5G network.  Canada is part of that security alliance with the U.S., Australia,  New Zealand, and the United Kingdom.

Two of Canada’s major telecommunications providers, Bell, and Telus, apparently impatient for a government ruling, indicated earlier this year that they would not be using Huawei equipment as they build the 5G network,

However they say an official ban would pose financial concerns as they would have to remove Huawei equipment already in use in their 4G systems. They would then apparently seek compensation of up to $1 billion dollars according to a Reuters report.

In the U.S, the federal government has a plan to compensate small providers there with up to $1 billion in compensation for removing Huawei and ZTE (another Chinese supplier) equipment from their systems.

Reuters, citing unnamed government sources, says the Canadian government is not favourable to a compensation demand and may be preparing for a legal fight.

“I’m not sure there is a solid legal case that we would have to compensate for making a proper national security decision,” Reuters reported the source saying.

With Canada facing a record deficit and debt as a result of massive expenditures related to the pandemic, the source also noted concern over “the public perception of handing over a billion dollars or more to very large companies”.  At the same time, the government is pressuring Canadian wireless carriers over what it says are excessively high bills for consumers.

The unnamed Reuter’s  government source also noted, “We obviously want to spend money on things we feel are going to grow the economy rather than on something like that (compensation”.

In the past Telus has said switching to other equipment without compensation would increase costs for the 5G network and thus result in higher charges to consumers.

The auction  for the critical 5G spectrum in Canada is set for sometime in 2021.