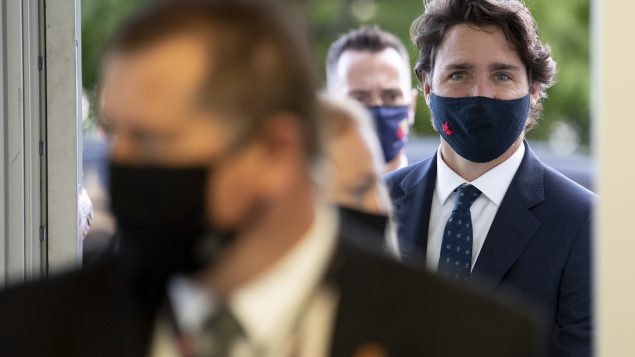 Prime Minister Justin Trudeau arrives for the Liberal cabinet retreat today in Ottawa. The prime minister repeated a warning he delivered last week: the country is far from out of the COVID-19 woods. (THE CANADIAN PRESS/Adrian Wyld)

Repeating a warning he delivered last week, Prime Minister Justin Trudeau said Monday the country is not out of the COVID-19 woods and warned that failure to heed anti-pandemic measures could mean a return to extreme lockdowns like those put in place last March.

“The last thing anyone wants is to go into this fall in a lockdown similar to this spring, and the way we do that is by remaining vigilant,” he told reporters as he headed for a two-day cabinet retreat in Ottawa.

Tam is expected to address cabinet ministers at the retreat, which was originally slated to focus on plans to rebuild Canada’s shattered economy.

The retreat–the first time the Liberal cabinet has met in person since the pandemic struck–comes ahead of next week’s speech from the throne, which Trudeau has promised will outline “a detailed vision for the future and a plan to keep Canadians safe while we rebuild a stronger Canada that works for everyone.” 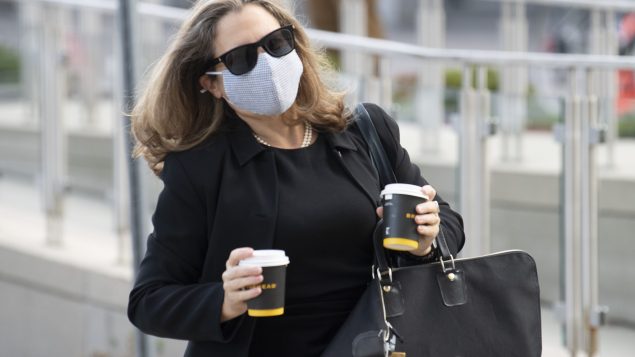 Minister of Finance and Deputy Prime Minister Chrystia Freeland arrives for the first day of a Liberal cabinet retreat on Monday. (THE CANADIAN PRESS/Adrian Wyld)

The Canadian Press reports that–according to sources–the speech itself will focus more on getting through the pandemic than how to rebuild the economy after it’s over.

According to insiders, who spoke on condition of anonymity because they were not authorized to publicly discuss the matter, CP says it will include three main priorities:

Last week, CBC News reported that the government also would use the speech from the throne to signal its intention to make child care more widely available and to launch a green recovery plan.

And, while there were indications that the government would use the speech to launch an aggressive environmental agenda, the CBC’s David Cochrane reported sources saying the recent spike in COVID-19 cases across the country means the immediate focus will remain on the public health crisis and the economic challenges it has created.

In a CBC News story today, Kathleen Harris quotes Justice Minister David Lametti as saying the priority for the government is to tackle the twin challenges of controlling COVID-19 while planning economic recovery.

“We have to map out where we’re going to take the country,” he said. “Obviously we’re listening to Canadians and we’re going to do, we hope, some very positive things as we come out of COVID.”

Trudeau prorogued Parliament last month and the speech from the throne will lead to a confidence vote, which could possibly topple the government and trigger a fall election. 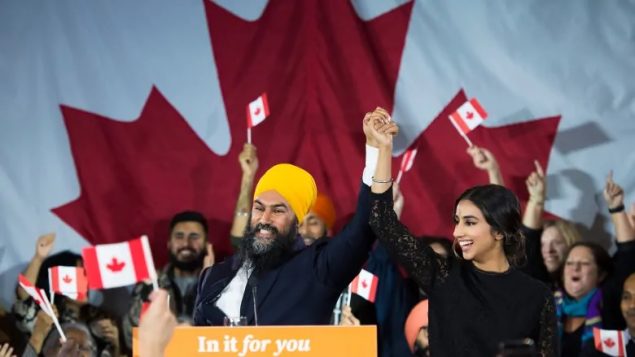 New Democratic Party Leader Jagmeet Singh and his wife, Gurkiran Kaur Sidhu, react on stage at his election night headquarters in Burnaby, B.C., on Oct. 22, 2019. Singh and the NDP have the power to bring down the government this fall. (THE CANADIAN PRESS/Nathan Denette)

Meanwhile, CP is reporting that a guaranteed basic income for all Canadians has emerged as the top policy choice of Liberal MPs.

The Liberal caucus, CP says, is calling on the government to adopt the idea in a priority policy resolution for consideration at the party’s upcoming national convention in November.

The MPs want a resolution on the matter to go directly to the floor for debate and a vote.