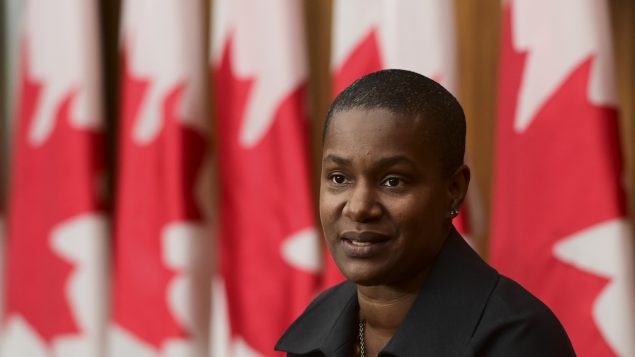 ‘Have bags, will travel,’ says new leader of Green Party

New Green Party leader Annamie Paul says her victory is a sure sign that the Canadian political scene is becoming more inclusive.

Paul became the first black person to lead a major political party on Saturday after she beat seven other contenders to win the leadership of the Greens.

“It is highly symbolic and highly important that I sit here today,” the 47-year-old Toronto lawyer told a news conference in Ottawa on Monday.

“What I bring is hope to all the people who have not seen themselves represented in politics to this point, hope it’s possible we can have a more inclusive style of politics.”

Paul is the second person of color to head a federal party in Canada after Jagmeet Singh took over the centre-left New Democrats in 2017.

Paul faces several challenges. The Greens have only three legislators in the 338-seat House of Commons and she herself is not a member of Parliament.

Paul hopes to win a seat in Toronto where she grew up. But seat she has set her sights on, the Toronto Centre riding, is a Liberal stronghold that was vacated when former finance minister Bill Morneau resigned last month. And the political novice doesn’t have much time to prepare: the byelection is set for Oct. 26.

However, Paul said that if she can’t win in Toronto, she’ll try her luck somewhere else.

“I am willing to run anywhere that the Green Party and our membership thinks it makes sense for me to run,” Paul said, adding that her children are grown and her husband’s human rights work is outside of Canada anyway. “So, I have bags, will travel.”